God's Eye is upon the Sparrow 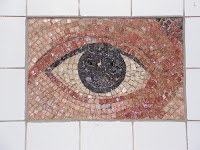 One month ago today, a horrific earthquake devastated Port-au-Prince and surrounding areas in Haiti, an island nation that already had the unhappy distinction of being the poorest nation in the West. The country has been long wracked by violence and government corruption, exploited of its natural resources, and it currently suffers frequently from flooding (because of deforestation as well as tropical storm/hurricane activity). Despite the work of groups like Partners in Health (the organization founded and made famous by Paul Farmer, hero of Tracy Kidder's popular book Mountains Beyond Mountains, which I highly recommend), nearly half the population still does not have access to basic health services. The Haitian people suffer from all sorts of health problems, from HIV/Aids and drug-resistant tuberculosis to malaria and cholera, and most children suffer from water-borne intestinal parasites due to the lack of sanitation in many areas. The average Haitian lives on about $2 a day, mostly gained from small-farming agriculture.
One would have to have kept one's head in the sand this last month to be unaware of the devastation of last month's earthquake. The death toll estimate is 200,000. The presidential palace, UN building and both Roman Catholic and Episcopal cathedrals suffered tremendous damage, and the Roman Archbishop was killed. All of the Episcopal churches were damaged as well as the theological college, the convent, and many of the schools. And of course homes. Many, many people lost their homes and are now sleeping outside because their homes are either destroyed or damaged and unsafe. Soon the rainy season will begin, and what will happen to all the people living under tarps (the Episcopal Diocese is running tent camps that house about 25,000 people) or out in the open? Despite the fact that there has been an outpouring of aid money and relief workers going into Haiti (many basing operations in The Dominican Republic, the nation on the other side of the island), there are so many people in dire need of medical attention and food/water/shelter/sanitation that relief workers and supplies are simply not able to keep up with the demand. Bodies are still being dug out of the rubble, many folks end up with amputations because they cannot get medical attention until their injuries are past the point of healing.
This situation is grave enough to shake the ground on which many religious folks stand. Where is God in all this? If God's eye is on the sparrow, why do things like this keep happening? How can these poor people be continually subjected to disaster after disaster? Pat Robertson stated on his TV show that the Haitian people deserve these relentless disasters due to a pact they made with the devil some 400 years ago. As ludicrous as this sounds (and as untrue as it is), this response is not new. People from time immemorial have wrestled with the problem theodicy: if God is omnipotent, why is there evil? They reason that if God is omnipotent, then God must cause these disasters, and because God is just, these disasters must be punishment for something. Read the prophets in the Hebrew Bible who explain that the destruction of Israel and Judah was God's punishment for their unfaithfulness. How else could they explain the utter destruction of Jerusalem, the Temple, the Davidic dynasty?
One of the most thoughtful responses to this problem was addressed in a sermon by the Right Reverend Steven T. Lane, Bishop of the Diocese of Maine in his sermon at the Cathedral of St Luke in Portland. Click here to read it for yourself; I commend it to you. Bishop Lane suggests that our question needs to be more about our faith and less about God's omnipotence. He points out that God created this world with its tectonic plates, weather systems, gravity and such, and that there are consequences associated with bumping up against these. We know what will happen when we step off a cliff or build homes in a floodplain. Our faith is not about God protecting us from God's ordered and predictable world, protecting us from the consequences of the world's workings. Our faith is about God being with us in the midst of the destruction.
This, too, is the message coming from Bishop Duracin in Haiti. The people know that God is with them; this gives them courage and the strength to rebuild in the midst of the destruction and so much death. Those of us who live elsewhere must continue to be (as Teresa of Avila says) Christ's hands and feet in this world to help them (and us) remember that God is with them.
"Christ has no body now, but yours.
No hands, no feet on earth, but yours.
Yours are the eyes through which
Christ looks compassion into the world.
Yours are the feet
with which Christ walks to do good.
Yours are the hands
with which Christ blesses the world."
God's eye is on the sparrow. And yet the sparrow falls. But when it begins to fall, God sees that, too, and accompanies it to the last. Let us do the same.
Email Post