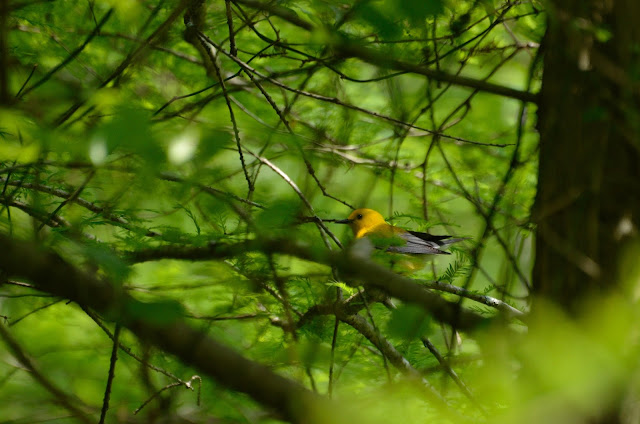 Peter came and said to Jesus, “Lord, if another member of the church sins against me, how often should I forgive?
As many as seven times?” Jesus said to him, “Not seven times, but, I tell you, seventy-seven times.
“For this reason the kingdom of heaven may be compared to a king who wished to settle accounts with his slaves.
When he began the reckoning, one who owed him ten thousand talents was brought to him;
and, as he could not pay, his lord ordered him to be sold, together with his wife and children
and all his possessions, and payment to be made. So the slave fell on his knees before him, saying,
‘Have patience with me, and I will pay you everything.’ And out of pity for him, the lord of that slave
released him and forgave him the debt.
But that same slave, as he went out, came upon one of his fellow slaves who owed him a hundred denarii;
and seizing him by the throat, he said, ‘Pay what you owe.’
Then his fellow slave fell down and pleaded with him, ‘Have patience with me, and I will pay you.’
But he refused; then he went and threw him into prison until he would pay the debt.
When his fellow slaves saw what had happened, they were greatly distressed, and they went
and reported to their lord all that had taken place. Then his lord summoned him and said to him,
‘You wicked slave! I forgave you all that debt because you pleaded with me.
Should you not have had mercy on your fellow slave, as I had mercy on you?’
And in anger his lord handed him over to be tortured until he would pay his entire debt.
So my heavenly Father will also do to every one of you, if you do not forgive your brother
or sister from your heart.”

You may not know this, but there is this thing called God Math. Human math is not my best subject, but even for those who majored in human math, God Math has some especially unfathomable properties. One in Three and Three in One, for instance, One plus one plus one equals One.

Some of the numbers in our Bible stories may look like every day normal numbers, such as 7 or 77 or 40. But they are not. They are more like the number Twenty-Teen. These numbers mean something different to God because God Math is different from our math.

So when Jesus and Peter are talking about the number of times Peter ought to forgive someone at church who cheeses him off, Jesus gives a number that has meaning in God Math, but Peter doesn’t really know what to do with that number. Because, honestly, the numbers that Jesus talks about whenever he uses numbers tend to mean “as many as there need to be” or “all the numbers” or “any number of numbers,” or my favorite, “infinity.” This is just one reason why we sometimes have trouble understanding Jesus. Because he uses God math.

On the other hand, we can figure out something about how much a talent is worth even without adjusting for inflation. The daily wage in the first century was one denarius a day. And there are about 6000 denarii in a talent. Six thousand work days equals twenty years. Even I can figure out that twenty times ten thousand is 200 thousand. That means the slave owes the king around 200 thousand years’ worth of wages, give or take.

No matter what kind of math we use, this is an unbelievable and un-payable amount. And yet, in his mercy, the king forgives it all. All of it. Debt wiped clean.

When it comes to forgiveness, most of us strive to put some parameters into play. We talk in terms of limitations and conditions. IF the person who hurts me displays appropriate remorse, THEN I might forgive them, although I also might not because I am human and frankly, there are some things out there that I might never be able to forgive even once. Or, I know I should forgive, but then the person who hurt me will think it is ok to do stuff like that, so I just can’t forgive them, on principle.

And things really get complicated when we start talking about Hitler or terrorists or serial killers.

Forgiving is one of the most painfully difficult things we are called to even think about, much less do, in life. And yet we beat ourselves up for not being able to do what we feel we ought.

But how about, instead of guiltily puzzling over how many times we are supposed to forgive someone by way of human forgiveness, we consider what God Forgiveness is? Because what Jesus is really saying in the parable he tells Peter is that the amount of forgiveness we receive from God for even the most egregious sins is one of those numbers like 200,000 years worth of wages.

Being righteous, or better put “in right relationship with God” is not about what we do, it’s about what God does. God makes us righteous. We don’t do this ourselves - that is totally beyond our ability. This is God Forgiveness, being restored, made whole by God no matter how unworthy we actually are. There’s no way we could ever repay God for all we have - the smell of loamy soil, the warmth of sunshine and glisten of dewdrops, our fantastic bodies and our complex minds, relationships, the softness of rose petals, the sounds of music, the refreshment of spring water, the taste of chocolate covered strawberries AND repay for all we do wrong, and you can fill in the blank about that one during the confession.

None of us is deserving of anything, as harsh as that sounds. But you and I know it’s true. And yet we are showered with abundance every day. Simply because we are God’s beloved.

What Jesus wants to point out here is this:

We are not supposed to identify with the king in this story. How about instead we identify with the servant whose gargantuan debt has been totally forgiven? Which means, as theologian David Lose puts it: “[M]y first job isn’t to assume or insist that I must forgive incalculable debts, but simply to bask in the unbelievable forgiveness, acceptance, and grace that I have experienced and try … to live out of that. The failure of the first servant isn’t simply that he won’t forgive his comrade, but that he has just experienced an utterly unexpected, completely beyond-his-wildest-dreams, life-changing moment of grace and seems absolutely untouched by it. And for this reason, he lives devoid of any sense of gratitude. His whole life changed…and he didn’t even notice.”

That doesn’t mean, of course, that we don’t still have to consider the part about forgiving others. We do, and it is still hard. The thorny questions remain. But whether or not we can forgive in this situation or that one, because such extravagant forgiveness is possible for God, then it is a possibility for us. We can notice grace.

Even if I am not able to fully live into the overflowing grace I have received, the possibility exists that things don’t always have to be the way they are. Things will not stay the way they are. My life has been touched by God’s forgiveness many many times, starting with the time I came back to church after many years away and spent most Sunday mornings just weeping in my pew, first because of guilt and then out of utter relief at the thought that I could be forgiven for all the stupid, dysfunctional, manipulative, mean, ignorant, and stupid - did I mention stupid? - things I had done in my life.

And I can cultivate gratitude. I can stop and be touched by beauty, I can let go of the sack full of guilt I drag around behind me and accept acceptance instead. My inability to be generous does not have the last word. It is Love that has the last word, always.

And so there is the possibility that because of love, someday I will be able to not only receive, but extend, God Forgiveness at a time when it will mean everything, at just the right time, and will change the world.