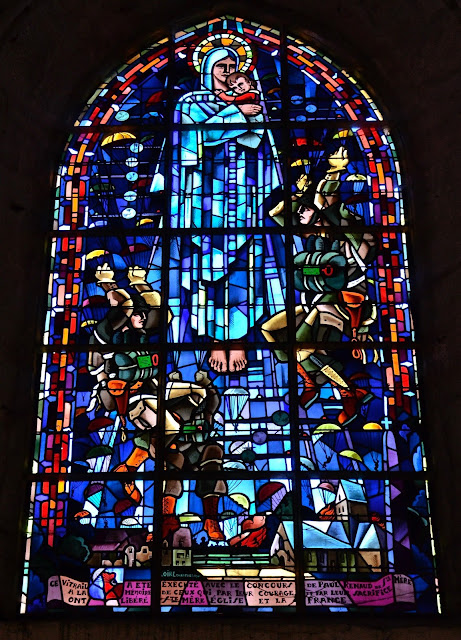 This is the paratrooper window at Sainte-Mere-Eglise in Normandy, the village where, as part of the beginning of the D-Day invasion, on the night of June 4 and into June 5, 1944, paratroopers from the 82nd Airborne Division of the US Army rained down on the village to begin the effort to liberate France from German occupation.

The son of the mayor of the village drew this picture as a young teen, and the major commissioned an artist from the village of Chartres to turn it into this stained glass window in the church. It replaced a window destroyed during the war.