The Glory of God 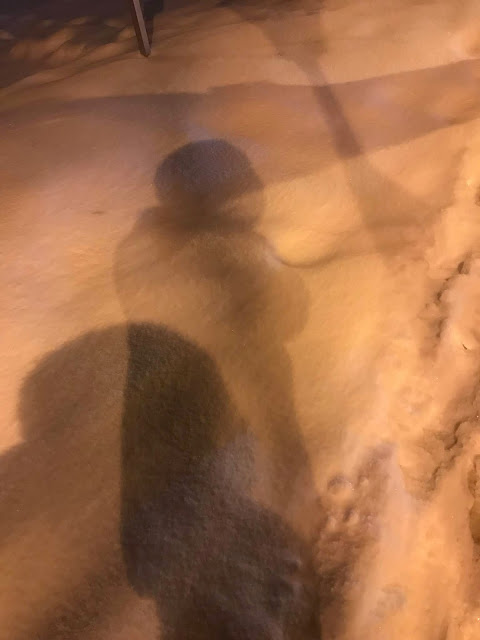 Nearly fifteen years ago now, I spent a few months serving at the Church of the Holy Comforter, a neighborhood parish in southeast Atlanta. Sixty to seventy percent of the folks in that congregation suffer from mental or physical disabilities. On Tuesdays and Thursdays, people who live in personal care homes around the city are brought by bus to Holy Comforter’s Friendship Center to spend several daytime hours participating in arts and crafts, gardening, singing, maybe getting a haircut or a wellness check. And on Wednesday nights they gather for worship followed by a community supper.

A retired priest I knew, Tom Stubbs, was a regular volunteer, serving folks marginalized by poverty and mental illness who came to the Friendship Center. Tom was very hard of hearing and his memory was not so great. So he came up with an idea: why not make permanent name badges for everyone? That would help him call them by their names.

So, by the time I came along, everyone at the Friendship Center was sporting a gold-colored plastic badge on their shirts, with the wearer’s name engraved in large block letters in the middle and “Friend” engraved in fancier letters across the top.

These little "friend badges” turned out to be agents of transformation. A simple plastic pin transforms the schizophrenic man into a friend named Reggie. A simple plastic pin transforms the mentally disabled woman into a friend named Yvette. The regular crucifer and bell-ringer was Friend Barry; Friend John gave little talks about world history whenever the opportunity arose. Friend Anita was an expert weaver. Simple plastic pins transformed the community from an assortment of unusual folks who are labeled in so many (and often negative) ways to a community of people who literally define themselves and each other as friends.

And when I arrived, they called me friend, too.

It was there at Holy Comforter I once witnessed the transfiguration, and I use that word advisedly, of James, a difficult and often hostile man with severe mental illness. The first time I met James, he was climbing the steps to the church and he stumbled. One of my colleagues (we were a group of lay folks exploring a call to the priesthood) reached out to steady him, but James grabbed the railing, pulled himself back up, looked him in the eye and growled, “If you touch me, I will kill you.” We drew back, a little nervous and a little afraid suddenly and acutely aware that we were not, as the saying goes, in Kansas any more. That was our first day at Holy Comforter where there is, as is mentioned on their website, never a dull moment.

A few weeks later, near the end of the closing hymn at Wednesday night Eucharist, James abruptly left his place in the pew and purposefully strode forward to stand in front of the altar. He began rocking back and forth as he does, and I watched with some trepidation, wondering what he was going to do. Suddenly, James began to smile broadly and then he began to positively glow as he first hugged himself and then conducted the congregation in the singing of another joyful round of Jesus Loves Me. His face was shining with joy. My face became wet with tears.

If St. Irenaeus was right that the Glory of God is a human being fully alive, then surely it was the Glory of God I saw that day as James was transfigured - just for a few moments - among his loving community of friends who all knew deep in their hearts that whatever else happens to them, Jesus loves them.

I supposed that James had just had an encounter with God, and God’s glory shone through his face, and I beheld it with awe and wonder. And after that, he was not the same to me, even though his usual difficult behavior returned soon enough. It was just a moment, a fleeting glimpse, but it was a holy and unforgettable moment in which James’s true nature was revealed, and maybe it wasn’t even James but I who was having an encounter with God.

In his book Conjectures of a Guilty Bystander, Thomas Merton wrote so beautifully about the time he was out running errands for his monastery in Louisville, Kentucky, and suddenly he realized that he loved all the people passing by on the busy street, right there at the corner of Walnut and Fourth, that they all belonged to each other and thus could not be alien to one another. He said, “Then it was as if I suddenly saw the secret beauty of their hearts … where neither sin nor desire nor self-knowledge can reach, the core of their reality, the person that each one is in God’s eyes. If only they could all see themselves as they really are.  If only we could see each other that way all the time.”

“But” he went on, “it cannot be explained. There is no way of telling people that they are all walking around shining like the sun.”

I waffle about that last part—why can’t we tell people that they are all  walking around shining like the sun? I imagine I would like it myself to be told such a thing. But I think I understand his point.

Perhaps the emphasis is properly focused on experience - of our seeing that glory among our fellow humans. Perhaps it is not the fact of their shining but our experience of beholding it that transforms us, that liberates us from the bondage of tribalism and prejudice, frees us from our tendency to categorize and hold ourselves out as different (in a good way) from others who we perceive to be different (in a bad way). We are such a fractured people, polarized, splitting into factions within factions (even the church does this); and we abuse each other in thought, word, and deed, in person, on social media, on television, in print and online. We are alienated from each other because of our habit of drawing lines between ourselves and those of other skin color, gender, socio-economic status, sexual orientation, political party, mental or physical health differences, religion, geographical region, educational status, etc. etc. etc. Sometimes I am amazed at how finely we can make distinctions between ourselves and others and dismayed at how easily we slip into seeing others as Other with a capital O - not us, not like us, maybe not even fully human and so not deserving of regard or success or happiness or even rights.

Perhaps it is only on those occasions when the veil is briefly lifted that we can see what has been there all along, the shining secret beauty and holiness of every human heart, which carries within it the imprint and image of God.

Who was it that was changed that Wednesday evening at Holy Comforter? Was it James or was it me? Or was it that he was transfigured and I was transformed upon witnessing it? Such mysterious but essential concepts - transformation, transfiguration, liberation, freedom from illusory difference, joy, relief from alienation, the core of our reality - maybe these cannot be told or explained, but only experienced. And maybe we can only take it in for a moment - a flash - at a time or else we’d just die of constant ecstasy.

And what do we do when we have seen God’s glory? Do we shout, do we cry, do we bow, do we fall to our knees, do we withdraw from the world to think it over, to reflect? Do we babble some nonsense or run away to hide?


What we did do next, both James and I, along with all the other friends wearing their gold-colored plastic friend badges, was to say Amen, and Thanks Be to God, and then we went to the dining hall and ate our supper together.