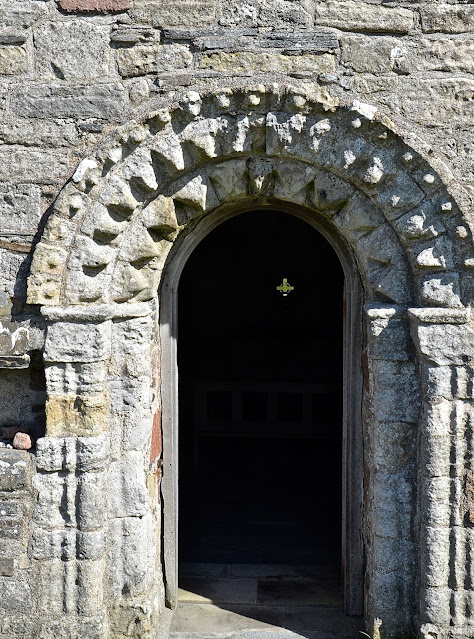 One of the nurses on the wonderful PBS show “Call the Midwife”is Lucille Anderson, who came from Jamaica to serve the poor in London’s East End in the 1960s. She first arrived at Nonnatus House, the home and headquarters of the order of nuns and nurses among whom she would work, by walking for miles through a snowstorm after her train got stuck. She very quickly fell ill, her fever diagnosed not by a thermometer but by the compassionate touch of hand to forehead by one of the nuns.

Lucille herself knows the power of touch. When racism rears its ugly head as she goes about her work, and her colleagues try to find the words to express their outrage and sorrow, Lucille reminds them that this is not the first time she has been rejected. There was a cost to her calling. Often, she said, white patients did not want her to touch them as if they were afraid that the black might rub off onto their own skin.

Touch is such an intimate and powerful thing that some shrink from it, even as others crave it. This last year of not being able to touch each other has been a severe trial for many. And as we begin to regather with friends and even family, some of us feel anxiety about touching, wondering if it is safe now and fearful that it still is not. There is no doubt that touching something makes it real to us in a way that nothing else does.

For Thomas it is touching that transforms his understanding of Jesus from a man he considered his teacher into his Lord and God.

We don’t have a physical Jesus to touch now. Jesus will not heal us by touching our diseased skin or our unhearing ears or our blind eyes himself. So we must grapple with the stories and the difficult concepts in a way that his followers did not. We must try to understand resurrection in a world in which disaster is still happening, where people are still dying and staying dead.

What Thomas now believes in is not necessarily the thing called resurrection. That’s the wrong question. Now he believes that Jesus is God, not just a special friend who did wonderful works. Now Thomas sees Jesus in a way that he did not see him before. He believes IN Jesus, which might be different from saying he believes in a difficult physical concept. Their relationship is transformed and a new intimacy is established, one in which Thomas, with the help of the Holy Spirit, is empowered to carry on Jesus’s work. I’m not saying Thomas doesn’t believe in resurrection. I’m saying Thomas’s belief is not about a concept. It’s about a person.

The writer of the Gospel of John was particularly interested in believing. All through the Gospel, people have met Jesus and had an intimate experience with him and as a result, believe in him. They don’t just believe he exists. They believe he is who he says he is. They believe that Jesus shows us who God is. The whole Gospel is the testimony of those who were with him and believed in him and is written to help others believe, too.

That testimony of John and his cohort, however, is not all there is to belief. Later John tells the story of how Jesus encounters Peter on the beach and asks him Do you love me?and Peter says yes, Lord, of course I love you, and Jesus responds; Feed my sheep, feed my lambs, feed my sheep.

John’s story tells me the truth - Jesus is one with God, Jesus himself is the truth - and shows me his power - Jesus brings about healing and restoration to those who encounter him and reminds us that there must be a response to that truth. My believing needs to have something to do with my own body in connection with my heart and my mind.

So, the question now, today on this Sunday after the Day of Resurrection is: how am I going to respond to the truth of Jesus? For me, a response needs to include actual physical experience,an expression of the power of love in the world that is transformative. And as I think about that today, in this place at this time, I offer my favorite prayer from the New Zealand Prayer Book, the collect for today in fact. It says: “Living God for whom no door is closed, no heart is locked, draw us beyond our doubts, til we see your Christ and touch his wounds where they bleed in others.”

The response of the truth of Jesus is to touch others’ wounds with compassion. This is how resurrection is lived out, whatever we are able to believe about the concept. It is by first seeing those wounds,and then by loving the wounded the way the Good Samaritan loved the man from another tribe who had been beaten and left for dead by the side of the road, by binding up his wounds and seeing to his care, not worrying about the cost.

As Nurse Anderson reminds us, touch is very powerful and if our fears are in control, we may wish to shield ourselves from it. What if the black doesn’t rub off on us but the humanity of the outcast does? What then? And so we may wish to lock our hearts away where they cannot be broken open. There is a cost to being broken open like that.

We respond by allowing our own wounds to be healed and then to love our wounded neighbors with our bodies, minds, and spirits - and to not be afraid of the cost.