Being sent out into the world 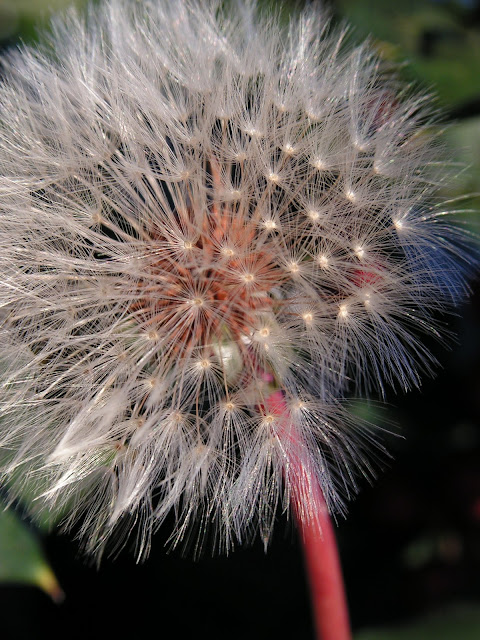 Last Thursday was the Feast of the Ascension, forty days after the resurrection of Jesus of Nazareth. Physicists have long had difficulty with this notion of ascension. Carl Sagan said that if Jesus went up into the sky as narrated by Luke, then he’s probably somewhere in the outer reaches of the Milky Way by now - with plenty of room to keep going since there are so many more galaxies in outer space. That’s assuming that he’s traveling at the speed of light, of course. Otherwise, perhaps he would just be in orbit, going round and round.

People, even those who are not physicists, can be excused for looking slightly askance at Christianity. We make some pretty wild claims. That God became human, born of poor parents, and was raised from the dead and returned to heaven forty days after his death while the disciples watched his feet disappear into the clouds. And when the first group of Jesus followers, all 120 of them, decided immediately after Jesus’s ascension that they must find another person to replace Judas in the circle of twelve, they cast lots to see what God wanted. This was a classic method used in the Old Testament, but it sounds kind of sketchy to our modern ears, as if rolling “snake eyes” means Matthias is in.

But of course these are theological claims that point to greater truths - that Jesus came to live among us to show us God, and that his coming to earth brought holiness to earth and his return to God after his death brought humanity to sit next to God in that eternal realm we call heaven. And all the while we know that that eternal realm is not physically a place that is just over on the other side of the clouds but that the clouds are a poetic representative of something utterly unknowable.

That coming from and going to God is an important aspect of the God incarnate Jesus on earth story, but equally important is the role of humanity in the life of divinity which his story reveals. We are meant to understand now from this preposterous-to-some story that we too come from God and will return to God at our own ending. And so we recall on this baptismal day of little Reece Shepherd the poetry of a more modern evangelist, William Wordsworth, who declared, “trailing clouds of glory do we come from God, who is our home: Heaven lies about us in our infancy!”

So do you feel special now? You should. We are being told that we belong to God. We too came into being trailing clouds of glory, and glory is our destination when our course on earth is run.

Today when Jesus prays to God this prayer for his disciples, he clothes them, and by extension us, in that glory. We belong, he says, to God and we belong to Jesus, and we are made holy ourselves through that beginning and that belonging. And that’s so beautiful.

But it’s also important to note that Jesus is praying this prayer as he is about to leave his disciples in the midst of great danger and turmoil. He is about to be arrested and his followers are in danger. He is about to die and he is leaving his entire ministry to this small group of folks who have misunderstood him at nearly every turn. Jesus’s life on earth was not that “he came, he saw, he conquered.” It was not, “he came, he taught, everybody shaped up and when all was fixed and right, he went on his way.” It was he came, he taught about the way of love, and he was rejected by the world he came to save.

And we are still in turmoil. Things are still not right. We are still fighting with each other near and far, with words and with much worse than words. Eleven mass shootings rocked our country in just one weekend - last weekend. In the place we call The Holy Land, bombs and rockets terrorize the people living there. Jesus and his teachings are still misunderstood. And Jesus is no longer on earth to even attempt to carry those teachings out. I am no longer in the world, he says.

But then he goes on. But they (meaning we, those for whom Jesus is praying), they are in the world. As you (God) sent me into the world, now I send them into the world.

There is no Jesus here on this earth today. But there is us. We are here and we are being sent into the uncertainty, into the turmoil, even into the danger, to carry on what Jesus started. That’s the plan.

So this is what we were made for. We came into this world, like Reece, trailing clouds of glory, fresh from God’s heavenly side, and we will go back there in our turn, trailing whatever earthly stuff needs so desperately to be transformed and redeemed by God - frustration, pain, death, discord, cruelty. We have been made holy for this work, and it is not up to someone else but up to us to carry it on. And next week, we will remember that Jesus sent the Holy Spirit to lead us into that uncertainty as an inspirer, a strengthener, and a comforter.

And will it be a futile effort? We can be excused for thinking so. The world is still full of trouble. An Israeli journalist’s words this week in the wake of what is happening, keeps happening, in his country took my breath away: “Weep for us,” he said. “Weep for this place in the season of wildflowers when it should be beautiful, weep for the dead and the living, weep for God who can’t get us to stop, weep for humanity.” God can’t get us to stop, he cries, so what can we do but weep?

It is a great mystery how beauty and sorrow, joy and pain, sin and redemption sit side by side in the world that God made and God came among us to save. Without the dark, we cannot experience the fullness of the light. Without death there is not resurrection and without grief there is not great love. Without weeping for the tragedy we will not understand why we must press on along the way of love no matter how futile it seems, no matter what the cost. But we have been made holy for this work for the glory of God. And so we do press on (for what is grief, but love persevering?), and we do it for the glory of God.