Grudges and judges, lost and found 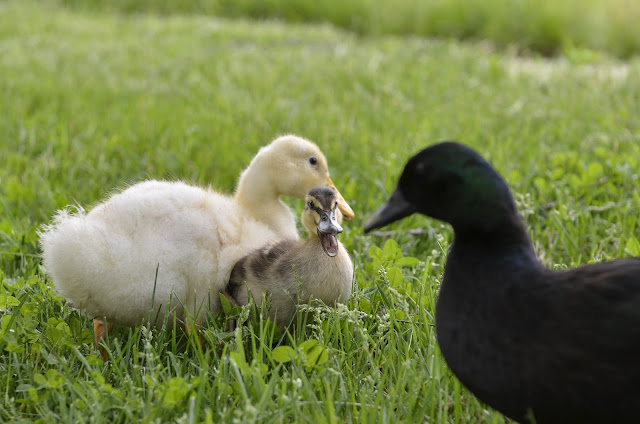 The story we heard today from Luke is one of the most well-known in the whole Bible. For many, it is a favorite. Those who love it are likely to be those who identify with the son who went off and got into trouble, who really messed up, and came home to find love and acceptance; those who at some very low point “came to themselves” and returned to safety from the brink of destruction. Others really really dislike it, for the same reason that they hate the parable of the workers in the vineyard, in which the 5 o’clock workers are paid the same as the ones who went to the fields at dawn: because it’s just not fair.

Most scholars suggest that the story should not be called “The Prodigal Son” but rather “The Generous Father” or perhaps “A Story about Fathers and Sons in Three Acts.” At least one New Testament Professor I’ve read suggested that it be called “The Dysfunctional Family” because, hello? All of these folks - a rebellious and foolish son, a resentful and bitter brother, an undignified father who allows himself to be “played” - look pretty messed up and might benefit from tough love.

Why does Jesus tell this story? Because he has seen how the “establishment” has responded to his teaching and actions. He has come to show what God’s kingdom is like, through word  - blessed are the poor and the ones who are reviled - and action - eating with “tax collectors and sinners” and hanging out with questionable women - because God has blessed all, God includes all, salvation is for all. And those who had been traditionally known as God’s special people were resentful that these new folks were being included - so resentful that they rejected Jesus altogether. Which means that they rejected God.

And so his story is pointed toward those who are moralistic and resentful, as portrayed by the older brother. They are already blessed, already included, already loved but they are still grumbling about these changes Jesus is bringing among them. They do not want to grow as a people. They want things to stay like they are. They are uncomfortable with these new people on whom they look down. They behave differently, they have other priorities, their morals don’t stand up to the establishment’s scrutiny. So the establishment grumbles against Jesus. He is showing them new life, new possibilities, and they reject it.

And not only do they reject “it” but they reject HIM. Their anger is at God who accepts even the outcast, but they personalize the criticism against Jesus, focusing on his behavior and say, elsewhere, that Jesus himself is a glutton and a drunkard. Just as the older son, angry at his father for lovingly accepting his brother, intensifies and personalizes the criticism of that brother, moralizing that not only did the younger one waste his inheritance, he wasted it by consorting with prostitutes.

Jesus came came to show that God could do a new thing among them, came to bring new life, and the people grumbled and criticized and finally rejected him altogether. Like in the parable of the workers in the vineyard, like the prophet Jonah in Dale’s Bible study this month, they resented others being allowed to become part of “the people of God’ without cost.

So maybe the story should be called “The Two Lost Sons.” Because both were lost. One was lost at the beginning but is found by the end, but the other turns out to have been lost the whole time. He was alienated from his father all along - he did all the right things, followed the rules, had every privilege and blessing, but for whatever reason, he never felt rewarded for that, and he bore a great grudge against his farther, and his bitterness ate him alive. He was not happy with what he had, but he also was not willing to change, to the point that he refused to join in a joyful celebration at the end of a long hard day. He refused joy to hold on to his resentment.

And the story ends there, without our knowing if the older brother ever relented and went in to join the party. This leaves the story open for us to join into it. If we are the ones who are grumbling, who are bitter, who cannot let go of old hurts and extend mercy for the actions of family, or maybe of former clergy, or even of God, who surely we all know can present us with stuff that’s hard to embrace, then we are not going to be able to experience joy. We will, like Jonah, sit in our anger and grumble while the party goes on elsewhere.

But if we can let go, if we can extend mercy, if we can decide that we just don’t want to carry the baggage of bitterness around with us any more - and these are decisions we make, not things that happen to us - then we truly can know the joy of Easter, we can know what transformation and resurrection look like in our personal lives and in the life of our parish.

It’s not easy to break out of the patterns of behavior in which we have become stuck. Sometimes we need to be shocked out of them. The younger son had that experience. He came to himself when he found he had hit the bottom. But entrenchment is harder to shake off because it’s harder to see its downside. It’s not so obviously dire in the absence of some bombshell event.

But entrenchment means we stay in the rut that will neither bring happiness nor new life. God wants us to have new life, Jesus was very clear about that, but God can’t make us accept it. Jesus was clear about that, too. We might prefer a God who makes us offers we can’t refuse, but instead we have a God who gave us the freedom to reject him and turn away from new life. But God also gives us the freedom to come to ourselves when we see that we are lost, and allow ourselves to be loved, and, knowing that love, let go of our posturing and moralizing to find ourselves free to wholeheartedly join in the dance.