Not just resuscitated but resurrected 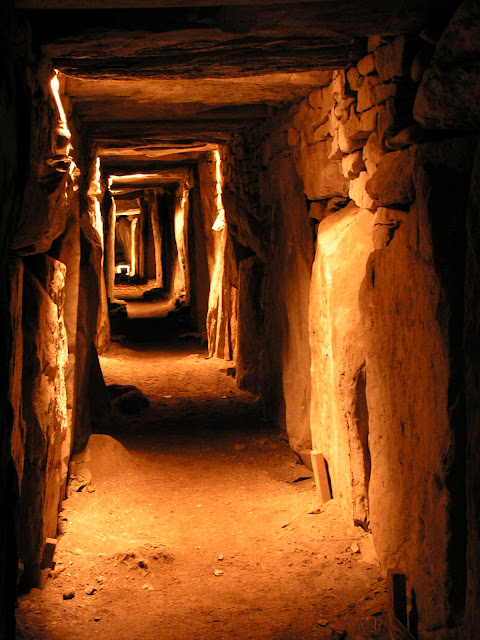 And then Jesus said, I am going away, and you can’t come with me. But here’s what I want you to do - love one another. Love each other, and show the world that you are mine.

I know you think that every time I stand up here I manage to find a way to talk about change, when we all know that none of us likes change and would rather not hear about it, but I just work with the readings appointed for the day, and here they are again, talking about change, about things passing away, going away, changing. Talking about new things that will replace the old.

And in these weeks of the Easter season, we understand God’s work making new creation as resurrection. Jesus was not merely resuscitated, but he was raised from the dead, he became something new.

A lot is made of the fact that the phrase “fear not” occurs so many times in our Scriptures, and no doubt this is because we need to hear that nearly every day, but you might be noticing that “change” and “new things” seem to show up a lot in our Scriptures as well.

So maybe we should consider that we need to hear THAT pretty often, too. Because God is in the business of doing new things, of creation, and re-creation, of transformation, and we all know that this work of God challenges our notions, as well as our hopes that actually, we would like it just fine if things just got fixed up nicely and then would stay that way, for ever more. We would like for God not to do so much change.

When you think about it though, we probably ought to lighten up on asking God not to do what God does best, all this making new and transforming. Because while I’m certain that God has a great sense of humor and loves us very much even in our very human state, at the same time I suspect that God may occasionally look at us and let out just the tiniest sigh, because God would like for us to be more willing to be transformed than we generally are.

So let us consider this then in this Eastertide: The old things pass away and God makes things new. This is what God does, for our own benefit. Indeed for the whole world’s benefit. And the new thing is glorious and is meant to bring us closer to God.

And because times change, God needs to do this, and does do this, on the regular.

And with the new thing comes a respite from suffering as we experience God anew, experience God closer to us.  On the face of it, that sounds pretty straightforward and simple, but of course it is not. Believing in resurrection takes a leap of faith. Experiencing the old thing passing away, being willing to let go and be transformed and changed and made new is not simple and it doesn’t make us feel comforted and confident.

And nobody wants to do that unless they are cornered and have no other option, like Butch Cassidy and the Sundance kid as the Pinkerton super posse closes in.

So, that’s where love comes in. When Jesus was telling is disciples that he would be going away soon - and that it would be to their advantage, believe it or not - he knew that the experience of loss was going to be pretty devastating for them. That being transformed into the new creation he was preparing them to be part of was not going to happen without pain, and grief, and confusion, and probably even anger and frustration.

We had hoped, some will say sadly. We won’t believe without proof, others will say defiantly. We are going to lock ourselves in and not come out, they will decide fearfully. Because all of this is not what we expected and not what we wanted. We liked it better before.

But if they love one another as Jesus has loved them, which is not just about affection and feelings but about wishing the best for them, even at his own expense, even as he gives his own life away so that they can have this new life God wants for them, not only can their bear it (all the change and grief and loss and pain of seeing the old pass away), but they will thrive. They will have new life that points to the Glory of God and God will see it and say, that’s good. That’s very good, well done my beloveds.

I know that some of the conversations we are having here at All Saints these days are hard. We are coming to grips with many things, among them the indisputable fact that we have to be transformed as a parish, and to do that we have to let go of what we were, both the good and the not so good. We have to become a new creation and find a new sense of purpose in a new day and age in a world that has irrevocably changed.

We know that lurking behind the positive feelings about future hopes and potential delight are very real fears about loss and an experience of dawning grief that many things, and people, that we have loved here are no more.

We are wary of what “change” really means, fearful about moving forward into uncharted territory, hoping against hope that somehow we can be made new without anything old passing away.

And it will be good, beloveds. It will be very very good.