It's hard to keep the faith 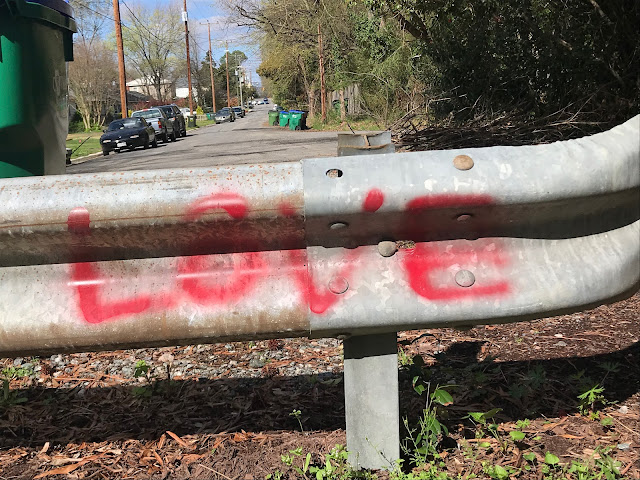 You may not be very familiar with the short book from the prophet Habakkuk, because we only read from his writings one time every three years in the lectionary cycle and on the Feast Day of St. Thomas, on December 21st. As it happens, I was ordained a deacon on the Feast of St. Thomas, and so this was read and preached on at my ordination, and for that reason it has always been a favorite of mine.

We don’t know a lot about the prophet Habakkuk the person - but it seems that he was writing during the time when Jerusalem was about to fall and its inhabitants about to be taken into captivity in Babylon in the late 6th century BCE.

He begins with a cry of lament - how long, O Lord, how long? And then he rails about the injustice he sees all around him - injustice in the way the rulers of Jerusalem are participating in lawlessness, exploitation, and general abuses of power. Why aren’t you doing anything about this, God? He cries. Aren’t you God? What are you waiting for? It looks like your word, your law, has failed. So what are you going to do? Habakkuk doesn’t hold back. He says the quiet part out loud.

Then he goes further. I love this part. He says, look God, I’m asking you a serious question here and I want you to answer me. Now would be a good time. So I’m going to go out here and stand on the walls of the city until you address my complaint. This is reminiscent of Job, of course, but Job’s complaints to God are about what has happened to him, personally. Habakkuk is concerned with the persistent injustice in the world around him - in the politics of the day, the rot at the center of the once-great Davidic dynasty itself which is surely headed for disaster. Habakkuk sees violence all around, not just from the “bad guys” but from those who are supposed to be the “good guys;” he knows that disaster will come as a result of the failures of his king and also that the disaster itself will be brought about by more violence and more destruction and more death and misery. Where is the justice in any of that, Habakkuk wants to know?

This may have been written two and a half thousand years ago but it could have been written this week. Habakkuk asks the question we all ask when we look around and see this disaster in our land and that egregious behavior from our leaders and the continual use of violence to oppress and humiliate and exploit and destroy human beings and all of creation all over the world: how do we continue to believe in the ultimate power of justice (i.e., God) while we live in such an obviously unjust world?

And, amazingly, God answers Habakkuk, and not by sending a thunderbolt to knock that cheeky Habakkuk off the watchtower either. The answer is short and ambiguous - write the vision that tells how things will end, God says, and don’t worry that it seems to be taking too long - justice will come in time - so have faith in that justice, have faith that it will come. You know what the end is - that God will prevail. I am trustworthy and reliable, God says. So have faith yourself, God tells him, and urge others to keep the faith as well.

In these few words God is calling forth all the stories of old, all the stories of how God has been faithful, how God has heard the cries of God’s people and intervened, even if that intervention seemed to come very late in the game. These are the stories that have sustained God’s people through the ages - God is faithful and true and our salvation is secure even if we suffer in the meantime. We are to hold up that vision even in, especially in, times of trouble and seeming disaster.

And so that is the story of Habakkuk the prophet, who didn’t hold back his cries of lament and righteous anger but issued a challenge to God and then went to stand on the city walls and wait for an answer.

Now, I was raised not to issue such challenges, not to anybody, not to doctors or teachers or anyone in authority and especially not to God. So I am thankful for the inclusion of this book in our Bible and the reading from it at my diaconal ordination. There is room for questioning, for challenging, for frustration and for anger even at God in the life of faith. Even in MY life of faith.

But this story does not end with an easy answer. It's ambiguous at best. Injustice is still all around us and it is hard not to wobble while we try to hold out that vision of God’s trustworthiness. Many people I know cannot do it any more. They have lost hope and faith, and I understand that. I've been there myself. If God is God then why is the world like it is? Why hasn’t God fixed this?

The Gospels tell us that God wants abundant life for us now but there are also other messages that infer that it may not be in this world that we finally find peace and concord. That can feel like a pat answer. And if you are the one suffering it is not that great a consolation to hear that things will be better after you die. And for what it’s worth, I don’t think that “it is God’s will" or "it must be God’s plan” is a very good answer to those who are suffering. God does not will death and suffering. That’s not the plan. The plan is salvation, but the way to it can seem unfathomable.

So it is ambiguous. And we wrestle with the question: What is the vision and will we ever see it?

It’s ok to ask these questions. God can take it. God is mystery and God’s ways are not our ways and God’s time is not our time. Sometimes we just have to hang on to the promise that in the end, whenever that is, God’s justice will prevail. We also have to see that there may be injustice over here but if we look over there, we see God at work bringing forth new life. We also have to look for the places that God is faithful now and trust that in the other places, God will be faithful in the future or that God is being faithful in a way we cannot see and to resist the urge in the midst of trouble to resort to violence and injustice ourselves.

And take heart. Listen to Jesus’s disciples admit that their faith wobbles too - and hear Jesus say in response that God is reliable and can do what seems to us impossible. Not as a pat answer but one we can and should wrestle with.

God makes a way out of no way and brings new life out of death and disaster - keep that vision in your sight and when you have the strength, hold it out for others to see in the midst of their own lament.