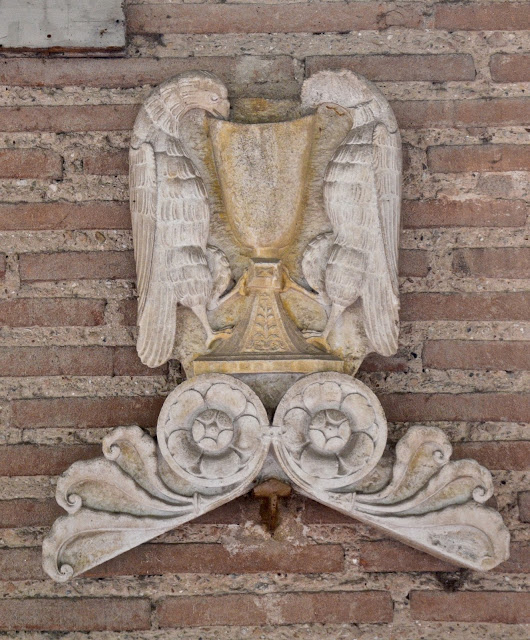 These two birds drinking from a chalice are on display outside the Basilica of Sant'Appolinare  in Classe, outside Ravenna. I believe they were taken from some other church in the area.

In the very early days of Christianity, this symbol was understood by Christians to represent the Eucharist and its power to keep "you"[those who participated] in everlasting life. Those who were not Christians would not necessarily understand the symbolism.

The motif is found in the Roman catacombs as well as on the sides of (much later) baptismal fonts.