Some thoughts on the Lazarus story 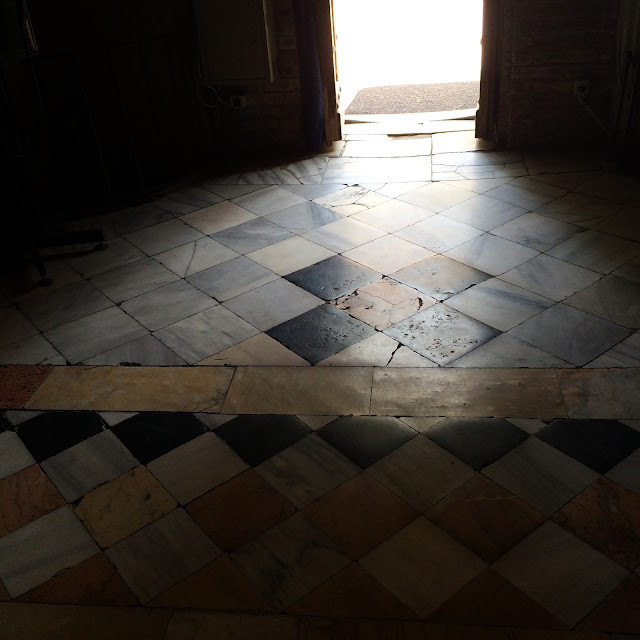 The story of the raising of Lazarus appears in the exact middle of the Gospel of John.
It is the last of the seven “signs” or miracles in this Gospel. The signs are about life, even abundant life as evidenced by the gallons of wine at Cana, the thousands fed on the mountain, the restoring of wholeness to the blind, the lame, and the marginalized. Grace up on grace upon grace.

Not only is the story in the center of the Gospel, but you might call this story a hinge. The unfolding of Jesus has been moving toward this point - the teachings, the encounters, the miracles. And now we reach the climax. It begins with what I like to call The Vindication of Martha - Martha gets to play the role otherwise occupied by Peter in the other Gospels. She, not Peter or one of the male disciples, is the one who says: You are the Messiah! (Take that, all you Martha haters.)

And Jesus expounds on this - he identifies himself as the Resurrection AND the Life. Whatever people might believe about the Messiah or about Resurrection, he stands those notions on their heads to proclaim that he is not just about life the in eternal presence of God after death but also about life NOW. Abundant life, even. That’s why people needed to be given joy at the wedding and food when they were hungry and sight when they were blind and working legs when they were paralyzed. That’s why they needed to know that he was powerful enough to walk on stormy seas to come to them and even to reach into the darkness and depths of death and call his own back into life. Because he wanted them, as he wants us, to have abundant life.

As he stands before the tomb, Jesus weeps and is angry. This is not just grief. This is John’s rendering of Jesus’ agony in the garden. He is about to confront the darkest power in the world. The raising of Lazarus, a story found only in this Gospel, is the event that triggers the final and successful plot against Jesus’ life. He calls Lazarus out from death, and this disruption of the way things are supposed to be - the dead are supposed to stay dead just as the blind are supposed to stay blind and especially on Sundays - is, to some of those in power, a threat. And so there is going to be a price to be paid for this act of bestowal of abundant life. And isn’t that amazing? That someone giving life to those who are lacking is seen as such a serious threat! Some things never change.

After this, the hinge story, Jesus is headed toward his death. We will get there soon.

But for today, we consider abundant life. Which is to be confused with rainbows and constant happiness. I think I’d characterize it more as “full.” Not only are there baskets of bread and gallons of wine but there is also grief. There is also is loss. There is anger and bewilderment. Part of this full life is stinky, as Martha warns. Maybe even gross. Part of life is suffering consequences. Jesus is showing us that this is all part of full, abundant life.

Jesus also shows us that the life of abundance here on earth is also partly our responsibility. Jesus calls Lazarus by name, as he does all of his sheep, and Lazarus answers Jesus the Good Shepherd. Jesus calls him out of death and into life. But when Lazarus comes forward, he is still bound by strips of cloth, the literal wrappings of death.

And Jesus, his work done, tells the people: Unbind him, and let him go.


Since we are not Jesus, we are not called to raise the dead. But we are called to unbind those who are bound in ways that keep them from having abundant life. This is our work. And that work may have consequences. We may suffer because of it. But it is part of our full life, once we understand our own freedom and our power, to unbind the bound, and let them go and live.