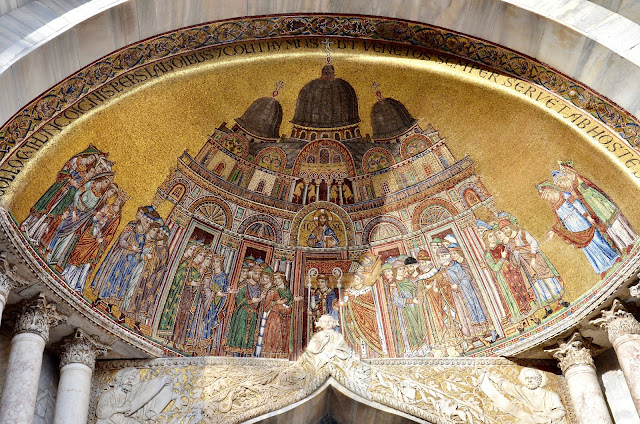 When I was a teenager, I thought I could be a Christian all by myself. This was probably inspired by cultural factors such as the American belief in the “rugged individualist pull yourself up by your bootstraps” thing conflated with the church of my childhood’s emphasis on having a personal relationship with Jesus. It wasn’t exactly a “spiritual but not religious” kind of thing; it was more like an “I don’t need anybody” kind of thing.

I did not particularly succeed at being a Christian all by myself, and not only church but faith sat at the back of my interior shelf, gathering dust.

One day, though, twenty churchless years later, I was visiting a cathedral in England where there was beautiful sacred music being sung upstairs and on display downstairs were some relics of St. Cuthbert, a 7th Century monk who once served as the Bishop of Lindisfarne, a holy island hugging the coast of northeastern England. The music was familiar but I’d never heard of St. Cuthbert, and I was fascinated by the story of a group of monks removing his long-buried body in the year 875 to carry it away with them for fear of a Viking raid. The cathedral grounds eventually became his final resting place and, among other things, his decorated coffin and pectoral cross set with garnets was on display downstairs. It was all sort of weird and sort of fascinating.

As I looked at St. Cuthbert’s things, I experienced something like a mystical vision, a flash in my mind’s eye that connected the beautiful sacred music and the ancient monks carrying the body of their beloved leader to safety and the people milling around in the cathedral and the ones kneeling in the pews in prayer and the misty prayer-filled ruins of other holy sites I’d seen on my visit to England. All of them were connected in this single stream of time, going all the way back from generation to generation and all the way forward to future generations and including right that very minute as I gazed on something I knew to be sacred. Somehow I knew without being told that I was “seeing” the Communion of Saints, that fellowship of all God’s people, living and dead and yet to be born. And if I wanted to step into that stream, I could.

And a few years later, I did.

Looking back, I recognize the longing I’d had to be part of something much bigger than myself, something that existed before me and would exist long after me, that connected me to the sacred, to mystery, to the stars and planets, to time and to eternity, to history and to the future and to right here and now.

I know now that being part of that stream means that I cannot be a Christian all by myself. It isn’t possible. I can say my prayers in my room alone, but I’m still part of this great sacred universe made up of people and traditions and music and art and prayers, held together by the Holy Spirit, the love that binds us to God and to one another. That’s what makes it beautiful. I love to say the prayers people have said for centuries, and experience the music and art from every age that attempts to illuminate the Holy which is hard to grasp by ordinary means.

Eventually, I connected bread and wine, that which I experienced as the key giving me access to the great stream, to living out my connection to God. I came to see that being part of that great stream requires me to recognize and act upon Jesus’s call to connect not just with him but also with those who are struggling in life, to care about their welfare, to speak for those who cannot stand up for themselves, to love my neighbor, every neighbor anywhere because God said through that crazy prophet Ezekiel that All People are Mine and Everyone Belongs to Me, and to advocate for their well-being. I came to see that I cannot rest assured in my warm feelings about being part of God’s family when others lack justice and dignity, when God’s beautiful earth is degraded, when my prayers are not connected with my actions.

And so I came finally to faith: Life in community with God and with people past present future, near and far, with the earth and stars, that requires me to live (sometimes sacrificially) for others, confident that I will always float in that great and holy stream and it will always bear me up.