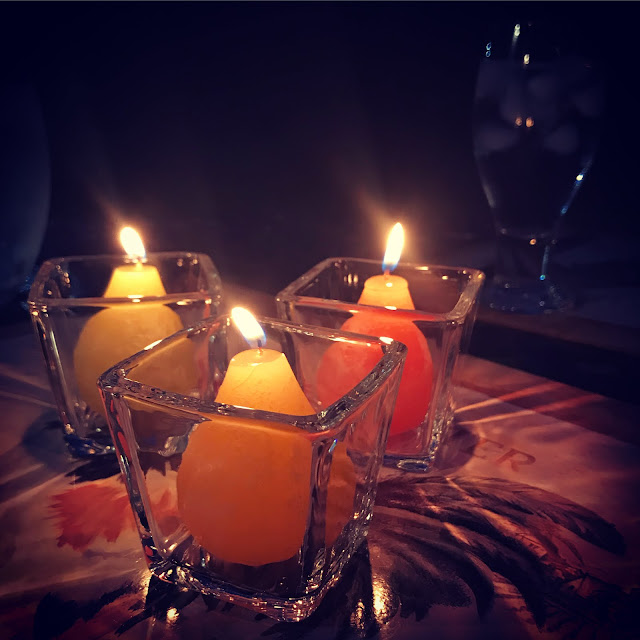 In 1968, I was in the 7th grade, thirteen, no longer a child but sometimes a girl thriving on drama and sometimes a budding adult becoming cognizant of the wider world.

The images on TV were supplemented by images in the Raleigh newspaper and in magazines like Life and Time. Men in helmets, fringe-wearing hippies flashing the peace sign, dogs and water canons, the first photo of our God-created Earth rising above the moon’s surface taken from a spacecraft in orbit. A line of Black men walking down the sidewalk wearing signs that said I Am a Man. On their right stood soldiers with bayonetted guns and on their left were tanks in the street.

In my small town, the local newspaper didn’t carry these kinds of photos. Instead, there were scenes from the high school athletic events and beaming garden club award recipients. Once there was a picture of me when I was the diving champion at the pool. There was news, too, without pictures, news about the ongoing litigation over the court-ordered desegregation of our school system.

The write-ups identified by name and address the Black families that had applied for their children to attend to the white school. To my school. The school board gave out those names and addresses to be published, but what was not reported was when white people in my town went to those addresses and poured oil in their wells or fired shots into their windows or when a cross was burned in their yard in the middle of the night.

On April 3, 1968, The Rev. Dr. Martin Luther King, Jr. gave a speech in Memphis, Tennessee, in support of the sanitation workers who were on strike in the aftermath of the deaths of two workers taking shelter in a garbage truck during a rainstorm. The sanitation workers were the ones who wore the signs that said, “I Am a Man.”

In his speech he called to mind the story of the Good Samaritan, who stopped to help a man who had fallen among thieves on the way to Jericho. He was left for dead on the side of the road, and a Levite and a priest passed him by. They didn’t stop to help the fallen man.

The next day, April 4th, Dr. King was killed. Our local paper was published only twice a week, so the first edition after his death is dated April 9. The headline read: Quiet returns to our community following weekend of violence, arson, and high tension. The article noted broken windows around town, two fires, and the theft of some whisky.
The following edition included a story reporting that despite what the courts said, the school board believed it was not responsible for the violent activities against Black families who had applied to white schools whose addresses were published in the paper.

I was just 13 with the world coming into focus. It made an impression on me that there were people who had to wear signs saying they were human.

These days we see people holding signs that say Black Lives Matter. Some folks get upset by that, thinking that these people mean that only Black lives matter or that Black lives matter more than other lives. But it’s the same as when those garbagemen wore those signs that said “I am a man.” The heart of racism is that a Black man is not a man but something less than a man. When people say Black Lives Matter it’s because they have seen and experienced that Black Lives are still treated differently by our society and by our justice system, just like in my community in 1968 when those who shot up the houses of Black citizens were never charged with any crime. Yes, there has been progress in our country, and I am glad for it. But racism is still a deep wound that has not healed and will not heal as long as Black people are killed over a $20 bill or a broken tail light or because they were jogging. And so people are saying, with a lot of frustration, Black lives are human lives. As Jesus showed that the Samaritan was a human even though he was not a Jew. As the garbage men said, we are human.

In the first Chapter of Genesis, God said, let us make humankind in our image, according to our likeness… and so God created humankind in his image, in the image of God he created them. And God saw everything he had made and indeed, it was very good.

We are troubled as a nation, as a church, as individuals these days. There is a lot of heat coming from many directions. We need healing and I believe God will give us healing. But we cannot paper over deep wounds and cannot deny the experiences of others. As a Christian I am called to hear the cry of the grieving and heed the cry of the one asking for justice, to recognize that my discomfort is nothing like what people of color experience. I am called to be my brother’s keeper. I am called to see the log in my own eye and to keep from putting a millstone around the neck of those who do not have the privileges I have. I am called to repent of my sins, things I have done and things I have left undone. I am called to live out my faith in the world. And so after a week that looked a lot to me like 1968 except that I’m not 13 any more, I am called to say that we have to recognize that the sin of racism is still alive and well and that it will not go away without us white folks doing a lot of hard and uncomfortable work to dismantle it.

Charles Kinnaird said…
Thank you for this message. I was about the same age in perhaps an even smaller town in 1968 (our newspaper only published once a week). Your sermon is an important Trinity Sunday message in that instead of trying to explain the humanity in God, we need to understand the humanity in our neighbor.
June 7, 2020 at 4:03 PM