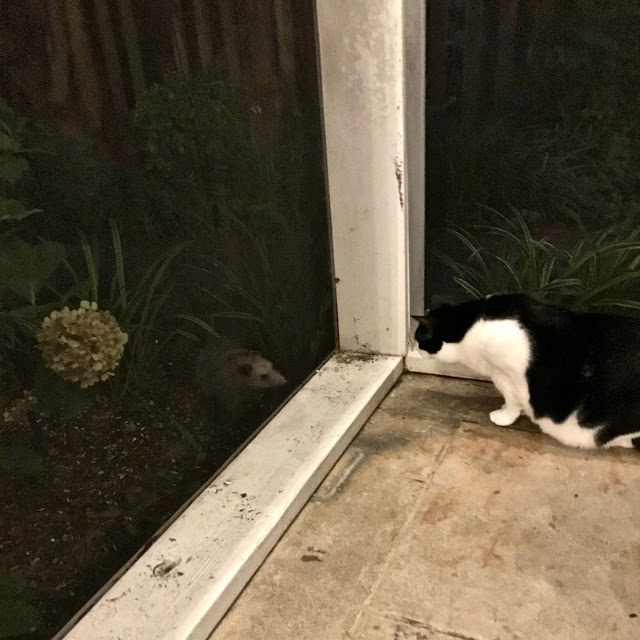 The story of Jesus’s encounter with The Canaanite Woman in Matthew is not my favorite Bible story. The way Jesus calls that woman a dog makes me feel embarrassed and angry. Some people say, oh, he’s just talking about pet puppies, but back in Chapter 7, Jesus was clear. Don’t give what is holy to dogs. Do not profane the holy. The word he uses is not pet puppy. It’s a slur. I don’t like it.

So this is not my favorite story.

But it is a really important story and here’s why: because Jesus changed his mind and made things right. He looked at his beliefs in light of a new experience and understanding, and he changed his mind. This is an example and a lesson for us.

Changing one’s mind, turning around one’s traditional beliefs, is very hard. And it is sometimes very messy and difficult. We worry about being called a waffler, a flip-flopper, inconsistent, fickle even. We worry about appearing to dishonor tradition, worry that doing things a new way, or embracing a new point of view, suggests that we are casting aside our parents, our society, our history, and saying that our family, our society, our history, our former belief or action, was bad. A change of mind or opinion might be a threat to the memory of those we mean to honor.

But actually, there are several places in the Hebrew Bible where God changes course in light of new information. Usually it is when God has planned destruction but in the face of repentance or vulnerability God decides to hold back. But also God sometimes decides to do a new thing that expands the notion of who are God’s people. Our reading from Isaiah is such an example. Back in Deuteronomy 23, God declares that certain people are excluded from “the assembly of the Lord.” This includes foreigners as well as eunuchs and children of irregular marriages. But Isaiah reports that God has now declared the Temple to be house of prayer for all people, specifically naming those formerly prohibited in Deuteronomy. (Our reading leaves out the part about eunuchs.) And those formerly named people were all from the outer edge of the category we might called minority or marginalized today - not just the sick or poor or needy, but the damaged and the hated. The Not Like Us people.

So it feels really important to see Jesus change his mind, even if it is hard to watch from the beginning.  To see Jesus allowing himself to respond with the grace and mercy that is his essential self to someone who he initially considered beneath his notice and not his problem. It feels really important to see that it is holy work to change one’s mind when it comes to extending grace, love, mercy, respect and dignity.

It also feels really important to see the Canaanite woman persist in the face of Jesus’s dismissal of her, in the face of his rude comment. She doesn’t sit meekly and wait but instead insists that her supplication for mercy be heard. She entreats Jesus to look at her and see her as a human being and not just as a Canaanite woman, a foreigner, a person with no value or agency. She struggles with Jesus, she engages him, and she tells him her truth, and in light of his experience, when he really hears what she is saying and recognizes the part he has to play in this situation, recognizes THAT he has a part to play in the situation, he changes his mind and restores her daughter to health.

So it seems to me that this is an important story for us today, to see Jesus show his prejudice, and to be challenged, and to change his mind.

We are a divided people in many ways. Politics divides us deeply but even more urgent are our racial divisions. Many of us who are white are just now beginning to hear people of color speaking their truths. We are being confronted with people Not Like Us wanting us to hear them, to hear their experience and their frustration at the lack of justice and mercy extended to them, not just now but for generations upon generations. We are being asked to recognize our privilege and our prejudices - and not in order to be subjugated but in order to be allies. In order to heal some very deep wounds. In order to respond to these words, spoken or unspoken, “Help me.”

And it is messy. It is difficult. Everyone is not behaving perfectly, right out there in the open for all to see, and that makes us want to turn away. But that’s what privilege is, being able to turn away without consequence. Jesus could turn away and his mission would go on. But the woman would live forever with her torment.

So I believe this is holy work, struggling with our histories, our preconceived notions, our prejudices, and yes our fears of losing what we have. It is holy work to allow ourselves to be confronted by others’ truths and experiences and to be willing to change our minds, to expand our understanding, to grow.

And that is not dishonoring the past, it is being set free by the truth.