Drawing and undrawing the lines 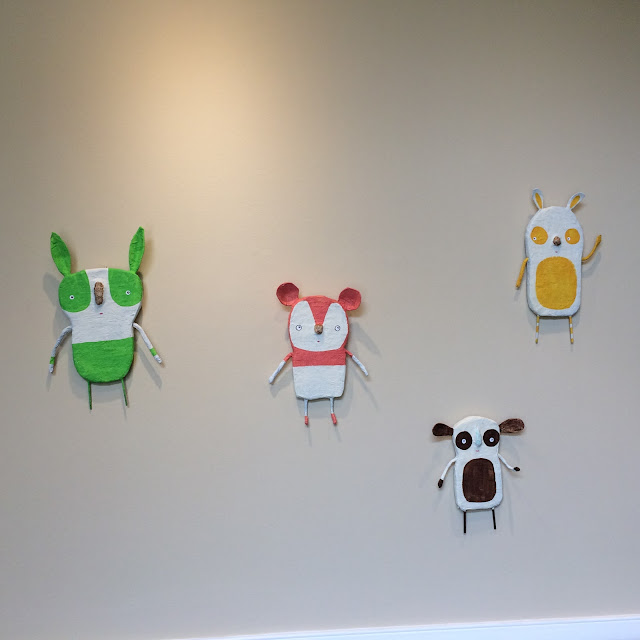 When St. Paul wrote letters to the Corinthians he was most interested in how they behaved together as a faith community that was embedded within a larger sophisticated, complex, urban society. You are called to be different, he said to them, different than the rest of the world. This is pretty much what Jesus said, too. The world has its ways, and we have to do better than that. But what prompted Paul to write to the Corinthians in the first place was that their community was actually failing because the boundaries between the church and the world around it were collapsing.

Everyone thought that Jesus was going to come back soon. And so most of the communities founded by Paul were focused on internal questions. Some of them, such as the Ephesians, were worried about their salvation and the salvation of their loved ones who had gone before. And so often his instructions to them were about their internal workings apart from what was going on in the world around them. They were concerned with the poor, the widows, the orphans, the sick - but mostly the poor orphaned widowed sick among themselves. Because they thought that they didn’t need to be concerned with the rest of the world. But as time went on, and Jesus didn’t come back, then the world came in closer, and the communities were not sure how to differentiate themselves while still living in the world, how to evaluate what in the world could be holy and what was not.

And here we still are in the same situation, since Jesus still has not come back. How are we to be a community embedded within a complex society that may or may not share our values? And are all the world’s values in conflict with ours or just some of them? If we are called to be in the world but not of it, then how do we know where the boundaries are?

In our reading today, Paul continues the conversation from last week about spiritual gifts. He has been urging the Corinthians not to be thinking that some of them have gifts that are better than others’ gifts. It is not ok to say to another in the community, I have no need of you. They all needed each other to be whole. But Paul was still thinking about the internal community much more so than the community around them. He welcomed all into the community, to be sure, but he was less concerned about care for those outside of it.

Jesus, however, had something a little different to say. In quoting Isaiah, that the good news was about giving sight to the blind and freedom to those who have been oppressed and to announce God’s favor to all, and to say so as his first public teaching (at least in the Gospel of Luke), Jesus is announcing what sort of Messiah he is, and what sort of values are God’s kingdom values. His message in the synagogue that day is that the good news is for all. Freedom from oppression is for all. God’s favor is for all. Not just the Jews, not just the members of the community in which he was speaking and teaching, but to all. And you know what happened next? Read the next few verses after our reading today and see that the people who heard him say this, say that God’s favor is to be extended to the outcast, even the ones they themselves have cast out, that God is for those the community would like to shun or dismiss, those people were incensed. They stood up and they drove Jesus out of town to the edge of a cliff with the intention of throwing him off that cliff. But he slipped away.

Communities of faith have wrestled with questions of inclusion and exclusion since the very beginning. Jesus announced that he was erasing the boundaries that they were drawing. He hung out with the people they looked down on, people they disapproved of, people they thought were not worthy to be among them, people who they considered immoral. Jesus did not keep to their conventions. And instead of hearing that news with joy, they wanted to throw him off a cliff. They kept drawing boundaries. We keep drawing boundaries.

I’ve been on the other side of the boundary in a community. When I was in my last year in seminary, about to be ordained a transitional deacon, I was sent to do a field work placement with a parish that had not experienced women’s leadership before. In fact, they had made known that they were opposed to women’s leadership in years past. But some among them were ready to move beyond that stance, they now had women on the vestry at least if not serving at the altar, and so I went, with some trepidation. I wish I could say that it turned out not to be a big deal, but it was, at least to some. There were a few people who would not receive communion from me. There was a guy who sat in the back row and turned his back when I was preaching and another person who just got up and walked out. Most people didn’t want to talk about it, at least not with me, but one woman did explain to me that it was probably all right for me to read the Gospel and set the table, but she would never be able to receive communion from me because it might be an invalid communion, and then she might not be able to go to heaven and join her husband who died many years before. So she was sure I could understand that she had to draw the line against me. Nothing personal.

We keep drawing boundaries. And Jesus said, right off the bat, I’m here to push them over. There is a cartoon I love by a guy called The Naked Pastor showing people with big pencils on a grid drawing the lines and Jesus going along behind them with his pencil upside down, using the eraser. The person nearest him is not pleased. I often look at this cartoon and ask myself, am I carrying a pencil or an eraser today?

As we continue to discern who we are called to be in the world, and as we confront our fears and opportunities about how we will grow as a community, as we imagine how to offer hospitality and welcome, let us remember Paul’s directive - we do have need of each other in all of our diversity to be whole - as we set our sights on discerning how we will go out into the world to follow Jesus to set the captives free. 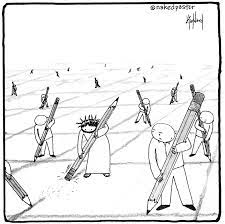