Some Thoughts on the Martyrs of Japan 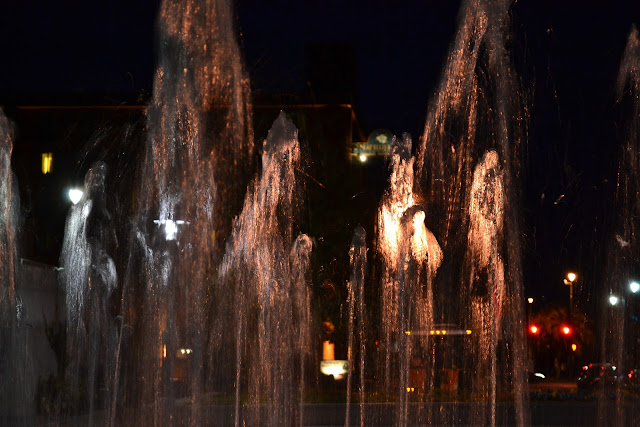 The Christian faith was brought to Japan in 1549 by Francis Xavier, the Jesuit missionary. Within fifty years, there were about 300,000 Christians in that country.
The sixteenth century, of course, was a time of great exploration and missionaries were very much a part of the mix. Ships were sailing from Spain and Portugal, especially, to The New World as well as to the Orient, in response to a new emphasis on the quest for land, gold, spices, trade routes and fame on the part of monarchs and daring explorer-types.
And every explorer’s expedition included Christian missionaries intent on the spread of the faith.
And so Christianity came to Japan as it did to many parts of the world at that time, amid a mix of politics, business interests, and religion.
Of course there were other religions already in Japan - Buddhism and Shintoism. And there were different kinds of missionaries - some Jesuits and some Franciscans - in addition to different kinds of explorers and businessmen. For some, the pattern of Western conquest seemed suspicious. First the missionaries, and then the armies.
If you’ve seen the movie “The Mission,” even though it takes place in a completely different part of the world, you still might get the idea of what ingredients were in the soup in Japan at that time.
When Christianity got big enough to notice, the Buddhists and the Shintoists began to complain about the Christian preachers who were attacking their religions. And the Franciscans and the Jesuits were competing with one another for converts as well. Then there was the suspicion about what the Westerners were really up to in Japan anyway, which was not helped by comments by some ofthe traders from Spain who had set up trading posts in the Philippines.
And so Christianity was banned and a persecution began. The first victims of the persecution were twenty-six Christians who refused to step on iron images of Jesus and Mary after they were ordered to do so to show their repudiation of the Christian faith.
The martyrs were comprised of six European Franciscan missionaries, three Japanese Jesuits , and seventeen Japanese laity.  They ranged in age from twelve to sixty-four. On February 5, 1597, they were executed at Nagasaki in a form of crucifixion by being affixed to crosses and then pierced with spears.
Not long after that, Christianity went completely underground in Japan, and it existed without priests or scriptures or churches for more than 200 years.
It’s a sad story, the part about the martyrs and all the misunderstandings that surrounded the whole situation.
But having a faith worth dying for is not a sad story.  The strength of the faith of those who were killed lived on in the underground church - the strength of their faith was what gave the church life, real life.
Most of us will not be called upon to die for our faith. That’s not a sad story, either.
But it is worth remembering that a faith worth dying for is what Jesus had.  It was not a faith of feeling pretty good about some things. It was not a faith based on being nice to people or belonging to a nice community of like-minded folks.
It was worth dying for. So, too, these Japanese martyrs, and so many others who died for and because of their faith.
And their deaths strengthen our faith.
Because we want to believe in something worth dying for, don’t we? We want our faith to mean something more than membership in a club.
We want it to be real and strong - so strong that when it comes time for us to bear whatever we have to bear, our faith will be our rock.
It will draw strength from those who have gone before who have borne more than we will have to bear because they believed in something worth dying for.
Because they were brave and true and faithful,we will draw on their strength when the time comes for us to bear whatever we have to bear.

Bill Bynum said…
A very nice essay. Your last sentence captures clearly the relevance of both the story of the Japanese Martyrs and the Christian martyrs in the film "The Mission".
February 6, 2013 at 12:39 PM

Penelopepiscopal said…
Thanks, Bill. I have a lot of trouble even imagining what such a life would have been like. We owe these folks a lot in the story of our faith.
February 6, 2013 at 2:37 PM