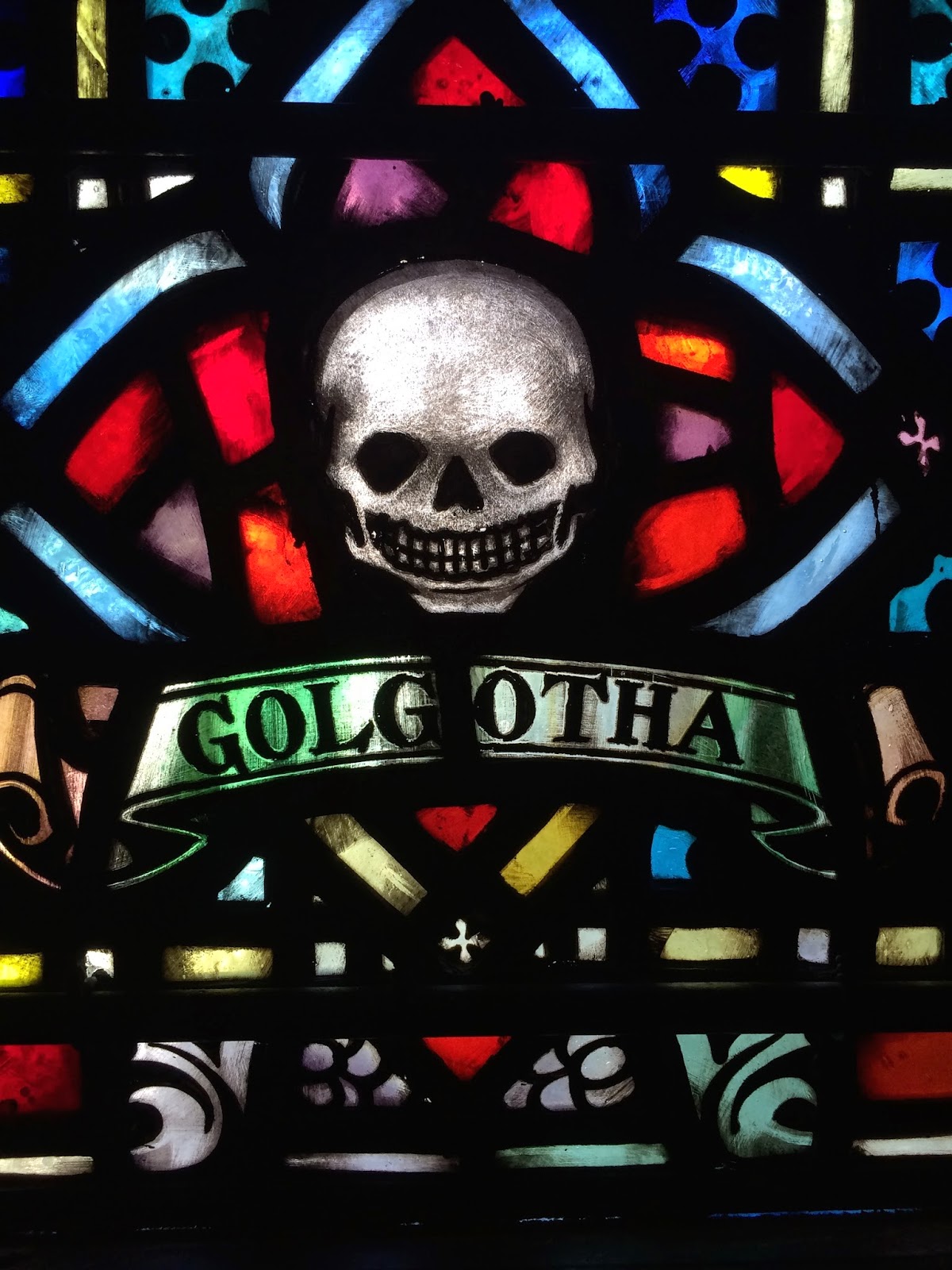 My God, my God, this is an ugly story.  It’s in all the Gospels, and we read it every year, yet it is tempting to gloss over this so we can get to the good part. But God has something to say to us here. And so today we must look again and listen closely.

Jesus has been arrested by a cohort of both imperial soldiers and Temple security police. They take him to the religious leadership, where he is questioned about his friends and his teachings.
They take his answers to be smart remarks. He has not bowed to their authority.  They want him silenced.

A guard hits him in the face.  Peter, himself afraid of the authorities, denies him.  Jesus is taken to Pilate, the local Roman governor.

Pilate and his soldiers dress Jesus in a crown of thorns and a purple robe to mock him. And then they beat him up and they bring him out and show him to the people to humiliate him.

And the religious leaders and the police and soldiers see how he is humiliated and see his face all black and blue and they despise him.  They shout out their demand that Jesus be crucified.  The people also clamor for his death. They hate what they see, this man who seems weak and powerless against them all.

This scares Pilate.  The people are showing their strength as a mob.  They are not being docile or obedient after Pilate and his soldiers have flexed their muscles by beating Jesus up, parading him around in a pretend king’s outfit, exhibiting the public humiliation of a bloody and bruised man.

This “moderate” show of violence should have done the trick.  Should have reminded the people that the imperial government has the power, and this is what they can do with it.

But the people are agitated, perhaps by the smell of blood, the smell of fear, the public display of something shameful.  It is going to take more than this.  Pilate is nervous.

He goes back to Jesus and demands to know where he is from.  Jesus, who has just been beaten by this man’s soldiers is now silent in the face of this demand for an answer.

An incredulous Pilate says to him, “Don’t you know that I’ve got all the power here?  What are you thinking, man, that you refuse to answer my question?”

So Jesus does answer Pilate.  But not his question.  He merely states that there is a power higher than Pilate, and that, in truth, Pilate is completely powerless.

Now Pilate is caught between a rock and a hard place.  Jesus has made what sounds like a subtle threat to him on the one side, and the people are overtly threatening him on the other.  The people play a political power card.  They goad Pilate. They shout that they will expose him to the Emperor, the most powerful of the powers that be, at least in Pilate’s mind, if he does not do away with Jesus.

So Pilate stages an even more elaborate show.  He brings Jesus back out — Jesus with the bloody face and the pretend king outfit.  “Shall I crucify your king?” he shouts sarcastically.  He goads them back, he pumps them up.  Pilate shows the people - this is what else we can do:  not only can we beat you up, but we can kill you.

And the religious leaders answer, Jesus is not our king.  The Emperor is the power WE respect.

Ah yes, this is the correct answer.  This is what Pilate needs to hear.  The religious leaders respect his power, his ruling authority, and the people support his power to put troublemakers to death.  This is the answer Pilate must have, the answer all his posturing show was meant to bring about.

And then he handed Jesus over to be crucified.  Pilate and the leaders together, with the people jumping in to have their say.  (“Don’t say he IS the King of the Jews but that he SAYS he is King of the Jews.”)  They all share in the power that the use of violence seems to give.

And everybody else stands there and watches.

And at the end of the day, when the Sabbath is about to begin, the soldiers go with clubs and break the legs of the men still alive on their crosses so that they will die more quickly.  Since Jesus is already dead, they cut him open with a spear.  Because this is a weekday activity, this beating and mocking and killing.  Not something we want to see on the Sabbath, especially around a big religious holiday.  We all need to get home to fix a special dinner and have our religious observances.

This text has been used to vilify Judaism and to justify the killing of Jews in revenge for this act against Jesus.  But this is not about Jews versus Christians.  John was written by Jews for Jews.  There were no Christians at the time of Jesus, and John’s Gospel was born out of a deeply divided community of Jews who were each trying to prove the other wrong about Jesus.

For John, “the Jews” means “those other Jews” - those in the community who don’t believe what we believe. For John, violence and power are what the bad guys use.  The bad guys (those other Jews, not us Jews) want to kick their rivals out of church.  And what’s more, the bad guys beat people up and even kill them.  Jesus never lifts a hand to retaliate, or even to defend himself.

Somehow we don’t always seem to get this.  Those who have gone out to do violence to non-Christians, something we have seen once again just in the last week, don’t get that they are buying into the world of Pilate.  The world appeals to our basest emotions.  The world wants us to be afraid so that we will be obedient and allow someone to have power over us.

The world wants us to fear the unknown, to despise the one who is weak, to blame the victim, to shut down the one who goes against the grain, and to fight our uneasy sense of vulnerability by asserting our power, using violence - physical, emotional, social - if necessary.  Or approving the use of violence by those who run the show.  Or at least accepting that violence is just something out there that we can’t do anything about.

This story may have taken place 2000 years ago, but it also describes our world, where fear and hate still hold sway and where someone who does not play the game by the rules of those in power will suffer the consequences.

We are all caught up in this world of power and violence - physical, emotional, social - in one way or another.  Some of us are implicated as perpetrators.  Some of us have been victims, and we may hear this story and feel our own humiliation and pain.  Some of us are just standing by in our own bewildered grief trying to hold up some kind of hope.

On this day, we look at Jesus being beaten, being humiliated, bearing the brunt of the world’s anger and frustration and its fear; we see Jesus betrayed by a man whose feet he washed, and deserted by those with whom he ate.  And maybe some of us can see what we have done and some can see what has been done to us or to those we love.

And yet, amazingly enough, this is the world that God wants to save.  Our world that worships power and justifies violence, that thinks the work of the world is for business days and that religious matters are only for religious days.

This is the world to which God sent angels over and over to tell God’s people to fear not!  Don’t be afraid!  Because fear is what gets us every time; it’s what makes us think in terms of us and them, winners and losers, powerful and powerless. 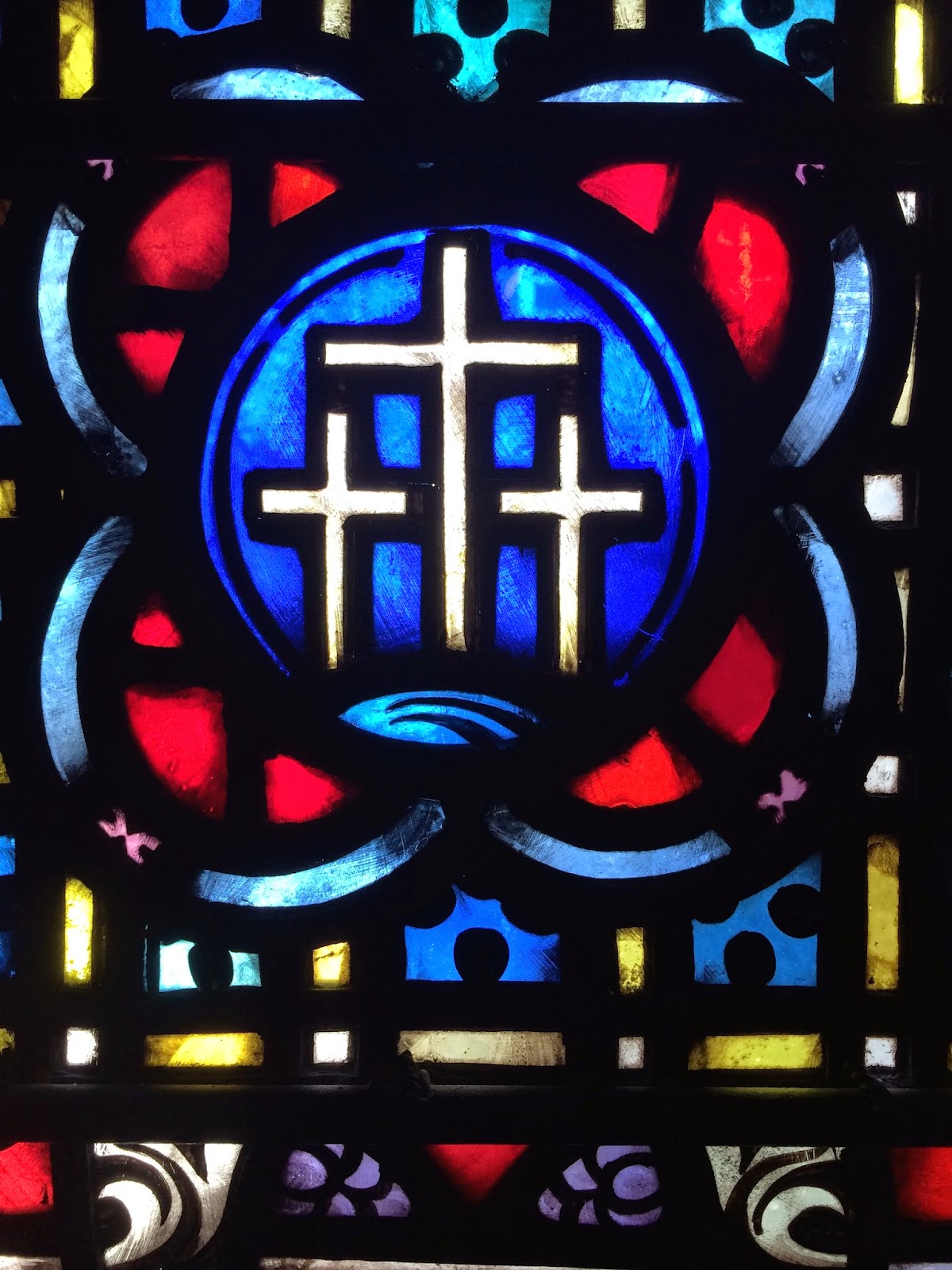 It seems to me, as we look on this heartbreaking convergence of hatred, violence, fear, power-mongering, along with brokenness and powerlessness — this is the way Jesus draws us all to himself: gathering us all together the way a crash, a smash up, so powerfully draws the gaze and attention of us all - perpetrator, victim, and by-stander alike.

And so we are called to stand together today, as painful as it is, and look upon this man the world despised and finally, finally see the web in which we are all caught up and realize that the world’s ways are not God’s ways.


Today, we have seen the world’s ways. But on the third day, we will see God’s.

Ray Barnes said…
Excellent para-phrasing Penny. Thanks for this.
The last sentence rounds it off perfectly.
Easter Blessings
April 18, 2014 at 5:37 PM