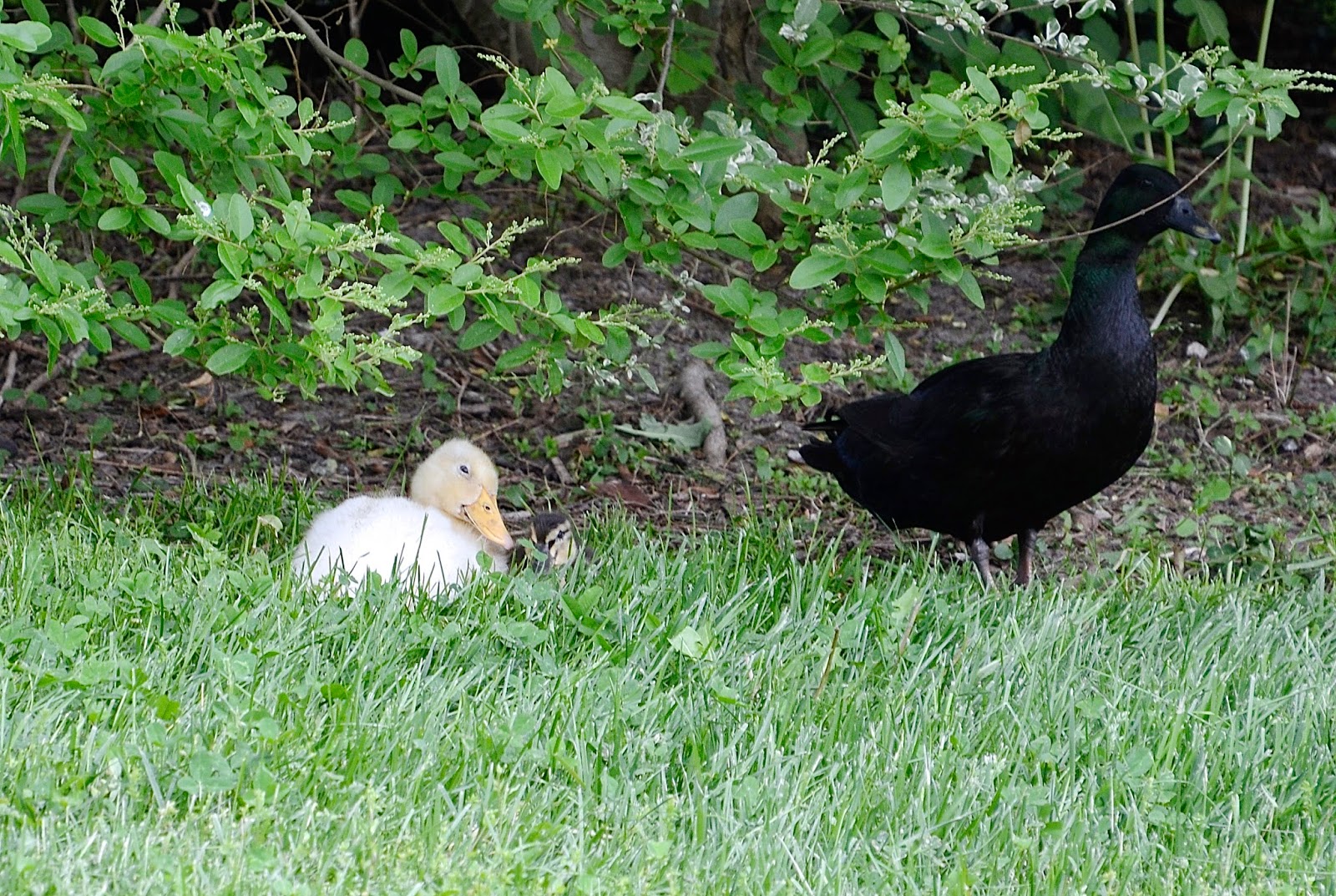 I went out to the pond last Saturday to find some new ducks there. I first noticed a large, very dark, full-grown duck. Beside it was something that looked like a balled up bag or something. And then I saw a little mallard duckling's head pop up beside the balled up something.

Fortunately, I had my camera with me and via the zoom lens discovered that the balled up something was actually a large fuzzy yellow duckling.

I watched them for a while and got closer to see that the large black duck was iridescent - black and blue and green all together. I'd never seen such a duck. (I looked it up when I got home and discovered that it is a Cayuga duck.)

All this was very curious until a man came along and explained that he had brought the ducks to the pond that morning. He said that the black duck had been living in a barn for a year. The large yellow fuzzy duckling would grow to be a white duck, and the mallard baby was one of several that he brought. (I expect that the fuzzy yellow one was someone's Easter present.)

The others had already followed the mother mallard, who had lost all but one of her babies last week, into the drainage pipe where she sleeps at night. He said that the ducklings were cheeping in their box and when the mother duck heard them, she began quacking herself and then the ducklings could hardly wait to get out of the box and run to her - all but the one who chose to stay close to the yellow duckling.

Family is what you make it. I hope they will all like their new home. 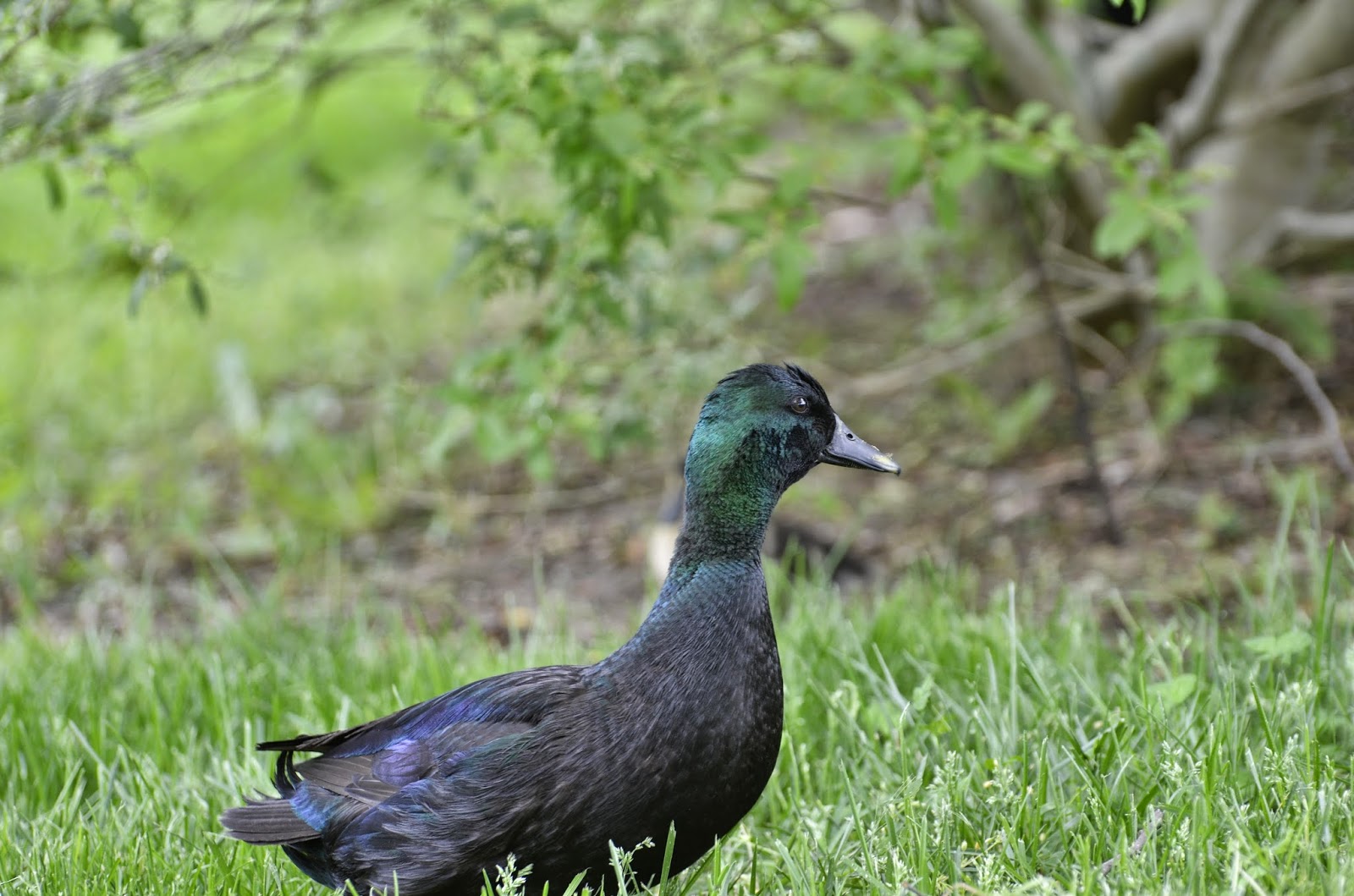 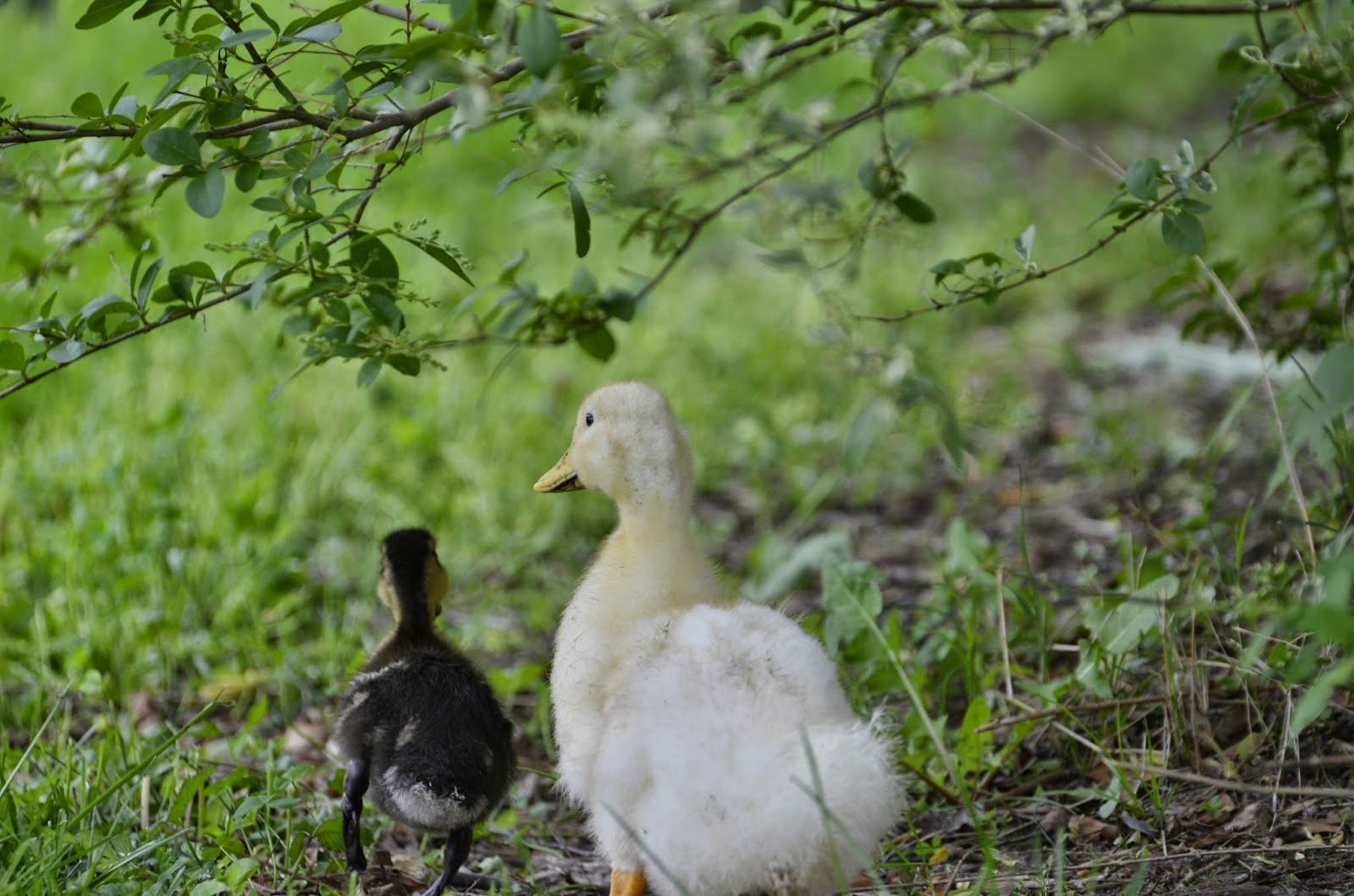 Ray Barnes said…
Oh Penny, you've done it again. What terrific pictures the last one in particular.
They're clearly having a conversation. Absolutely lovely!
May 13, 2014 at 2:53 PM