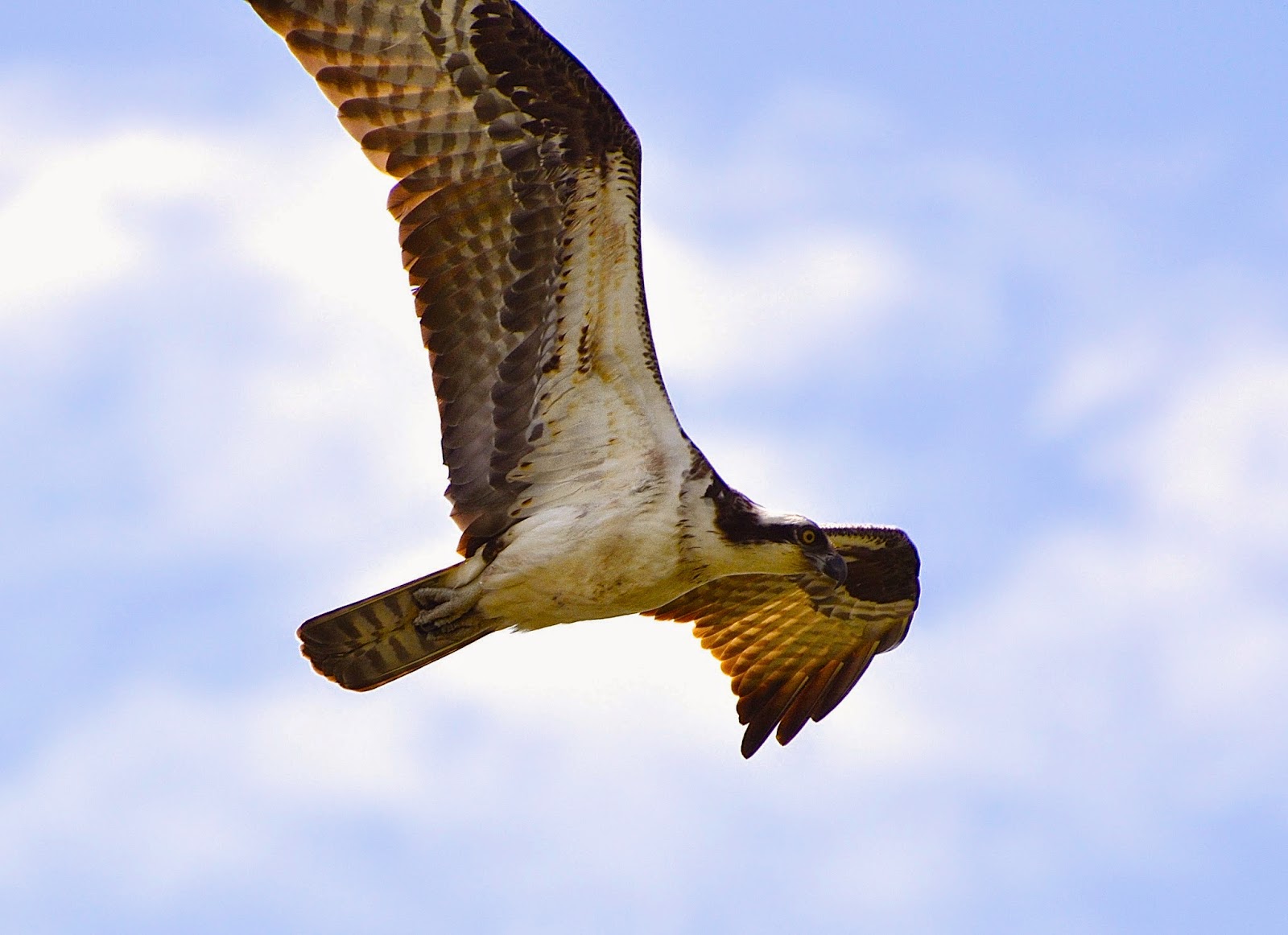 The osprey is a raptor, and also known as the fish eagle. We have a lot of osprey around here, particularly down at the beach, but also along the river.

If you watched the BBC production of Ford Madox Ford's trilogy Parade's End, one of the characters, Sylvia Tietjens, the manipulative, cruel, and stunningly unfaithful wife of the hero of the series, sees an osprey flying high over the seaside cliffs and is mesmerized. What is this bird, she asks, that flies so high and puts the other birds into a torment? She wishes to be such a bird.

Nonetheless, the osprey is a beautiful and interesting creature, even if it is beloved by an odious (fictional) woman. I really do love watching them fish.


What a wonderful photo of a magnificent bird! My husband and I saw an osprey last year at the lake at Arabia Mountain, just the one time in the Spring. We have been looking for one since then, it is a wonderful bird to see.
July 31, 2014 at 6:10 PM

Penelopepiscopal said…
Hi Kay! Good to hear from you. We have so many osprey here, but I still get excited when I see one, as they were so rare in Georgia! Hope you are well.
August 4, 2014 at 9:20 PM