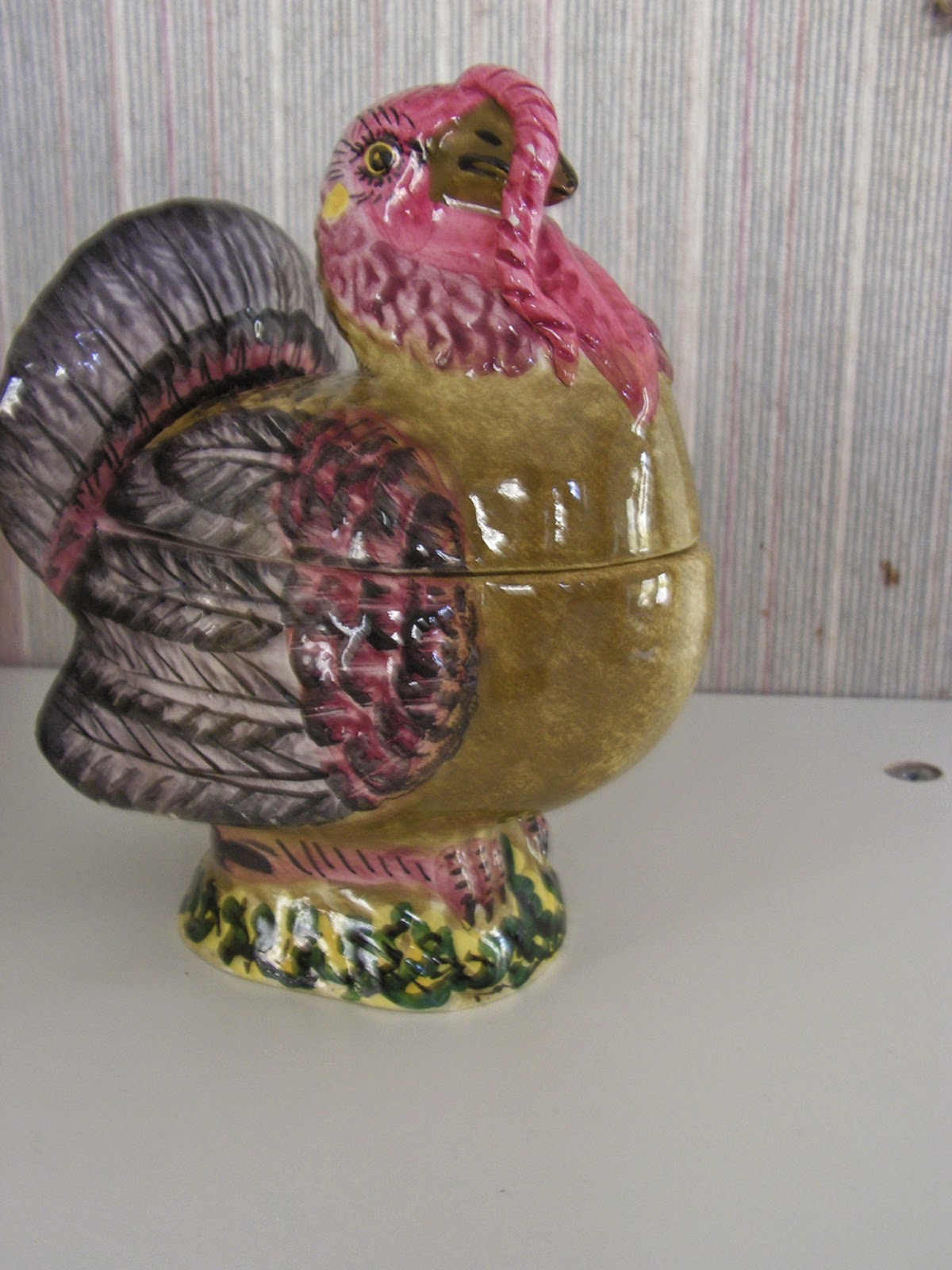 (This is the sermon I delivered at St. Stephen's Episcopal Church this morning. The Thanksgiving Day service at St. Stephen's has a long history and includes singing the traditional Come Ye Thankful People Come at the beginning and our national anthem at the end of it.)

We have come together in the presence of Almighty God to render thanks for the great benefits that we have received at God’s hands and to tell the people what things the Almighty has done.

Now perhaps for you, this is a “well, duh” kind of way to speak on Thanksgiving Day. Of course we are here to give thanks. It would be hard to miss the “giving thanks” part of today. It’s in the name, first of all. And second, we are in church, and everybody knows that we do a lot of thanking our God in church. We are the thankful people who have come to God’s temple to glory in the harvest, as we sang a few minutes ago.

When we leave here with our hearts stirred after singing our national anthem, many of us will head into our kitchens to make a thanksgiving feast. We will roast turkeys and whip cream and stir gravy and either mash potatoes or put marshmallows on top of them. We will concoct some kind of dressing.

(There are many ways, of course, to make dressing or stuffing, although I will tell you now that my mom’s cornbread dressing is the best.)

We will put on a spread like no other day of the year.

And then we will bow our heads over our plates and we will give thanks for the abundance on our tables, and perhaps we will be inspired by the heaping platters of food and the number of people crowded around the table and the warm feelings we are experiencing to take some time to reflect more generally on God’s abundance in our lives.

Because when Jesus said, I am the bread of life, he took the whole food thing to another level. Jesus didn’t just prepare a feast of loaves and fishes on the mountain to feed the five thousand, which is the event that sparked the conversation Jesus is having with the crowd in today’s Gospel, but he gave himself, his very life, he gave everything so that we might know just how much God loves us.

Jesus knew that love is stronger than death and he was willing to lay down his life so that we might see God’s power when he was raised.

And so the feeding on the mountain, the food, was not the whole story. There is more to God’s abundance, God’s generosity, to God’s power than bread and meat, no matter how delicious it is. Jesus wanted everyone to understand that God was about abundant life and to be assured that this abundant life was available to everyone everywhere, to all who wanted it.

That’s why he turned the water into wine at Cana; that’s why he gave away thousands of loaves of bread on the mountain; that’s why he raised Lazarus from the dead - to show that there is no limit to God’s generosity.

And if we can accept that love and understand the unlimited and unconditional quality of it, then we will become free to respond to God’s abundance with generosity of our own. We won’t be grasping and worrying that we won’t have enough.

We will know that we do have enough and can move on to opening our own hands wide even as God’s hands are open wide. Our Thanksgiving meal is meant to be to us a symbol of God’s abundance.

And when we have eaten our fill of the feast, we will be strengthened to serve others in God’s name.

So, today we have come together in the presence of Almighty God to render thanks for the great benefits that we have received at God’s hands and to tell the people what things the Almighty has done.

I remember a time, when I was a little girl in Sunday school, a second grader or so, when we were all standing in a circle to say our prayers. Each of us was to say something specific that we were thankful for. Someone started out by saying “my family.” Another said, “my dog.” One boy, the usual suspect, announced that what he was thankful for was the ketchup and mustard he could put on his hot dogs. He was about to go into pickle relish and steamed buns when, amid the snickers he undoubtedly meant to elicit, the teacher moved things along to the next child, which was me.

Determined to pray with more appropriate piety and drawing upon lessons I’d learned
through Vacation Bible School songs, I gave thanks for the whole world and everything in it. How’s that for telling the people what things the Almighty has done?I was pleased with myself, sure that nobody else would be able to top my all-encompassing prayer. I didn’t have to bother with thinking up anything in particular for which to be thankful - I had said it all in one fell swoop.

I don’t remember what anybody else mentioned in their prayers. I was too caught up in my own sense of superiority to notice.

Looking back, I see that my young friend’s specificity, even though it was meant to be funny, in truth made for a pretty good prayer. Where I had made a sweeping generalization so bland as to be almost forgettable, he had named something that delights him. He had, indeed, done what the teacher had asked, to say something specific for which he was thankful.

Now, I stand by my Sunday school prayer, if not my attitude about it - it is our Creator who has done all these things, who has made the very Earth that brings forth such delightful bounty, from ketchup to my mother’s Thanksgiving dressing. We are called to give thanks for the specific even while we recognize that everything we have comes from God. The two of us managed to put together a decent prayer for a couple of second graders. We gave thanks for what we enjoy having AND we told what things the Almighty has done.

For us Christians, Thanksgiving isn’t just about the food. It’s also about the one who gave us the food, who made the fertile Earth and the people who tilled it and produced the food, the one who has promised us the kind of abundance that makes our tables laden with turkey and gravy and pumpkin pie pale in comparison.

And it is about the telling, too.

And after we have marveled, let’s do one more thing. Let's live thanks. Let’s decide to respond to God’s generosity with generosity of our own. Let’s decide to be a blessing to others in some specific way. Because not only have we been given food to eat and families to love and a wonderful country to live in, but we have been given eternal life. Jesus said, I have come that all may have abundant life! I am the bread of life!

So let’s make today about more than the food. Let’s even make it more than about our own blessings. Let’s use all this bounty strengthen us and free us to open our hands and reach toward others in the name of the one who indeed made this beautiful, bountiful, verdant, excellent world and every delightful, true, honorable, just, and pleasing thing in it.