For everyone who asks receives 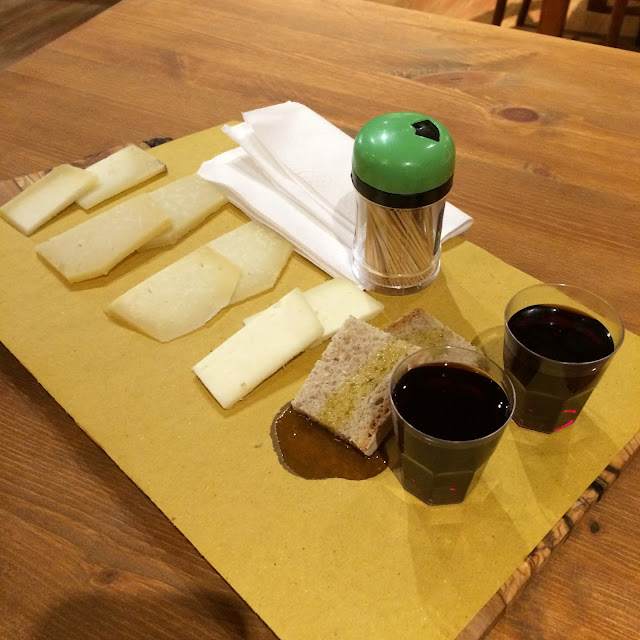 When I was eleven, the animated TV special, “It’s the Great Pumpkin, Charlie Brown!” made its debut on CBS, airing on one of the three stations we we able to pick up in our rural North Carolina house.

I was not a huge fan. For one thing, Halloween was not a big holiday for kids like me who lived outside of town. There weren’t really places to go trick or treating and besides that, despite my current attire, I was not much into costumes.

For another, on that October evening in 1966 I had settled down to watch My Three Sons, a sitcom about three very cute boys named Mike, Robbie, and Chip Douglas who lived with their dad, Fred MacMurray, and grandfather Bub, only to find out that it had been preempted by the Charlie Brown show.

And finally, I just didn’t like the plot. That whole Great Pumpkin thing was dumb to me. And in the end, Charlie Brown and Linus are just left to deal with their disappointment. And to top it off, there was this odd recurring cruelty that seemed gratuitously thrown in. At every house where the kids knocked and shouted “Trick of Treat,” they held out their bags, stuff got thrown in, and then they gathered on the sidewalk to take stock of their loot. “Hey, I got a candy bar!” said one. “I got three cookies!” said another. “I got a package of gum!” said a third. But Charlie Brown said, “I got a rock.” At every door, all the children expected and got goodies, except for Charlie Brown, who always got a rock.

Was that supposed to be funny? What kind of people would give out a rock to trick or treaters? Was everybody in town hating on on this one particular kid, who, granted, had made a mess of his ghost costume so that instead of a sheet with two holes for eyes it had at least a dozen or maybe two dozen holes, but hey. Why should he get a rock every time when all the other kids got sweets?

Well, of course not. Except, if you’re the one everybody's hating on, you might get a rock.

Just this week, I heard a story on the radio that really grabbed my attention. A group of friends in Washington DC had gathered under the stars to drink wine and eat cheese and listen to the tree frogs one evening when suddenly a man with a gun appeared in their midst. He pointed it at someone, and said, “Give me your money.” The friends looked around at each other, beginning to panic, and he pointed the gun at another person. “Give me your money or I’m going to start shooting.” The thing is, they didn’t have money on them. They were sitting outside, purses and wallets in the house, just enjoying the evening together. Their fear mounted as seconds ticked by and someone started talking to try to convince the gunman to calm down. “What would your mother think of what you are doing here?” Wrong question. He angrily replied that he didn’t have a mother.

Then, one of the women said, hey, you know, we’re just out here enjoying a glass of wine together. Why don’t you have a glass of wine with us? And someone gave him a glass.

And, according to the woman’s husband, the look on the man’s face changed immediately. Just like that. He accepted the glass, sipped some wine, and pronounced it very good. Then he reached for the offered cheese. He put his gun in his pocket. And they all drank their wine and ate their cheese together.

The gunman then said, “I think I came to the wrong place.” “Sure, yeah, we understand,” was the kind response. And then he had another request. “Can I get a hug?” So, the people beside him hugged him. Then he asked for a group hug. So they all got up and stood in a circle around him, and they all hugged him. He looked around at them, said he was sorry, and he took his glass of wine and walked away. Later, the hosts found the wine glass returned, carefully placed in the alley next to the house.

It seems like every few days, something comes on the news that is disheartening and even frightening. Events in our community, in our nation, in the world just keep coming at us, disturbing our peace and distressing us. Many of us are also dealing with personal angst or worries. What’s going to happen to me, to us, to the world? What should I - what can I - do in the face of all this?

In response, some withdraw: Turn off the TV, take a Facebook break, extend the cocktail hour. Some deny or deflect: I don't believe this. Others deflate and descend into depression: The world is a terrible place and we are doomed.

Others of us get angry, and that anger causes us to turn on each other. Some go so far as to basically declare war: announcing which “side” we are on and engaging in blunt attacks of the other “side.” Some of those attacks turn physically violent. Sometimes people die, and so it is like war. Others are “merely” verbally vicious, ranging from grumbling disapproval to ridicule and cruel putdowns and name calling.

But hey, even Lucy, who often referred to Charlie Brown as a blockhead and never hesitated to call her brother Linus stupid, asked for an additional piece of candy for Linus while trick or treating because he was missing the fun while he sat in the pumpkin patch waiting in vain hope that his crazy dream would come true. Sure, she complained of the embarrassment this caused her, having to ask for an extra treat for her stupid brother chasing his stupid dream. But she asked, and she received, and when it turned out that Linus was indeed disappointed, she went to get him and took him home and gently tucked him and his blanket into his bed.

It may be hard to recognize what people are really asking for, especially when they are shouting demands or scaring us. But I think mostly people are asking for love and acceptance. I think they are mostly asking for kindness. The armed man said he wanted money, but really, it turns out that he wanted hugs. He had a funny way of showing it, sure. But he changed when someone offered a fish instead of a snake, saying, how about having a glass of wine with us? We are together out here; how about you be together with us? Simple kindness in the face of hostility transformed him.

So yes, there’s stuff going on out there that makes us feel vulnerable and afraid. And I know that there is great evil in the world. And frankly, there are also those who want us to feel afraid and want us to stock up on rocks and scorpions and snakes, because keeping us in a state of fear benefits them.

And what if we asked for an extra piece of the candy we get to share with the one who choose a different (and maybe to us a dumb) path?

What if we responded to everyone as if they were asking for love and kindness? Because deep down, I think that’s what everyone really is asking for. All those people out there are human beings, just like us. Even the loud ones and the scary ones and the ones on the other “side.” However clumsy and rough their approach may be, they’re asking to be loved and to be included in the circle.

Jesus said: “For everyone who asks receives, and everyone who searches finds, and for everyone who knocks, the door will be opened.” Responding with kindness can change the world. When the knock comes at our door, lets give out love, and not rocks.

Ray Barnes said…
A lovely piece Penny. Lots of good ideas in there. Now all we need is for it to reach enough ears/eyes.
More power to your elbow.
July 24, 2016 at 7:00 AM