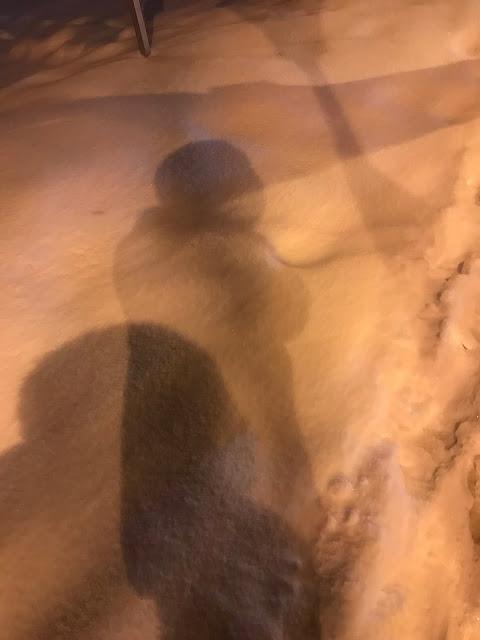 In the early chapters of the Book of Genesis, God creates the world and puts some people in it. The people are, as a general rule and right off the bat, disobedient, as we can remember from last week’s reading about Adam and Eve and the fruit of the tree of knowledge of good and evil. So God makes some changes. But disobedience continues. Then there’s the flood. There’s Noah and his family. Then there’s the Tower of Babel. More changes need to be made.

Then an interesting thing happens: after two chapters of genealogies that go on for a couple of pages, we hear about one particular family at the end of Chapter 11, the family of Terah. One can be excused for skimming over the genealogies (although if you do you miss the tiny story about Nimrod which I thought was the insulting word for a stupid person based on the fact that Bugs Bunny used it to describe Elmer Fudd - and also it was a name my brother sometimes called me - but also turns out to be the name of the Bible’s first great warrior) but the point of them is that everything boils down to this one couple: Abram and Sarai. And then almost offhandedly comes the news that Sarai is barren. Huh. The promise of all those generations, those two chapters worth of name after name after name — results in nothing. It looks like a dead end.

There’s no reason given for Sarai’s barrenness. It’s not anyone’s fault. It just is what it is. The family history has simply played out. There’s no potential for these folks.

And then God speaks. That's where we pick up the story today. Abram and Sarai are just hanging out in Haran when suddenly God speaks into the barrenness and promises blessings, promises great blessings. But here’s the catch. The couple must go from everything they know. Family, friends, home. Go from, God says, to I’ll show you where. And you will be blessed and you will be a blessing. Just like that, God calls the hopeless into a new community with a future. But the call is not without risk.

And Abram obeys. This is kind of a new thing for people, being obedient! God says, “Go!” and Abram says “OK!” And of course we know what happened to Abram. He and Sarai become Abraham and Sarah who, amazingly, in their old age have a son Isaac, and the family continues, the lost potential becomes a thriving dynasty, the promise is delivered. Abraham became the great father of the people of Israel and his descendants were more in number than the stars in the sky or the grains of sand in the desert. As St. Paul reminds us, Abraham believed God and is the father of all of us.

And God’s plan, it turns out, is for this great family of God to be a blessing to the earth and to all the people of the earth. But Abram has to say yes first. He has to Go without knowing how he will be blessed or how he will be a blessing or where the place God will show him even is, except that it’s not where his home is now.

God speaks into the barrenness and new life comes forth. Again as Paul tells it, God gives life to the dead and calls into existence the things that do not exist. That’s where God seems to do God’s best work, taking nothing and making something. It’s a specialty: Bringing life out of death. So in light of that, all we have to do is to be obedient to God’s call ….

But that’s where it gets hard. God’s call is often to go from the place of comfort, the place one knows and feel settled in, to another place one can’t even see now. Go with no evidence of success. God’s call is a call to take huge risks. And many of us are uneasy, deeply uneasy, with such a prospect. 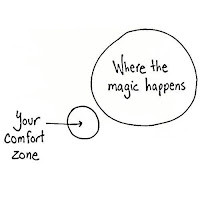 There’s a funny drawing out there in the land of the internet, a drawing of a would-be Venn diagram with two circles, a big one and a little one, and the little one is labelled “your comfort zone” and the big one labeled “where the magic happens” and the punch line is that they don’t overlap anywhere the way Venn diagrams are supposed to do. They don’t even touch. And isn’t that so true? My comfort zone is sometimes pretty far away from where the magic happens. So being called into open-ended risk feels dangerous.

But what’s the alternative? Now God doesn’t actually tell Abram and Sarai what will happen if they don’t go. But we can guess. They stay barren. The family dies out. The choice is to stay in comfort and remain barren or go in risk and live into hope. Take the risk because it is God’s way to bring life out of death and God can be counted on to do this.

Of course, this is the story of Jesus, too. Jesus was obedient even unto death because God’s way, God’s promise, is to bring new life out of death and Jesus trusted in that promise. But remember that Jesus went through agony first and asked that he not have to go through with it as he prayed in the Garden of Gethsemane. Being obedient is risky and even Jesus had to seriously think about it. But what a blessing was the result. Resurrection. Salvation and reconciliation for the whole world. For as it says in the Gospel of John, Jesus came so that the world would be saved through him. He came to be a blessing to those who had been without hope, the light to enlighten the world. This is the Gospel, the Good News, of our God.

So as we wander through our Lenten wilderness this year, I have to wonder, what do we as a community make of this story? How does it connect with us and we with it? Might God call us to go from our place of comfort and take a big risk into an unknown but hopeful future? To let go of one thing in order to reach for another? Where might God be calling us to go so that we will have new life and will be a blessing to others who might be without hope? What risks would we be asked to take? And how will we rely on God’s promises to bring life out of death?

These are questions we will be pondering for some time together as we open ourselves to God’s claim on us as a beloved community. I look forward to our exploration.

anne said…
love that comfort zone venn diagram. may God bless your exploration with your beloved community.
March 9, 2020 at 6:38 AM