Headed to the Promised Land 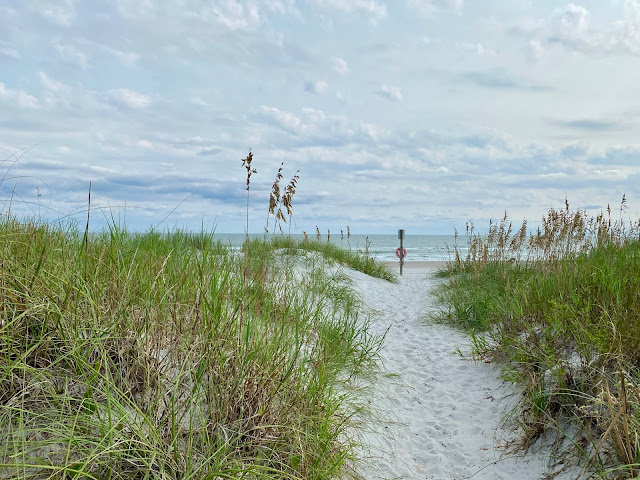 After Moses led the people out of slavery in Egypt, they all had to spend a long time together in the wilderness. This was not easy for Moses nor for the people. When the going got rough, the people remembered the good times from before, they remembered the food and their homes and some of them formed a Let’s Go Back to Egypt Committee. But God fed the people in the wilderness - God sent manna and quail and commanded Moses to make water come out of the rocks when they were thirsty and to keep leading the people forward because they were being transformed into God’s own people.

But it all took a long time. Sometimes Moses got mad. Sometimes the people got frustrated. Sometimes God lost patience, especially after the incident with the Golden Calf. But the people thought that Moses had brought them into the wilderness to die and when he went up into that mountain topped with smoke and stayed there for a really long time, the people figured he must have died or something, that he wasn’t going to come back, that this whole thing had been a terrible, terrible mistake and they had been left alone - and hence the calf.

So they were in pretty big trouble and after that they had to wander for a good long while.

But all along, it was God’s plan for them to go forward to the place that God intended for them, a place they called The Promised Land. As it turned out, most of the original people who came out of Egypt did not make it into the promised land; it was their children who crossed the Jordan. Not even Moses made it there, although he got to see it from a mountain top before he died. God took him up there and showed it to him, the Promised Land.

I know a place called The Promised Land. When my great-great grandfather was 18-years old, he got on a boat in Dundalk, Ireland, and sailed to Augusta, Georgia, seeking a new life. He acquired some land in a newly formed county close to a big outcropping of rock known as The Stone Mountain, and eventually he amassed a thousand acres and he called that place The Promised Land. It was his dream, I guess. His family was Roman Catholic and in the area of Northern Ireland where they were from, the family went from being ruling chieftains to being disenfranchised from public life after that part of Ireland was united with England the year of his birth. His way of overcoming all of that was to become a plantation owner and he bought people to work the land, twenty-six in all. I wonder if he ever saw the irony, that he went from being oppressed to being an oppressor.

Anyway, forty or fifty years after he died, sixty years after The Emancipation Proclamation ended slavery, the descendants of some of the enslaved people in the area bought The Promised Land, and it became a thriving Black community with homes and churches and shops. I ate lunch there in The Promised Land Restaurant once with my mother after we discovered our long-forgotten connection with it. She had banana pudding and I had apple pie for dessert.

Now the county owns the property and is creating a museum in the 200-year old still-standing house that focuses on the transformation of The Promised Land from a plantation worked by enslaved people to a safe haven for Black people during reconstruction to a thriving Black community in the 20th Century.

When God told Moses to lead the people on, Moses needed some reassurance. Even though Moses regularly met with God, both up on the mountain and in the tent of meeting outside the camp in the wilderness, Moses wasn’t sure that God would be going with them on their journey. After all, Moses’s experience of God was that God lived on Mt. Sinai and occasionally came down to the tent at its bottom, but God was in that particular place. The whole thing about leaving Egypt originally had been that they were being brought out into liberation and to worship God at Mt. Sinai. That was the sign that God had told Moses about when God sent him to Egypt to begin with from a burning bush in that very place.

But here God was talking about them heading out again. And Moses wanted to be sure that God was going to go, too. That this Promised Land was not going to be a foreign land but finally home. God said that an angel would accompany them but Moses wanted more than an angel. Moses wanted God to go with them and wasn’t afraid to keep asking until God said, OK, I’ll do as you ask.

We at St. Michael’s have been in the wilderness for a while and we long for a glimpse of The Promised Land, too. But maybe it’s not going to look like what we thought it was. What will happen between here and there might feel daunting. It is tempting to keep looking in the rear view mirror like the Let’s Go Back to Egypt Committee, to remember the known instead of looking forward into the unknown. But God calls us forward, not to sit still or to look backward, and our job is to ask God to go with us and to be willing to be transformed when we’d rather keep everything just like it is.

And so we will be talking more together about what moving forward looks like for us in the coming weeks. Transformation is not painless, but God is faithful and reliable. Wherever it is that God is calling us to go, believe it that God will be with us.

All we have to do is ask.