To wipe the tears from all faces 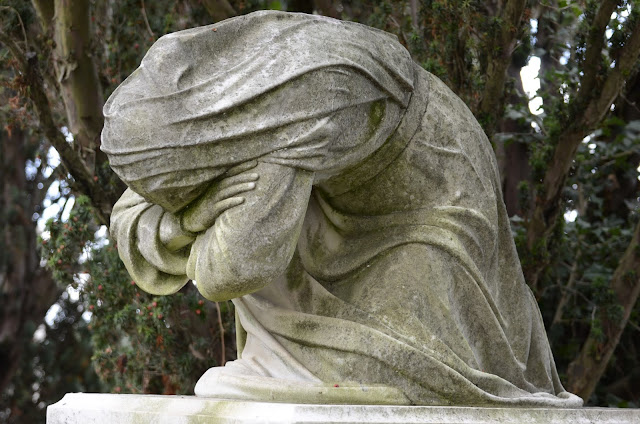 The last few weeks of Gospel readings have been pretty rough. Violence, torture, revenge killings. Strong men lashing out, and today some poor guy getting thrown into the outer darkness because he’s wearing the wrong outfit to a party to which he was invited. One wonders what to do with these stories - is Jesus saying that God is like this, that God is vengeful, petty, violent, ready to blast away at even the hapless?

So as we must when the going gets rough, we must zoom the lens out and look at the bigger picture and remember the context in which Matthew was written. We know that there was conflict in Matthew’s community between traditional Jews and those Jews who came to believe that Jesus was God’s Messiah and who were also beginning to include Gentiles in their community as well. We know that the Temple had been destroyed by the Romans and that there was plenty of finger pointing about whose fault that was. We know too that there are other instances in the Scriptures that come into view when folks are under siege, either literally or emotionally, stories of power and revenge toward those who are doing the sieging. Like all the blood and violence in the Revelation to John, for instance, or when a Psalmist entreats God to grind enemies into the ground and dash people against rocks. We know there are other scriptures depicting God with white-hot anger wreaking havoc and destruction. We don’t like them particularly, but we know they are there and that they had some meaning for the people of God at particular points in history.

But the bigger picture also includes many other stories about God that help us in other times. And our other readings today provide some of the most beloved of those. The Psalm - The Lord is my Shepherd - and the passage from Isaiah - This is our god for whom we have waited, who will swallow up death and wipe away every tear - these Scriptures are among those we commonly read at funerals, when we are bereft and sad and trying not to be fearful and needing hope. And so let us turn to these.

In the last eight months, more than a million people in the world have died because they became infected with COVID-19. More than 200,000 of those people died in our country. Among those people were doctors and nurses and bus drivers and cleaning ladies. They were grandmothers and grandfathers and aunts, uncles; parents and teens and college students and even some children. Some were prisoners and some were pastors. Some were school teachers and some were military personnel. And while most people who have become infected have not died, some continue to experience lingering symptoms months after they first became ill - those who are called long haulers - while others have experienced damage to their hearts or their lungs or their brains that may be permanent.

Further, millions of people have become unemployed. Entire industries that were thriving just a few months ago were decimated in a matter of weeks. Other people are still employed but are in danger every day because of this insidious virus that floats through the air. And still others have had to radically alter their lives to deal with working from home, child care, homeschooling or proctoring virtual learning, caring for elderly relatives and for some folks all of the above all at one time.

All of us know someone personally who has been affected, someone who has lost their job or become ill or who has died or had a friend or family member die. All of us are having to at the very least adjust and some radically restructure our lives. For some it might be mere inconvenience, but for others, this is a time of terror. People are afraid for their lives.

And every one of those numbers is a person.

So today I look to Isaiah, and I recite the 23rd Psalm; I look to these just as I do in the burial office to help me lament these deep losses, knowing that some day, God will wipe away every tear and take away all these indignities and swallow up death for ever. I look to them to help me acknowledge that this time is for so many the valley of the shadow of death. I look to them to remind me that there are so many tears; so many who need shelter and refuge from so many blasts of the ruthless, and so many who just need good food.

I can understand the impulse to be attracted to the stories about the exercise of power, the stories about blame and strength and revenge. But in a time like this when we see such suffering all around us (and I haven’t even mentioned the floods and fires and the scourge of racism and all the other -isms that afflict God’s people), those stories do not tell us about the God we have waited for that he might save us. The God who will save us is the one who will destroy death, rather than cause it. That God is the one who will provide sanctuary, rather than cast the hapless into the outer darkness. That God is the one who will wipe away tears - all tears from all faces - and take away disgrace; that God will give dignity and life, that God will not humiliate.

That God is the one who came in weakness to live and die among us as one of us in the person of Jesus of Nazareth.

And so it seems to me, today, our Scriptures help us to to foster hope, yes, and also to recognize the pain of the world today and to lament. And finally, to trust in God, our shepherd and redeemer.

In the lovely novel Gilead by Marilynne Robinson, the storyteller, The Rev. John Ames, as he muses on life and death, quotes from our passage from Isaiah: “He will wipe the tears from all faces.” And he adds this commentary, “It takes nothing away from from the loveliness of the verse to say that is exactly what will be required.”

To wipe the tears from all faces.

To which I say, Amen.