Shining the light on the truth 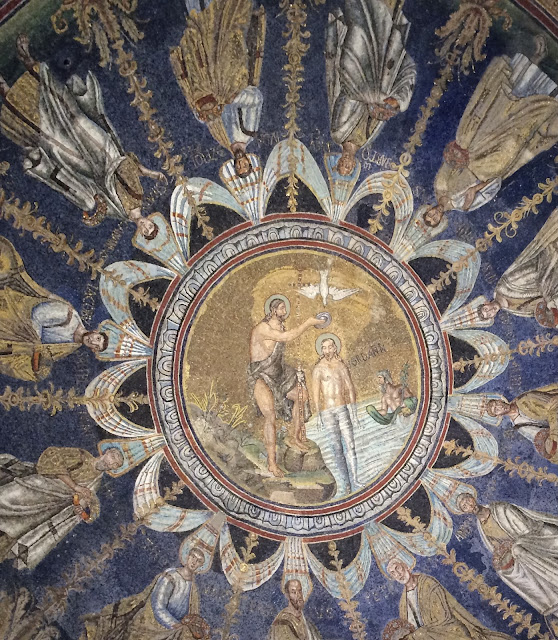 This morning first thing we sang the hymn that I call The Manifest Song. When I was an inexperienced Episcopalian, I heard this new-to-me hymn and thought, boy, there’s a lot of manifesting going on here. Ten manifests in four verses! As time went by, and after repeated exposure, I came to understand why Songs of Thankfulness and Praise (the actual name) is kind of the theme song for the season after the Epiphany.

During these seven weeks, through the Gospel readings, starting with the illuminating star and culminating with the dazzling scene of the Transfiguration, we see with ever-increasing clarity, in this season of discovery and light, who Jesus is and how it is that Jesus shows us God - how the Divine is shown - is made manifest - on earth.

And of course the hymn ends with the cross and resurrection, as it must, the ultimate manifestation, ultimate showing, of the redeeming power of God.

This is, in a nutshell, our faith story.

But all stories have a beginning, and so we begin with the beginning, the beginning of light, spoken into existence by the voice of God. In the beginning, when God was creating the world, God first turned on the light. And the light is not just the sun in the sky, as necessary and wonderful as that is for Earth and other planets, and plants and animals, and our bodies and our souls, but also for us the Word of God that is Jesus the son, the s-o-n, the light that came into the world to shine in the darkness. 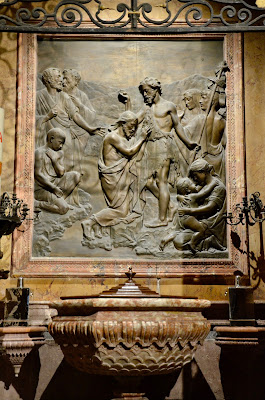 And in the beginning of Jesus’s journey, after he has been born and named in the temple and learned the scriptures for himself, he begins his public ministry by presenting himself to John the Baptizer. Folks have puzzled over this for as long as this story has been in circulation. If Jesus was sinless, and John’s baptism was for the forgiveness of sins, then why did Jesus do this?

We don’t know why - other gospels suggest some ambiguous conversation between Jesus and John, but not Mark, who doesn’t care about that because he wants us to focus on the Spirit tearing apart the heavens and coming straight to Jesus and to the voice of God who speaks of belovedness. This is the beginning for Jesus, that the Spirit that had moved over the deep in creation also moves in Jesus, and God calls him his beloved, and he now has what he needs to go forth and be God’s love made visible, made manifest, in the world.

So this is a momentous day. We’ve loved our Christmas, we’ve loved our Epiphany (I still have my decorations up), but this today is the real beginning, this movement from darkness to light in creation that sounds so peaceful but I’ll bet was a huge cosmic explosion, and this rending of the heavens to loose the Spirit of God into the body of Jesus of Nazareth, accompanied by the very voice of God Almighty.

I don’t think any of that was gentle.

And if we remember back to the first Sunday of Advent, when Isaiah cried out in desperation to God: O, that you would tear open the heavens and come down and remember that we are your people, well here it is, that prophetic hope made manifest.

And whatever it was that Jesus said to John on that day of his baptism, that day he received what he needed to go out into the world and be God’s love in person, I bet it wasn’t the question, “What’s in it for me?”

Beloveds, this is a time of beginnings. A new year on the calendar, a new ministry for me here at All Saints, and soon a new administration to govern in our nation. But there is a lot of darkness about.

This week we have seen a violent mob break into the Capitol building in Washington with intent to vandalize, to terrorize our national leaders and their staff, to thwart the legitimate business of Congress. A mob that dared to erect a gallows with a hanging noose on the grounds, and to assault journalists and Capitol police officers, one of whom is now dead from being beaten with a fire extinguisher, because they have been told lies.

And while the Capitol building was cleared and government business resumed and Congress completed its work for the day, lies are still being told and there continue to be calls for more violence on January 20th, Inauguration Day, and perhaps other days and in other places as well.

Of course many folks have weighed in with the usual things that are said when violence erupts. They say in sorrow, this is not who we are! But, as I said in my letter to you on Thursday, with equal sorrow, I’m afraid that this is who we are. This is who we have been all along, and until we are willing to shine the light of truth upon that darkness, it will not just go away. We cannot just turn the page, move on, start fresh, without acknowledging this festering wound that has infected humanity from its beginnings, and vowing to do something about it. 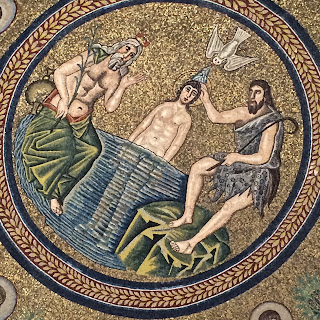 Why do you think that Jesus of Nazareth came up out of that water into which God breathed and God spoke and said you are mine and you are beloved? He came to show us how to live in a world where darkness threatens so that we would not succumb to it. He came to show us how to shine the light into the darkness and to seek the truth, and he came to tell us that beautiful truth that we are beloved, too. And because we are beloved, we are beholden to one another. It’s not just about us. We are rooted in community and are to seek the welfare of others because they are beloved, too.

And sometimes seeking their welfare means just telling the truth. Sometimes that’s how we help them resist being dragged into the darkness or even how we pull them out of the darkness the way the Samaritan pulled that left-for-dead man out of the ditch. Sometimes that’s doing what our Presiding Bishop Michael Curry calls being an agent of love in the world. That’s doing something about healing the wounds in our world.

But he showed them, again and again; he told them the stories again and again, that love means building up and not tearing down, that we are to carry the light of God into the dark places in our world, that the truth is what finally will set us free. 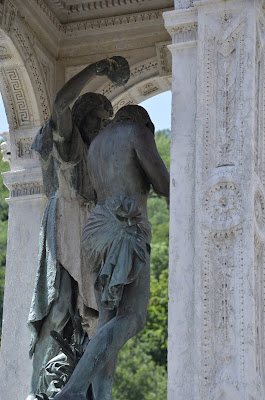 Today as we remember Jesus’s baptism, we remember our own baptismal vows that affirm our beliefs and direct us to worship and also call upon us to act: to persevere in resisting evil and to repent when we fall into sin; to proclaim the Gospel by word and deed; to seek and serve Christ in our fellow human beings and love our neighbors as ourselves; to strive for justice and peace and respect the dignity of every human being.

May God give us the courage to do it.