What have you to do with us? 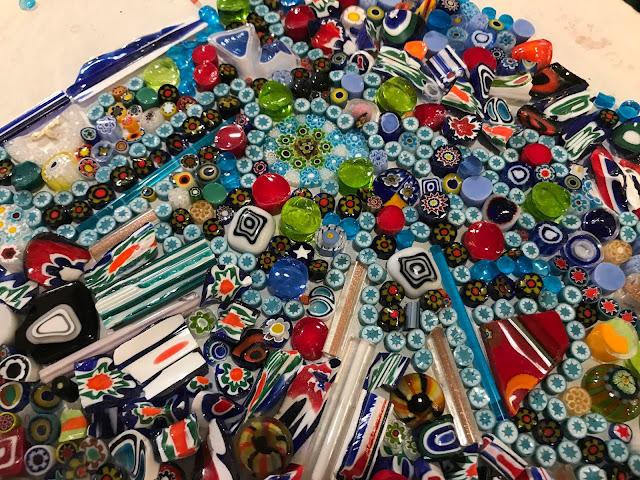 I have to admit that I do not know what an unclean spirit is. It seems hard to understand what it meant in Jesus’s day and even harder to draw a connection to such a thing in our day. Is it like the monster under the bed, I wonder? Something scary that is not out there somewhere but right in my room?

Certainly it seems strange that such a thing, whatever it is, would just be hanging out at the synagogue. But there it was, in the middle of the story of Jesus standing up and teaching the people with an authority they have never seen before.

Jesus expounds on the scriptures and then this man with an unclean spirit just appears in the midst of it all and says something that frankly haunts me every time I hear it: “What have you to do with us, Jesus of Nazareth? Have you come to destroy us? I know who you are, the Holy One of God.”

The people in the story do not know who Jesus is. But the spirit-thing does. And it is afraid of what Jesus is up to. It names Jesus and challenges him: Have you come to destroy us? Us. There is not just one monster under this bed.

And sure enough, Jesus calls that spirit out of the man it has been occupying and the spirit obeys. Perhaps it is destroyed or perhaps it just floats off looking for other prey. Mark does not tell us. But what we do see is that Jesus has won this battle.

And we know that going forward Jesus will have more battles, not only with spirits and demons, whatever they are, but also with the religious leaders and the political leaders, all of whom are right there in the community, not far off somewhere else. They all want to know the answer to this question: Has Jesus come to destroy them?

And we know that they will work to discredit him in their efforts to remain as they are, to keep their power and positions of authority, to deflect his questions that hit too close to home, to trap him with words and point to his deeds - which were always about giving life - and paint them as the opposite of what they were.

And so we see that things have not really changed much in the world.

But here at the beginning of Jesus’ ministry, we see the pattern that we will continue to see. Talk, educate, help people understand what God is saying to them AND do something to relieve the distress of those who are in the grip of things that rob them of the fullness of life that God wants for them. Not just talk, but action. And not any kind of talk but authentic God-talk. And not any action but life-giving action.

And we also are aware that some will see those actions and hear that talk as threatening. Jesus is not here to maintain the status-quo. He didn’t come to be nice or to uphold the power structure when it not only fails to protect the poor, the frail, the marginalized, but positively works to disenfranchise others so that they do not have access to what gives life.

And those who are holding up that system no doubt also wonder, has Jesus come to destroy them too?

We live in a world of complex systems that exist together, sometimes interacting well and sometimes butting up against each other in conflict. Ecosystems, economic systems, technological systems, networks of people, supply chains, education, food production, medicine, manufacturing, transportation, you name it we got it and not everything works to everyone’s benefit at all times and on every level. Because of the sheer size and complexity of the world, there’s a lot that I just don’t understand.

And new revelations appear regularly as I begin to pay more attention to the voices of those who have had different experiences than I have tell their stories. There is so much I do not know about the world. So how do I evaluate this web of interacting systems, so many of which I am a part of? How do I make choices that are ethical and just?

Well, Jesus gives us a model today. Study and learn. Listen for God’s word. Listen to the stories of people. Be willing to be astounded. Tell others. And do what I can to help release people who are in the grip of things that hold them back from life. Even if that disrupts the status quo.

It is like finding a coin that was lost, or being reunited with a son or a father or a mother or a daughter; it is like bread and wine that overflows; it is like receiving grace upon grace just for being a human being; it is like having water gush up from within us so we can share it freely with others.

We can’t live without our systems, of course. The beloved community itself is a complex system. But, as the poet Amanda Gorman said so beautifully in her poem The Hill We Climb, “we’ve learned that quiet isn’t always peace, and the norms and notions of what just is isn’t always just-ice.”

But, she goes on, our world “isn’t broken, but simply unfinished…”

And so we go on, still unfinished ourselves, wondering every day what it is that Jesus has to do with us in our complex lives situated in complex systems. And remembering that we do know who Jesus is as he comes into the middle of our lives, and shows us how to turn toward the Kingdom of God in both word and deed, no longer beholden to the status quo, but challenged to transform it.