The Feast of St Nicholas - not just for the kids, please 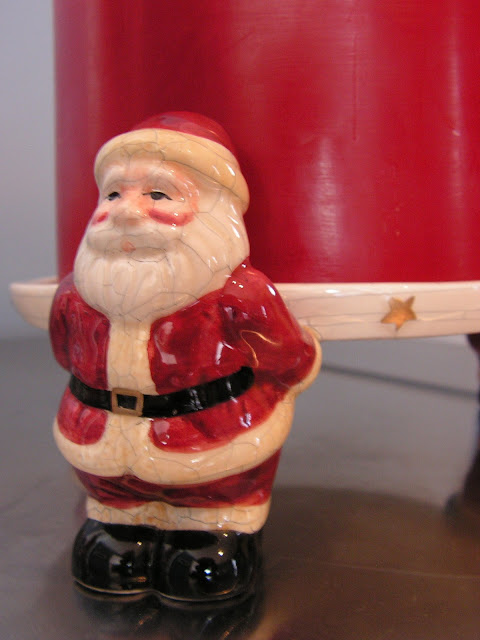 It's the feast day of St Nicholas, the Bishop of Myra and patron saint of children.  I am sure you already know all the stories, which are lovely, especially the ones featuring a donkey and chimney sweep and a chocolate boat called "The Congo."  But I won't reiterate any of them here.  (That's what Google is for.)

Instead, you get my St Nicholas Day Rant.

I have a complaint about how we separate children from their families.  We want to do things for children, especially at the holidays.  Forget those lazy, undeserving, guilty parents.  We just want to help the children.

At any children's hospital, however, the staff will tell you that there is no such thing as a solitary child.  Children come embedded in families.  Treatment for children must include their families - for the families are the ones who care for the children, who give them medicine (or not) and make sure they are safe.  The families are helped so that they can care for their children.

Further, educational studies show that children's test scores are directly related to the educational level of the mother.  Other studies show that if you want to help a child in any way, you need to do so by helping the parents care for the child, by helping them with the resources they need so that they can care for their own children themselves.  It takes a village to raise child, as the African proverb says.

But when it comes to Christmas, we just want to help the children.  Not their families.

There is a shameful period in our country's history (not that long ago, either) when Native American children were taken away from their families and put in boarding schools so that they could be "regularized."  Christian missionaries of various denominations propagated this program, following the European missionary pattern from the age of exploration in which the spread of the Gospel was thought to be best done by spreading Western European Culture.  Conversion was not just to Christ but to European style Christendom.  So, the Native American children were removed from their cultures and expected to adopt another, "white" culture. They were removed from their parents, who apparently were deemed not to be able to raise them correctly, given Anglo names and haircuts, and forbidden to speak their native languages.  Some of them were adopted by Anglo couples, who told the children that they loved the children more than their biological parents loved them.

Because they just wanted to help the children.

My plea on this St Nicholas Day is that we be mindful that children are not solitary individuals but part of a family, part of a community, and that we repent of our misguided ideas that we can help them by separating them from their parents in any way. If we want to help a child, let us remember that the way to do so is to help and support the child's parents.

Thank you, and I hope you found some chocolate in your shoes this morning.

Nancy Wallace said…
No I didn't find any chocolate in my shoes this morning. I couldn't agree more that to help a child you need to help the whole family - the wider community too I think - no point in trying to help a family if the community resources and networks that could support flourishing just don't exist or are beyond the economic means of many. Now that is a challenge for St Nicholas Day.
December 6, 2011 at 10:38 AM

Penelopepiscopal said…
Thanks, Jim, and thanks for the Facebook link, too.

Nancy, I appreciate your comment. I didn't find any chocolate in my shoes, either, but I made alternate arrangements. :-)
December 6, 2011 at 11:45 AM