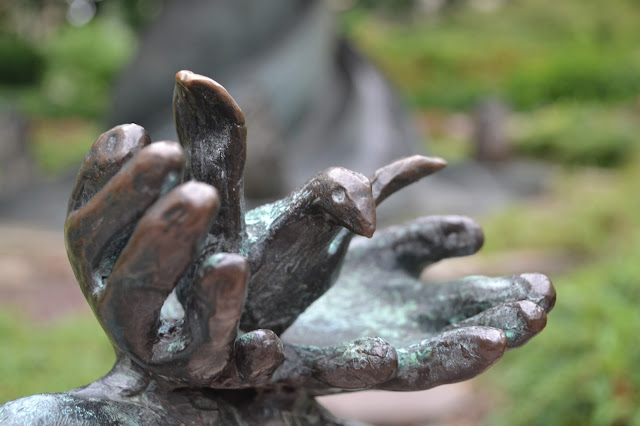 The great children-migration in our family begins today. My firstborn is at this moment driving a U-Haul truck up the interstate, moving the 865 miles from Atlanta to Manhattan. He is still a student and will begin graduate school at Columbia University in a couple of weeks, and there will more than likely be another move coming as he continues his studies, but from now on, wherever he goes, he'll be moving from his own place and not from our home.

Then, in a couple of weeks, we'll pack up the old minivan and drive our younger son to Boston, where he will study (no surprise here - jazz trumpet) at The New England Conservatory. He says that he thinks he may never be in Atlanta again, because he's not only a student but already a professional musician now. He is relocating, as far as he is concerned, to the Great Northeast where jazz clubs abound and gigs await.

Many of us have had the experience of children leaving home. Many of us have also seen those children come back home, for summers at least or for what some have called "failure to launch." I am not sure I like that term, since failure is a relative term oftentimes, but in this day and age, many young people do end up back at home for one reason or another. We've had that, too.

It's hard not to get emotional about these leavings, even while we are happy and proud, and no matter how difficult the coming backs were. Life is going to be different.

But that is as it should be.

Ray Barnes said…
You are obviously going to miss them Penny, but as you say it is the way it should be.
They have had to get used to living without you at home a lot of the time, so now you can help each other (long distance), to ease the sense of loss.
Blessings to you (and them).X
August 8, 2013 at 2:55 PM

Penelopepiscopal said…
Thanks, Ray! My guys are pretty resilient, too, which is a wonderful trait. I'm happy they are on to these new adventures, and in the meantime I know they'll be texting me to ask all kinds of questions (such as, can you transfer more money into my account, or how do I get the electricity turned on). :-) Thanks for your good wishes!
August 8, 2013 at 3:00 PM

Perpetua said…
Than brings back memories of the day our daughter joined her brother at university and the nest was empty. Yes, they came home for the vacations, but never again to live. It's turning point for all of you and I hope and pray a good and fruitful one.
August 8, 2013 at 4:17 PM

Penelopepiscopal said…
Thanks, Perpetua! Prayers are good, and appreciated!
August 8, 2013 at 4:41 PM