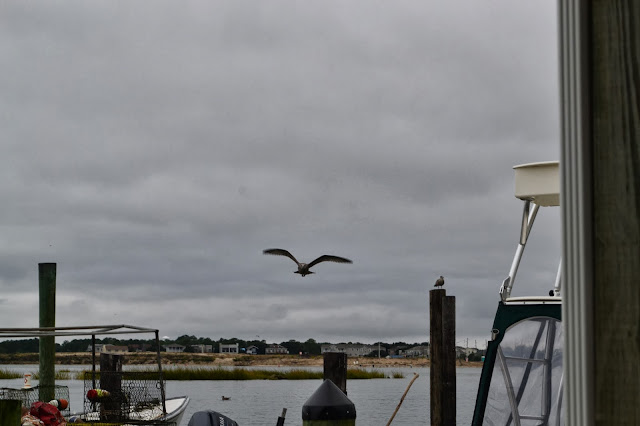 The other evening, during a break in the constant rain we've been having, I stopped for dinner at a seafood place that's right on an inlet that leads to Chesapeake Bay. I'd been there before and knew it would be a fun place to watch the birds while I ate my shrimp. Many of the large herring gulls were congregating on the roof, so several times I got a great view of a gull heading right toward me before veering up to the roof. 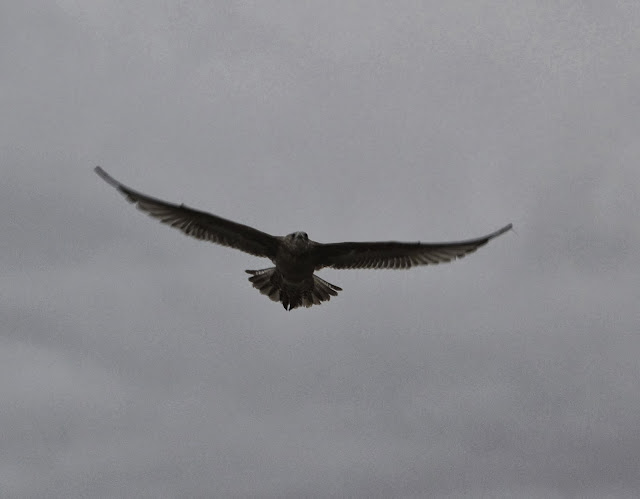 People who've visited this blog regularly know I'm really into birds and love to see, over and over again, the mechanics of flight, including takeoffs and landings. And so, even though the light was terrible (late afternoon on a very overcast day), I still had a great view of the way the feathers work as these large gulls come in for a landing. 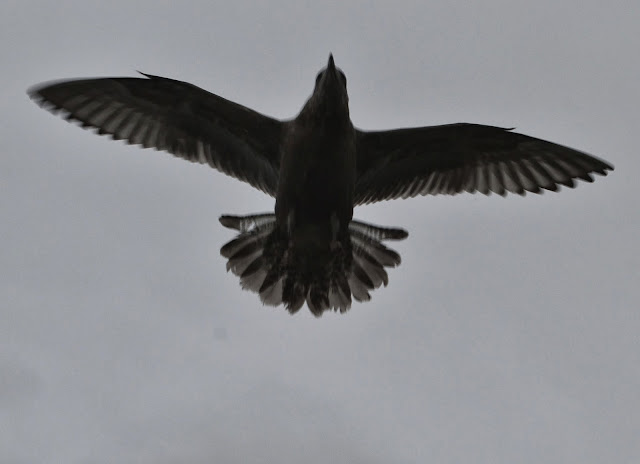 Here's the gull just as it is about to start the hovering that will lead to landing. See how the shoulders have small feathers lifting out from the wings? And how the tail feathers are now spread into a rounded shape? Cool, huh?

Ray Barnes said…
Clever birds, and clever you, both for noticing and for photographing it so clearly.
Thanks.
October 16, 2013 at 5:47 PM

Penelopepiscopal said…
Thanks, Ray! Luck of the seating draw. If the light had been better, I'm sure I could have gotten some interesting photos, but then again, the silhouettes are pretty interesting, too. It was certainly fun to watch in person as bird after bird swooped in for a spot on the roof. The better to see where the food is, I'm sure.
October 16, 2013 at 8:15 PM