Some thoughts on working to eat 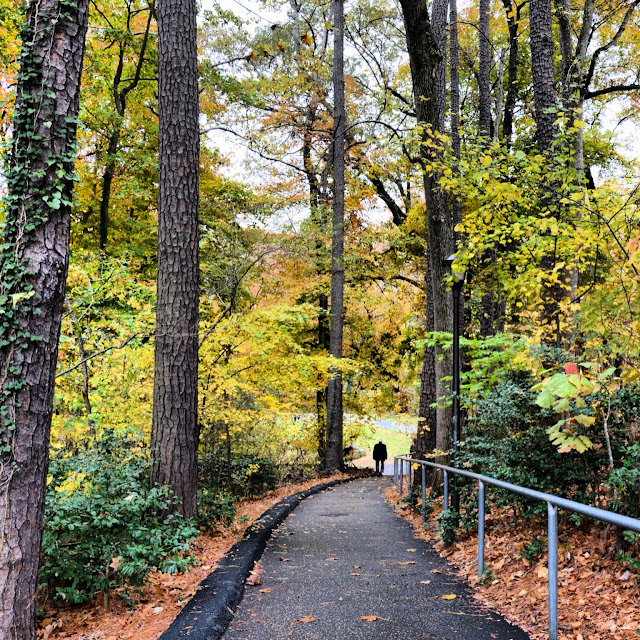 I don’t know about you, but I tend to get a little anxious when Jesus starts talking about wars and insurrections and false messiahs and the destruction of the temple, and how our relatives are going to betray us to the authorities.

And sometimes I get confused when Paul announces what sounds like a mandate to close down all the soup kitchens and food pantries, making me wonder if he even knew the story of the feeding of the 5,000 after all, or if we should all take our contributions back from the local food pantry, not to mention cancel our harvest basket programs.

There has to be some context here! And, of course there is.

Once upon a time there was a young church in Thessaloniki, the Roman capital of Macedonia, a church that Paul had planted and to whom he wrote the very first letter we have in the whole New Testament only twenty or so years after Jesus’ death.

The folks in this community were particularly concerned about the second coming of Christ.  This was a great expectation of the Thessalonians, and probably all of the early Christian communities; in Paul’s first letter to them, he goes to some length to explain and reassure them that their relatives and friends who have died will still be part of the great resurrection when Jesus returns.  They really don’t need to worry about that.

But meanwhile they do need to worry about doing their work within the community and setting a good example.  Paul himself set a good example, working night and day, he says.  The Thessalonians don’t want to be considered some kind of odd sect, he suggests, but they do apparently keep to themselves, so that they do not depend on the outside world.

It seems, however, that at least some of the Thessalonians decided that since Jesus was going to come back any minute anyway, and since they were all saved anyway, then they would just sit back and wait in leisure, letting others take care of things.  And, because in his first letter Paul explained that Jesus would return like a thief in the night (and so they needed to be ready), some of them were compulsively examining every potential clue to see if in fact Jesus is in the process of coming back - could this be a sign?  How about that?  Is Jesus back yet, is he, is he, is he?

And so Paul had to write a second letter, in which he reiterated several of his points from the first.  Perhaps he had overstated the issue about Jesus’ imminent return, since time has passed and Jesus still had not come back.

Paul told them pretty much what Jesus says in Luke today - that the gathering of the faithful will not come before there are some big events that are cosmic in scope.  It’s not going to be subtle.  They really won’t be able to miss it.

Meanwhile, however, he warned those who are continuing to sit back and wait for the big day without contributing to the community to avoid spending their time getting into everybody’s business.   And so he called down the slackers, which is where our passage today comes in.  We all are to work to build up the community, not to simply wait in leisure for Jesus to come back.

So there’s our context.
Paul is not saying that we should not feed the hungry unless they get jobs.  That would go against the grain of everything the Old Testament (Paul’s Scriptures) and Jesus (Paul’s Lord) are about - caring for the most vulnerable among us - feeding the hungry, clothing the naked, showing hospitality to the resident alien and the traveler.  That would be like saying we only assist people who do not need help.
Paul is saying, do your work, don’t be a busybody, don’t sit around and let others take care of you, don’t neglect doing your part in building up the community, because you’re “busy” waiting for Jesus to come and save you personally.

The early Christian communities did tend to keep to themselves.   They lived somewhat separate from society and took care of their own.

Our world, however, is not very much like the world of first century Roman Macedonia.  We do live in the world, and we are not separated like a funny sect.  The church has evolved.  It has grown beyond tiny communities anxiously searching the heavens for signs of Jesus’ return and has over time discerned its call to be his hands and feet in the world, not just inside the church but for the whole community, as far as we can reach, and even beyond our own reach. We are able to do this as part of the larger community of The Church.

While we all know that institutions can spend resources on self-maintenance and even become corrupt, it is also true that through institutions we can deliver many good things to many people.  Together, we are stronger than we are alone; together, we can do so much to feed the hungry and clothe the naked and shelter the stranger.

There’s great hunger out there; people need to be fed in so many ways. Families trying to escape poverty, addiction, domestic violence, homelessness need not only food but classes to teach them how to be self-sufficient. There are mentally ill folks who need dinner on Wednesday nights and who also hunger for friendship and community.  Homeless people need peanut butter sandwiches and also the human touch provided by those who wash their feet and give them clean socks.  Children hunger for relationships with other children from all over the world so that they can learn how much they have in common with people of other faiths instead of learning to demonize them. Women in poverty hunger for the means to feed their families and become productive members of their communities.

And so, our context (unlike the Thessalonians’) is this:  We live in a world where people are hungry, suffering from hunger of every kind.  And Jesus says, whatever you do to the least of these, you do to me.  Let’s not sit back and wait for Jesus our personal savior to make things better.

Let’s work together to make our world better in his name.