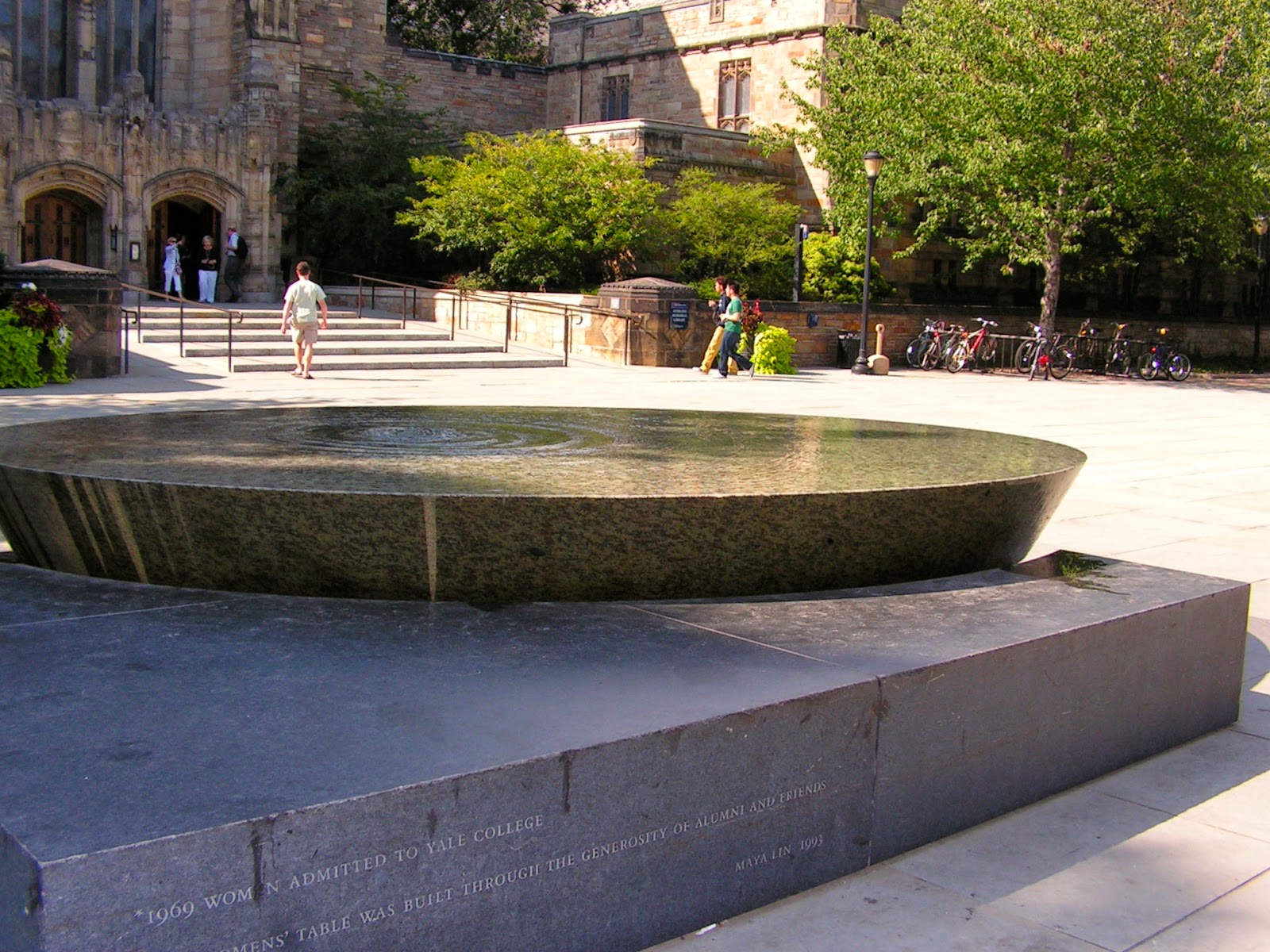 This is the Women's Table fountain on the campus of Yale University. It was designed by Maya Lin (a Yale graduate who also designed the Vietnam War Memorial in Washington, DC) and was commissioned in 1989 to commemorate the 20th anniversary the university becoming co-educational. Lin, however, made sure to make note of the women who were a part of Yale in the years before 1969, including those who studied fine arts and nursing there in the 19th century.

The fountain is situated just outside the beautiful Stirling Library.