Some Thoughts on Forgiveness 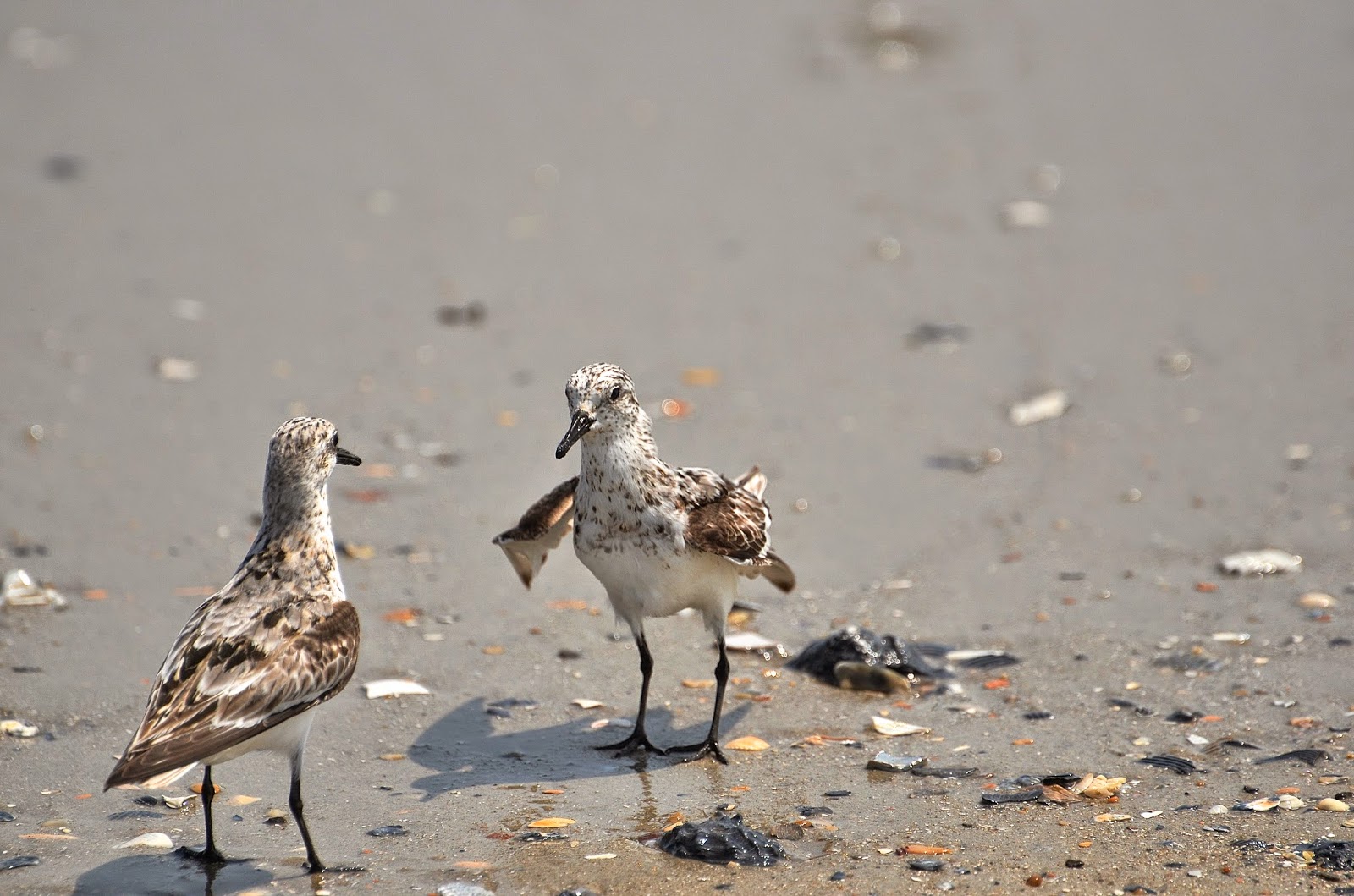 In 1970, I and every teenager I knew, the boys in their bell bottom pants and the girls in their crochet hats, flocked to movie theaters to watch fictional Radcliffe student Jennifer Cavilleri tell her Harvard boyfriend Oliver Barrett, when he tries to apologize for yelling at her, that “love means never having to say you’re sorry.” Oliver repeats this line to his estranged father at the end of the movie, after Jennifer has died of leukemia, although most of us didn’t hear him say it over our loud sniffling at the beautiful, dramatic sadness of it all.

Ah, how romantic this Love Story was!

Anyone who’s ever been around teenagers knows that saying “I’m sorry” is a difficult task. Saying “I’m sorry” and actually meaning it is well nigh impossible. In recent days, instead of saying “I’m sorry,” several purportedly grownup people have gotten into fights while cruising at 35,000 feet, demanding that airplanes full of people be landed RIGHT NOW because someone has reclined the seat in front of them.

No wonder we all loved the line “Love means never having to say you’re sorry.” We don’t want to say we are sorry. We don’t even want to BE sorry. We want to be spared discomfort. Especially the discomfort of admitting that we are wrong.

So, if saying sorry is that difficult, then saying, “I forgive you,” is nearly unthinkable. After all, when we forgive, doesn’t that mean that we are letting someone run over us?
Doesn’t that mean that we are saying what they did was OK and signal to the offender that he or she can just keep treating us badly - can just keep reclining that seat or cheating on us or hitting us? Doesn’t it mean that the offender gets off scot free while we are stuck with our anger and hurt and humiliation?

Yet Jesus says we are to forgive. So perhaps like Peter we try to make some rules around forgiveness. Mine might go like this: IF you say you are sorry and that you will never do this to me again and you make it up to me, THEN I will consider saying that I forgive you. Although I might not actually forgive you, because I might just want to hang on to my resentment for a while so I can bring it up again later.

Oh, how we love to hang on to our resentments. At least I do. I can still recount in detail so many hurts and betrayals, from 1970 right up to last week. I want to hang on to them because for some ridiculous reason I think that letting those resentments take up significant real estate in my soul will somehow make those who have hurt me suffer.
If I just hang on to it, they won’t get away with anything.

And what about when people won’t even say they are sorry? How can we even think of forgiving someone who isn’t penitent?

And what about whole groups of people, a generation or an ethnic group or an entire country?

No, forgiveness is too costly.

The thing is, though, it’s not nearly as costly as refusing to forgive.

Because as Anne Lamotte, among others, have said: Refusing to forgive is like drinking rat poison and then waiting for the other person to die.

The one who suffers the most is the one who cannot forgive. The one who hopes to retaliate, get revenge, punish - that person is a prisoner, bound to an identity as a victim, with a hole in the heart where love is supposed to be.

In the mid 1990’s, after decades of racial strife and abuse in South Africa under the system of apartheid, Nelson Mandela, was elected president. People expected Mandela to be full of fire to retaliate against those who had imprisoned him for 27 years, perhaps to unleash a bloodbath fueled by a lust for revenge. Instead, Mandela invited his former jailer to attend his inauguration as a VIP guest and asked Desmond Tutu to chair the Truth and Reconciliation Commission in hopes that telling the bitter, ugly, painful truth in front of God and everybody would be the way forward for the country. Perpetrators would admit to the terrible things they had done. Victims and their families would name their pain and humiliation. The hope was that this would be a way for the country to heal. So the people would tell their stories, and perhaps they would admit their wrongdoing or their humiliation or their pain or their regret. And then we would all see what happened.

And what happened was that many people forgave. They wanted to end the cycle of violence; they wanted to be free of resentment and hatred; they wanted to move forward and not stay stuck. And so, many expressed regret, and many forgave.

We know, Tutu said, that forgiveness is the only hope, the only way forward.

Also in the 1990s, a small group of Israelis and Palestinians, each of whom had lost a close family member in the never-ending conflict in that region, got together to form the Parents Circle Family Forum. They wanted to stop the wave after wave of death. They wanted to work for peace. They wanted to heal the holes in their hearts left by the senseless killing of their family members. And so they got together to talk, because even though they were supposed to be enemies, they had something important in common: the death of a child, a spouse, a parent. And they knew that hating Israelis or hating Palestinians would not bring back that child or spouse or parent but would instead ensure that more people would suffer as they had. And so they work for reconciliation. Once, during a time of heavy fighting, some of the Palestinians from the group went to the Israeli Red Cross in Jerusalem to donate blood for Israeli victims while their Jewish friends slipped into Ramallah to donate blood there for Palestinian victims. People were shocked that they would donate blood to the enemy. But their work is about forgiveness, relationship, love. Reconciliation is the only way forward for them.

In 2006, the world watched in near disbelief as members of the Amish community in Nickel Mines Pennsylvania attended the funeral of the man who had shot and killed five children and injured several more before turning the gun on himself. Some went to console the widow and the parents of the gunman after they had heard the news. Media reported parents telling their children that they should not hate the man but should forgive just as Jesus forgave from the cross those who crucified him. The mother of the gunman now goes every Thursday to help care for one of the victims who was left severely disabled. Reconciliation is the only way forward.

If you Google “forgiveness stories,” you will find many examples of people who decided to forgive rather than to be chained to misery and resentment. Sometimes they will say they forgive so that they can move on. They forgive even if no remorse has been expressed. They just don’t want hatred to take up the room in their hearts, hearts as Bishop Tutu puts it, that are supposed to be made for love.

That doesn’t mean there aren’t consequences. That doesn’t mean we must allow ourselves to be abused. Forgiveness isn’t saying it’s ok to hurt me. Some relationships can not be continued. But forgiveness allows us to move into health and away from victimhood.

And then look around and see what happens when people forgive. Look at people who love, even though they may still have pain, and see them be able to grow and to live and give life to others. See the beauty, the peace. See what happens to people who find themselves forgiven, how they show the world what love really looks like.

And look at yourself in the mirror and say, I forgive you, too. That might be really hard, but you won’t be sorry.

Postscript: In 1972, there was another movie we all went to see. Ryan O’Neal, who had played Oliver Barrett in Love Story, was in that one, too. His co-star, Barbara Streisand, says to him in one scene, Hey, love means never having to say you’re sorry. And he looks at her and replies: That’s the most ridiculous thing I’ve ever heard.

Ray Barnes said…
Lovely post Penny, and particularly apt at the moment.
What a wonderful world it could be.
September 14, 2014 at 5:24 PM

Penelopepiscopal said…
Thanks, Ray - it could be and it isn't and that's hard for all of us. But we have to keep holding up the images of what forgiveness and reconciliation looks like, I think, so that we can live in hope.
September 15, 2014 at 3:25 PM