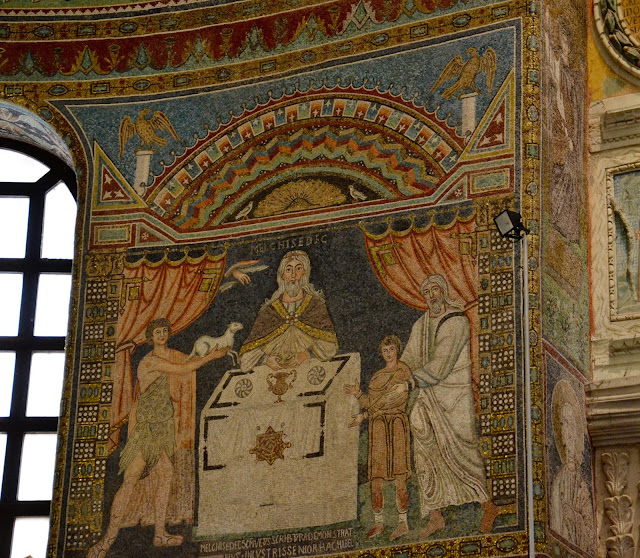 I'm going to two (count 'em!) Celebrations of New Ministry (i.e., installation of a new rector) this week, which reminded me of this 6th century mosaic in the Basilica of Sant' Apollinare in Classe (near Ravenna, Italy). Presiding over the altar is Melchisedek, along with Abel on the left and Abraham/Isaac on the right. The hand of God directs all things from the heavens.

Melchizedek was, in Genesis 14:18, the "King of Salem" and "Priest of the Most High God" who offered bread and wine to Abraham as he was returning from battle after defeating four kings. The early Roman Christian church referred to this as a Eucharistic offering.

Melchizedek is also mentioned in Psalm 110 and in the Letter to the Hebrews.