Some thoughts about Jeanne d'Arc 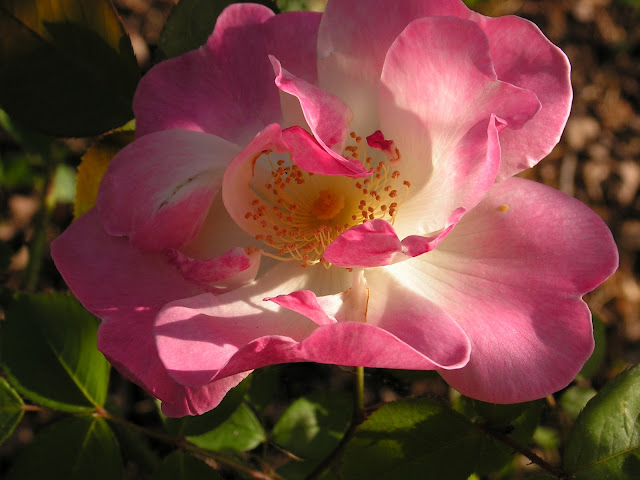 Today is the feast day of Jeanne d’Arc, also known as Joan of Arc, the patron saint of France and of soldiers.  Born to peasant parents in the village of Domremy, Joan began to hear the voices (and sometimes see some kind of vision) of Saints Michael, Catherine and Margaret when she was thirteen.  At first, they simply urged her to develop her piety but eventually began to direct her to become involved in the struggle to bring Charles, son of King Charles VI, to the contested French throne during the Hundred Years War.

Obediently, 17-year old Joan traveled to the French court, took on male attire, and persisted in making her way through layers of bureaucracy. She convinced Charles to allow her to command an army, which she led to a spectacular victory over the English at Orleans. Charles’ supporters were reinvigorated by the inspiration of this armored Maid of Orleans, and after a string of victories, Charles was crowned at the Cathedral in Rheims with Joan in attendance.

She laid down her arms on the altar of St Denis after being shot through the thigh with a crossbow but went back to the field one more time.  At Compagnie, Joan was trapped outside the castle, dragged from her horse, and promptly sold to the English with no intervention by Charles.  Held in a secular prison guarded by English soldiers, she continued to wear male clothing for protection.  The Inquisition was called in.

After nearly five months of testimony, beginning with charges of witchcraft and ending with a conviction of engaging in cross-dressing, Joan was condemned a heretic at nineteen, and she was burned at the stake on May 30, 1431.  A new trial by the Church in 1450 overturned her conviction and declared Joan to be a martyr.  She was declared a saint in 1920 by Pope Benedict XV, who called her a “most brilliant shining light” of God.

Well.  What’s a peacenik like me doing fawning over a warrior saint?

I think it’s her fiercely compelling story, some of which we get to hear in her own voice, via the transcripts of her trial.

For instance, Joan was led by her voices to find a sword buried behind the altar in a church in Tours.  It had five crosses on it and was covered with easily removed rust.  “I loved that sword,” she testified, “because it was found in the church of St Catherine [of Fierbois], whom I loved.”  She only actually used the sword, however, to whack the backs of trollops while running them out of the army camps; during battles, it resided in one of its three special sheaths, while her hands were busy with her horse and her banner.  “I loved my banner forty times better than my sword. And when I went against the enemy, I carried my banner myself, lest I kill any.  I have never killed anyone,” she said.

Joan inspired hundreds of books, plays, musical compositions, movies, and all kinds of art.  Mark Twain, not normally known for his religious sentiments, declared that his biography of her was his best book and said: “Whatever thing men call great, look for it in Joan of Arc, and there you will find it.”  Sir Arthur Conan Doyle declared that “...next to the Christ, the highest spiritual being of whom we have any exact record on this earth is the girl Jeanne.”   “She chose a path, and went down it like a thunderbolt,” said an admiring G.K. Chesterton.

Joan’s own voice comes through loud and clear in the trial transcript.  When asked by her inquisitor in what dialect her “voices” spoke to her, she replied, “In one better than yours.”  Do you believe in God? she was asked.  “Yes, better than you.”

But this is what I love best about Joan.  At her trial she said, “I am not afraid - I was born to do this.”

And so I pray that like Joan, when I recognize what I believe God calls me to do or be, whatever it is, no matter how daunting it might seem, I will answer yes.

And not just that I will say yes.  I pray that I will go down that path like a thunderbolt!

Jane Ellen said…
What a wonderful post! I have always had a fascinations with Joan of Arc, but was repelled by her as well. I think I understand her a bit better now.
May 30, 2012 at 9:21 PM

Anonymous said…
Thanks for the post. I just visited Orléans and saw her statue in the center of the city. It has given me a desire to look deeper into her story....and your post has given me a good kick in that direction.
http://www.davidbrazzeal.com
June 1, 2012 at 2:11 AM