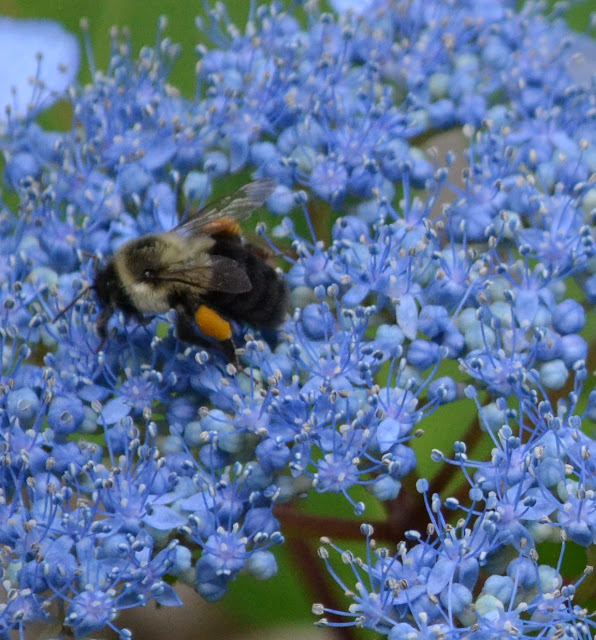 Today is the feast day of St Benedict of Nursia, the early 6th century monk who is most famously known for writing the Rule of St Benedict, a book of precepts for people living together in community under the authority of an Abbot. While Benedict didn’t really set out to start a religious order, he is considered the founder of Western monasticism.

The rule organizes the Benedictine’s day into regular periods of prayer (both communal and private), sleep, spiritual study, and manual labor. Work and pray, work and pray, labora et ora, goes the day of the Benedictine monastic.  Many people have adopted the Rule, or some version thereof, not only monks and nuns but also just regular people who want to be more intentional about their life in God and turn to the Rule for guidance and inspiration. Some of them become associates of a Benedictine house somewhere even though they don’t live in it. They follow the rule at home: work and prayer, prayer and work.

Benedict originally just wanted to flee the world. He was disgusted by the politics, culture, and manners of the day in Rome, where he was studying as a young adult. He fled to the mountains to live a simpler life. But even there he found the world intruded upon him too much, and he moved into a cave.

It’s not clear how he came to live in a community, after all of that. But it is interesting that his overarching theme for his Rule was moderation. Not too much of this or of that, not too restrictive and not too lenient. Not just work, but also study. Not just prayer, but also welcoming and caring for guests. Not too much being alone, but also being in community not only with the other monks but with the people of the land around the monastery, too.

Work and pray. Prayer and work.

Meanwhile, Jesus says, you can’t be my disciple if you don’t give away all your stuff.

Which of course makes us think of monks like Benedict.

Most of us, however, do not want to give away all of our stuff. We would prefer not to follow this prescription of Jesus. We would make his pronouncement to be a metaphor, perhaps.

But the Benedictine monks got it. Following Jesus and renouncing their worldly goods did not mean that they lived in abject poverty, that they didn’t have beds to sleep in, that they didn’t have food and wine to nourish their bodies and books to feed their minds and souls.  They had access to all of those things, even if they did not own any of them.

But going further, the Benedictine way is not about owning or not owning stuff.  It’s about living in community and being content that the community itself can provide what is needed. The monks farmed or made bread or wine or kept bees and made honey and they shared what they had with the community around them. They owned nothing individually so that they would not become attached to worldly goods, but they didn’t do without!  We tend to think: Jesus says give away all my stuff, and I just can’t do that because what would I live on then? How would I provide for my family? Is Jesus asking me to be homeless and to live in total poverty?

That’s because we think of ourselves as individuals who live in family units of three or four or two or five.

We don’t think: Jesus is asking us to let nothing get in the way of our relationship with God and to trust that we don’t have to own stuff and things in order to live a meaningful life.  We don’t think about living in a much larger community than just our immediate family; we don’t think about how a community can provide for itself, how we can be part of a generous community that has more than enough (God always provides) so that it can share its abundance with strangers and neighbors without fears about scarcity.

That’s where we get so tripped up. We fear scarcity and we hang on to our stuff with all we’ve got. We are rugged individualists who work for what we have. The monastic life sounds like communism to many American ears.

And because of that, we miss the beauty of the Benedictine way. We miss this simple fact: we are all family, brothers and sisters in Christ, and we are charged with loving one another and loving God. We are not charged with loving our stuff. Communities are always filled with resources. People in community have gifts to share, and when they are not afraid of scarcity, then they can be generous with their gifts and resources. And all will be filled. All will find that they can have what they need.

Benedict showed that such an attitude is best achieved by living an intentional life of work, study, hospitality, and prayer.  Prayer and work, work and prayer. Living in the rhythm of work and prayer helps us let go of our fears and our grasping and encourages us to become part of a true community that shares and supports and freely gives away everything, knowing that there will always be enough.

Such a community is not utopia. The monks had their quarrels and fusses. But they always lived as if there would always be enough, not only for themselves, but for everyone around them.

Wouldn’t it be wonderful if we would, too?

Kay G. said…
Reading this, I realize how very blessed I am to have grown up in Rockdale County, Georgia where we have the Monastery as an example of this "Pray and Work" discipline.
Thank you for this post today.
July 11, 2012 at 12:50 PM

Perpetua said…
Being a great admirer of Benedict and the Benedictine way of life I really appreciated this, Penny.
July 14, 2013 at 4:17 PM