Blessed are the Who? 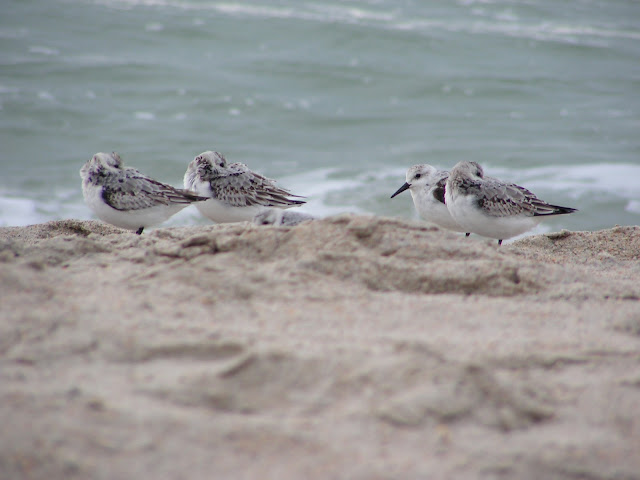 [This is my sermon from last year's All Saints' celebration.]

There is a scene in the Monty Python comedy “Life of Brian” in which Jesus is standing on a rocky hill, speaking to the multitudes gathered below.  Rather far away from Jesus,  there is a small group of people bickering among themselves, insulting one another mostly, who are obviously present because this appears to be an “in” happening and they want to be among the spectators.  Some of them are nicely dressed and obviously well-off.

They can’t really hear Jesus, and it seems that for the most part, they don’t really want to hear Jesus, but they’re hanging around the scene, sort of in the back row, perhaps because it might give them some status to be seen there.

Brian, the actual subject of the movie and whose life seems to oddly parallel Jesus’ - Brian does want to hear what Jesus is saying.  But between the bickering and the distance between himself and Jesus, it’s hard to make out the words.

And the scene goes on with more bickering and name-calling.

Well, the scene is good for a laugh, but there is much truth in it.  Jesus may not have actually said “Blessed are the cheesemakers,” but what he did say sounded equally ridiculous to the real crowds who heard his words in the first century, and no less ridiculous to those of us who hear them today.

Peacemaking is not a passive term - it’s not rolling over or staying out of the way or giving in or a simple refusal to fight.  There’s the “making” part of it.  Making is active.  Peacemaking is something one does through action, deliberately.  And it doesn’t tend to be popular, making peace, even though one could argue that there is a lot of demand for that kind of work.

Really, what’s so special about peacemakers?
People tend to think of peacemakers as a little weird, as dreamy idealists, ineffective, out of touch with the way things really are, maybe even crazy.  Peace making, getting in between those who are fighting, working for reconciliation, making broken things whole, could be dangerous and is likely to fail - who’d want to do that?  It’s a dangerous and perhaps futile action.

Speaking of action, it’s important to note that Jesus is not just standing on a hill spouting off some instructions in this scene from Matthew.  He says these words to his followers and to the crowds who have gathered around him after he has been living out an extraordinary career for some time.

Matthew sums up Jesus’ career in just three verses - the three verses before our Gospel reading for today: “Jesus went throughout Galilee, teaching and proclaiming the good news of the kingdom and curing every disease among the people. So his fame spread throughout all Syria, and they brought to him all the sick, those who were afflicted with various diseases and pains, demoniacs, epileptics, and paralytics, and he cured them.

And great crowds followed him from Galilee, the Decapolis, Jerusalem, Judea, and from beyond the Jordan.”

Jesus’ career was mostly about action, even though many more verses in Matthew are concerned with his words. The words come after, and in light of, the action, though.  Jesus healed people. He made them whole.

And this was so wonderful, so needed, so desperately desired by people all over the place that they came from everywhere and brought their friends and family and neighbors to Jesus - they hauled them out of their beds or the ditches they were dying in and brought them to Jesus so that Jesus would make them whole.

And so this set-piece discourse about blessedness comes out of the work of Jesus among the broken people whom he made whole.  The poor, the meek, the grieving, the hungry for food and the hungry for justice, the oppressed and persecuted, and also the peacemakers.  They, Jesus says, they are blessed.

And then Jesus makes a turn: You, you also are blessed when people think you are crazy and ineffective and weird and a dreamy idealist when you do the work of peacemaking and others treat you badly for it.  When they dismiss you or taunt you or revile you because you take action, when you work to make peace.  When they think you are out of touch with reality for working to be merciful.  When they shun you for working for justice.  When they laugh at you for your idealism.

But peace making, mercy-giving, comforting, justice-doing are the actions that Jesus holds up to us as blessed.  Making people and their communities whole, healing their woundedness and their brokenness on this earth here and now is the work Jesus gives us to do through these words he speaks from the mountain.

Well. What does peace-making, mercy-giving, justice-doing have to do with the Feast of All Saints? we might ask.  If all the saints are a sort of hall of fame of the heroes of the faith, people from long ago and far away who are bigger than life and in many ways rather removed from the experiences we might have in our own lives, we don’t have to wonder what’s so special about them.  They’re saints.

And then he would make the turn and say, and you - blessed are you when you act courageously and faithfully even if people think you are crazy to do so and that your actions are futile.  Blessed are you when other people think you are weird for mercy-granting, for justice-doing, for peace-making because everybody knows that won’t help you get ahead in life, that won’t make you rich or famous.

Blessed are you when people think you are crazy and ineffective and weird and a dreamy idealist when you do the work of peacemaking and others treat you badly for it.  When they dismiss you or taunt you or revile you because you take action to make peace.  When they think you are out of touch with reality for working to be merciful.  When they shun you for working for justice.  When they laugh at you for your idealism.

For all the pageantry with which we celebrate All Saints’ Day, it behooves us to remember that ultimately, blessedness is not about achieving glory.  It’s not about earning one’s way into heaven through sacrifice.  It is about celebrating not only the courage and faith of those gone before us but about the faithfulness of the one who heals us.

Blessed are the poor, the suffering, the ones who practice mercy, who make peace, who are broken or outcast or thought to be crazy, because they, and we if we are willing, will be made whole by the Prince of Peace.

Anonymous said…
Jesus ends his last beatitude (about the blessing of those persecuted "on my account") by telling them to rejoice for so men persecuted the prophets before you. The O.T. prophets are the "saints" Jesus mentions because their message of repentance (turning from sin back to God) was never popular. Jesus expects his disciples (his focus, among those who are close enough to hear him) to follow him and suffer on his account: like him, they will be the poor, gentle, merciful peacemakers who call others to repent and join their "crazy" kingdom.
November 1, 2012 at 1:27 PM

Penelopepiscopal said…
Thanks for your comment! Even though I know nothing about being persecuted, I can imagine it was not something one would be able to easily rejoice about.
November 1, 2012 at 8:31 PM