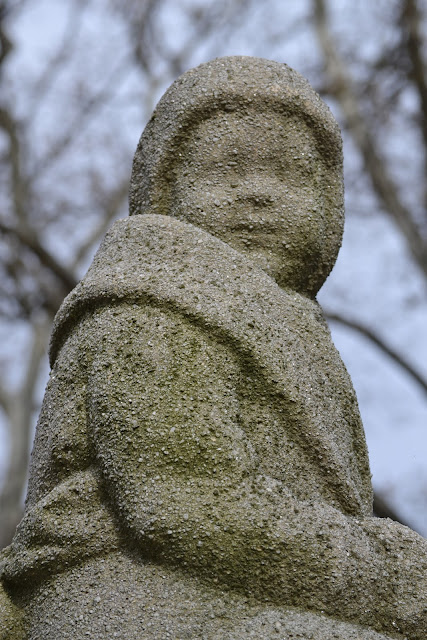 As everyone (at least in the U.S.) knows, "the holidays" is a time period that lasts roughly from the day before Thanksgiving through Christmas.  Technically, there is Thanksgiving, and then Advent, and then Christmas, all usually pretty much back-to-back except for years like this one in which we have a week after Thanksgiving before Advent begins.  (I personally am having cognitive dissonance this week. Thanksgiving is over and Advent hasn't started yet, and yet I keep thinking that it is already December.)

At any rate, for some of us, "the holidays" includes the twelve days of Christmas, and so we go until January 6, although others tire of "the holidays" somewhere around January 1 and declare the whole thing over on that day and go into a cleaning/organizing frenzy on New Year's Day.

This is a long time.  It can look daunting (if you have lots of church programs to administer!) or dizzying (if you are giving a lot of parties!) Whatever your particular definition of "the holidays" is, we are in the thick of it now even if it is the week after Thanksgiving and the week before Advent.

As evidence of being in the thick of it, I went out to do some shopping last night and noted that many of the shops were using eerily similar soundtracks. Santa Baby, sung by a Bettie Boop-like female (except for the one really flat rendition by a guy who didn't seem that excited about Santa Baby bringing him a ring etc. so I don't know what was up with that), followed by Bruce Springsteen's Santa Claus is Coming to Town and then either The Pretenders 2000 Miles (It Must be Christmastime) or one of the many renditions, vocal or instrumental, of Baby, It's Cold Outside.

But I digress. What I wanted to say is that "the holidays" are the often times we remember (or dis-remember) the most. We have very distinct (if not accurate) memories of family gatherings, traditions, events that happen during "the holidays."

We remember meals, and what we wore, and who said something funny or silly or obnoxious. We may remember standing awkwardly under the mistletoe with expectation and hope. Sometimes we remember disappointments and may hold grudges for years because of some holiday happening.

I myself have an odd collection of Thanksgiving holiday memories that include a turkey-shaped gravy boat (which I now have in my possession), a broken butter dish (I didn't break it, thank God, since it was my sainted grandmother's), eating several versions of pumpkin pie, making an apple tart, going to the beach where we stuffed ourselves at an all-you-can-eat buffet and then went for a bike ride, being on bed rest with my last pregnancy and having the whole family gather and cook everything while I watched from the couch, dressing up for the Thanksgiving meal even though we didn't have any guests, the year we had ham, raking leaves, watching the Macy's parade on TV many times and once in person, cooking for my parents and being so anxious about it that I came down with a migraine and had to go to bed after the meal.

This year, my husband and son and I went to a lovely French restaurant for Thanksgiving. We had champagne and were fascinated with how the bubbles rose in the glasses as if there were a channel from the bottom of the flutes to the top. I hope I will remember that golden bubbly-ness.

And now we are on the brink of that very busy time when we go to parties and holiday concerts (or see the Nutcracker), and do lots of shopping, and make travel plans, and have to-do lists that are as long as Santa's list of who's been naughty and nice. Every year we say we aren't going to do so much, and then we do it all anyway.  The years slide together and we maybe can't quite remember what we got for the aunts or the nieces last year. We think we don't want to go out so much but then remember the magic of a candlelight concert from long ago (and that we wore a velvet dress or shiny shoes), the clink of glasses at a party, the high spirits of gathering with friends.

Don't let "the holidays" make you crazy. Enjoy them. Remember the past. Enjoy the present. Look forward to the future. Wear a new outfit, go to a new place, gather with old friends. These are the times when memories are made.