The Gentiles are Invited to the Party 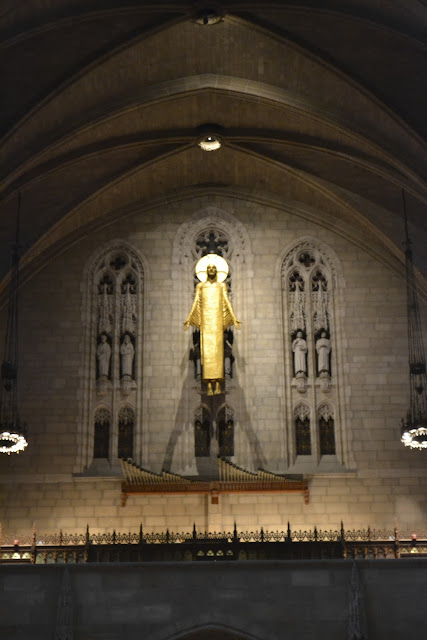 "And when I am lifted up from the earth, I will draw all people to myself," Jesus says.

And he will be lifted up from this earth. On a cross.

And he will be lifted up from this earth. He will ascend to God the Father, to that realm of divinity from whence he came.

And all people will be drawn.  Today the Gentiles are invited to the party.

But how will that draw all people to Jesus?

Sometimes I think just by the pure spectacle.  It's called a spectacle, that execution, that being lifted up on the cross with everyone watching and some mocking and accusing and taunting.  The passion narrative from Luke tells us that "when all the crowds who had gathered there for this spectacle saw what had taken place, they returned home, beating their breasts." Just like a train wreck, everybody comes out to see. They just can't help themselves.

Recall, too, Moses in the wilderness and that odd episode with the snakes.  There is a snake infestation and people are bitten and dying from the venom. And so God tells Moses to make a big snake sculpture and put it up on a pole for everyone to see. And everyone who has been bitten can look upon that snake and they will be healed.

And everyone who has sinned and fallen short (that means you and I) can look upon that bloodied and beaten man and find forgiveness.  Father, forgive them, for they do not know what they are doing. Forgive. Because we are always going around not knowing what we are doing.

It is for that reason that Jesus has come to his hour, so that we all - everybody! - might become beloved. Because God is love.  And love is going to win.

And yet we're going to have to look.  In hopes that by looking we will decide to follow the one who would die rather than join in the violence. In hopes that we will see what we are capable of in hate and stop, and hold back, because of Love.