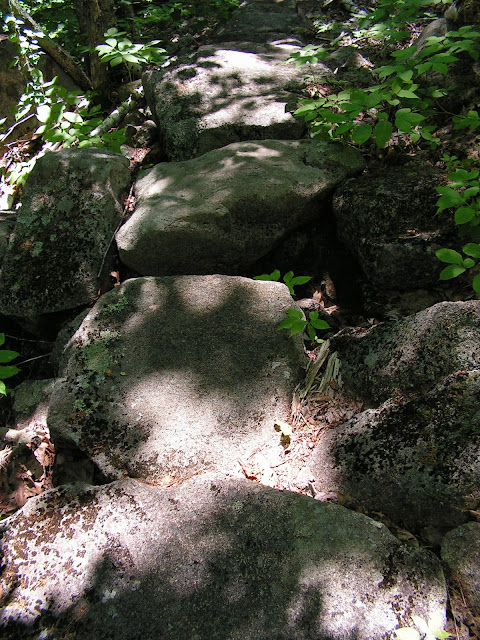 I have been on the road a lot over the past few weeks.  Mostly driving back and forth between Georgia and Virginia, with stops in North Carolina.  It's familiar territory, for the most part.  I've been driving on various parts of the route since I owned my first 1972 Volkswagen Beetle.

On one trip between Atlanta and Williamsburg, I decided not to listen to music, or NPR, or anything but to just enjoy the silence. There has been so much going on in my life that it seemed as if silence, even for hours and hours, would be a wonderful respite from all the busy-busy and noisy noise.  I hoped the extended silence would give room for my brain and my heart to circle around and around at leisure the things that were on my mind and in my heart.

I also expected that my mind would play over my own history, that I would recognize and remember all sorts of things as I drove.  And I did.

Interestingly, though, I found that names and faces of people who were mostly incidental fellow-travelers on the avenues on my life's walk were what came into focus.  Not the major players or the life-changing events, but folks and things I had not thought about for decades.  I remembered a woman my mother always called "Bird" because she was so tiny and her movements reminded Mom of a bird. "Bird" has been dead for thirty years and I don't remember her real name, if I ever knew it, and I don't remember if I ever had a conversation with her, but an image of her swam before my eyes as I passed the exit for Haw River, N.C.

I remembered the whole name, and the long black hair and pert nose as well, of a girl in college who was the roommate of the girlfriend of a friend my my home town.  I really didn't know her - I think I may have spent ten hours in her presence at most.  But she rose up in my memory, too, out of the blue.

I remembered a rest stop that I'd visited once, some time in the late 1970's, and the little dog that an older man was letting run around in the grass.

At some point somewhere in Virginia, I wondered why I was recalling these people and places.  Why them? Why now?  What was it about those people that made it into my memory banks when so many of the other people I have encountered (probably) did not?  Have I been carrying memories of these people around with me for forty years? Who knows? But it was interesting, and the experience made me think that I'd like to be more intentional about being present to those with whom I spend even a few minutes of my life.  I want to pay attention to them, to the moments of no special import and to the people who may be simply passing through, just because.