A sermon about breathing over teeth gnashing 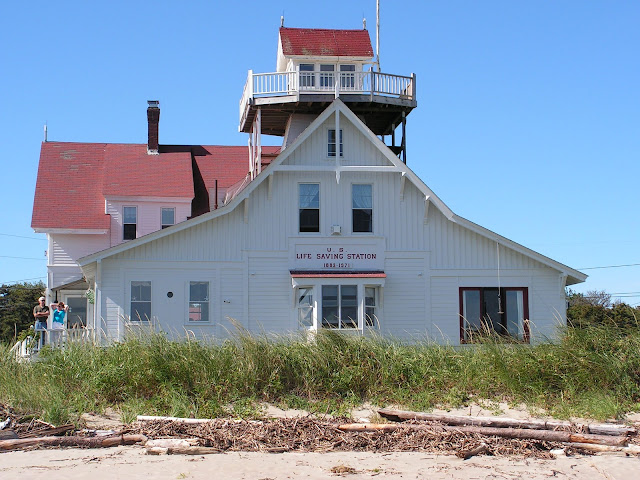 I don’t know if y’all know this or not, but there is a fire extinguisher up here, right down next to my feet.

And also a flashlight within arm’s reach.

I can only imagine what for.  Perhaps someone was worried that the preaching might catch somebody on fire.  Perhaps these candles have been known to run amok and the fire extinguisher is here to put them out and the flashlight is here to step in for them.  Perhaps I could use the flashlight like a laser pointer to identify just who it is I’m using as an example in my sermon. Perhaps someone was anticipating the time when the preacher will need to be able to find her way out, through the outer darkness where there is weeping and gnashing of teeth.  Perhaps they are here in case something bad happens.

Ah, the mysteries.  What would church be without them?

And, for that matter, what would the Bible be without mystery?  We certainly have a mystery here in Matthew’s Gospel, this story of the wedding banquet.

What kind of story is this? What does it mean? To whom is this story directed? Why does the king launch a war while dinner is being put on the table? Why does the guy get thrown out of the banquet? Is it really because of his clothing choice? What kind of God do we have, if this king is supposed to represent God in the story? And, perhaps most urgently, what is up with the weeping and gnashing of teeth?

I could tell you about Matthew’s context, about how so many stories in Matthew seem to set up an “us against them” confrontation because Matthew’s own community was in the process of being separated, probably not amicably, from the Jewish community from which it came. I could tell you that Matthew’s focus is often on how his community’s interpretation of the Jesus story and the workings of salvation is the right interpretation over against the interpretation of the religious leadership of the dominant community, the chief priests and the Pharisees.  And that, as a result, there are many stories of people being thrown out of this place or that one in this Gospel.  Sometimes it’s Matthew’s people being thrown out and sometimes their rivals are the ones being thrown out - getting what’s coming to them in a “don’t worry they’ll get theirs” vengeful sort of way.

I could tell you that this story is an allegory, which we know because of the improbabilities we are supposed to accept without question, such as the aforementioned issue about making war while dinner is served; as well as the oddity about one person not having the right clothes when everybody was brought in with no notice; and that Matthew’s point is theological, not historical or cultural or even factual.

I could tell you that even though the text says the man was “speechless” in response to the king’s question about how he got in without proper attire - which I, too, might be at such a question when the king was the one who invited me in the first place - other translations more properly use the phrase “was silent.” As in, the man didn’t have an answer - nor an excuse - to the king’s question.

I could tell you that the parable was told to, and aimed at, the Pharisees and the chief priests, which we know from the end of the previous passage, and that the destruction of the city points back to the first destruction of Jerusalem six hundred years before.
And I could tell you that there are all kinds of wonderful things to see in the middle of the story, things to do with inclusiveness and generosity and overflowing abundance.  The kinds of things I really like to talk about when I’m talking about God and God’s ways.

But we all know that when a Bible reading ends with someone being cast into a place where there is weeping and gnashing of teeth, everything else that came before those words flies right out the window.  When we hear about the man suddenly and without warning being thrown into the outer darkness, our deepest fears leap like deer to the fore. We freeze.  We get real quiet.  Maybe we get sweaty, hold our breath, tense up -- we do what we do to get ready for the blow.

Our deepest fear takes over, our lizard brain takes over, and all we want to know is this:
Does this mean that I’m going to hell?

There it is. The 64 Trillion Dollar question. Even though I’m here in church, have I unwittingly done something that is going to cause God to pull the rug out from under me and send me into the outer darkness, too?

If we are serious about our life of faith, we have to find the courage to wrestle with hard questions.  And I mean wrestle, not find a way to set them aside, to explain them away, to excise them from our canon.  Sometimes such wrestling convicts us and invites us to repentance.

And sometimes such wrestling helps us gain a new understanding not only about who we are (which is our usual concern) but also who God is.  Remember that our lizard brain blinds us to all but our fears; only when we can put aside our fears about ourselves, we might be free to become curious about God.

Curiosity is a wonderful thing. Curiosity invites us to investigate, to poke around, to boldly go with split infinitives and without fear to whatever places our questions might lead us.
So, let us let go of the Me question (is God going to throw me into the outer darkness?) and move on to the God question (who is God, what is God like?).

The thing about God is that God can’t be apprehended through one story.  One paragraph does not describe God in God’s otherness and wonderfulness and infiniteness.  The Bible is full of stories about God and God’s activities and God’s ways.   And so curiosity calls us to look further, to find those other stories and see what they say, too.

In fact, let’s look at the story from Exodus today.  Here the people get themselves into all kinds of trouble with God because they, in their anxiety about the fact that their God is not able to be seen and the real possibility that their human leader has died or deserted them, create an idol that they can see and worship.  Not surprisingly, God gets really angry at this transgression and threatens destruction.  But Moses, like Abraham before him, stands before God and reminds God of God’s promises of care and salvation and relationship - of God’s own righteousness - and the Divine Mind is changed.  There is no destruction.

A few weeks ago, we heard the story of Jonah, who was sent by God to Nineveh to call the people to repentance, the old threat to turn or burn, and the people do repent, and God does not destroy them after all.  (Which, I might add, totally ticks Jonah off.)

The prophet Ezekiel, not known to be one of our more warm and fuzzy Biblical guys, speaks these words of God to the people of God: I have no pleasure in the death of anyone, says the Lord.

And remember what we heard last week: Jesus asks about what will happen to the wicked tenants who have ruined the vineyard and killed the vineyard owner’s son. The people say that they should be destroyed, but Jesus does not say so. As Chris said, Jesus takes away the part about the miserable death and promises that the kingdom belongs to those who bear fruit.

We want to be saved. And we want that so badly that we hear every possibility that we might not be saved so loudly it drowns out everything else. It drowns out the yearning of God for people to re-orient themselves toward God and away from meanness and cruelty and war and greed that we people find ourselves drawn into.  Our fear about our own salvation drowns out God’s compassion for us while we chase after worthless things, which God knows we can hardly help doing.  Our fears keep us from hearing about God’s generous nature because it seems, ironically, “safer” to believe in a punishing, scary God. We don’t want to be wrong and mistake a lion for a lamb and get eaten alive.

But from the beginning of our story as God’s people, God has made promises to us, and the Scriptures attest to that fact over and over again.  God is faithful.  God is merciful. God stretches forth a mighty arm to save even the grumpy and the hapless.

So, if we’re all breathing now, let’s go back to the story from Matthew. Originally, the elite are invited to the divine banquet; eventually, everyone, good and bad, rich and poor, popular and unpopular, is brought in. The banquet is for everyone, not just for some. But just showing up turns out not to be all that is required of us.  There’s more, the part about bearing fruit, and God is supposed to be able to see that fruit when God looks at us.  We may instead choose not to enter into conversation with God about that.  We may disappoint God.  People have done it before. People like King David, or Simon Peter.

But let’s don’t stop there.  Let’s remember all the other things we also know about God, that God invites everyone, that God gives away everything to us whether we deserve it or not, that God may indeed be disappointed in us, may be frustrated with us, but God also made promises and God keeps those promises.  Because God is that good.

And if we can remember God’s promises, can remember that through Jesus our salvation is assured, maybe we can let go of our anxiety-ridden fixation on our own selves and our fears about our own salvation.  Maybe we can spend our time being generous and inviting and inclusive towards others as modeled by our creator.

Maybe we can instead spend our time and our energy bearing fruit ourselves.

Penelopepiscopal said…
You can view me delivering this sermon in my very Southern drawl on our YouTube channel: