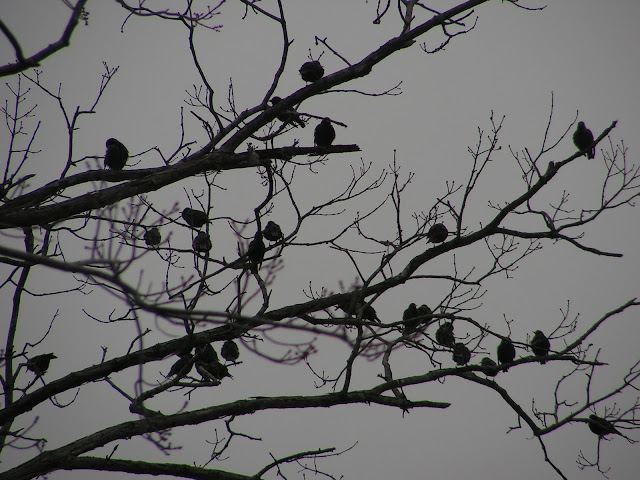 Today as I was leaving the parking lot for lunch, I noticed a beautiful cardinal (male, bright red, pointy-headed) flitting around the car parked next to mine.  As I got closer, I saw that he was fighting with himself - he was flying over, under and around the side mirror, pecking at his reflection.  When I got even closer, he flew over to a nearby branch to wait me out.

And when I returned a little later, there he was again, this time on the windshield, swiping at his reflection with well-placed beak jabs.

I got a chuckle out of it, but at the same time I winced.  I have to say that I have done an awful lot of fighting with myself over the years.  It isn't pretty.

What I mean by that is that I see in "other people" things that I don't like ... and then if I will take time to reflect, I will most likely realize how guilty I am of doing those same things.  I get irritated about someone's whining about something but if I stop and think about it, I suddenly realize how much whining I am doing myself.  I am whining about their whining.  I get put off by someone's negativity only to recognize, later, my own engaging in negativity.  I don't like someone to one-up me, and so my response is to one-up them.  "I don't like people to act all superior," I think superiorly.

But it's pretty common.

Jesus said, "Be sure to take the log out of your own eye before you go after the speck in someone else's eye."