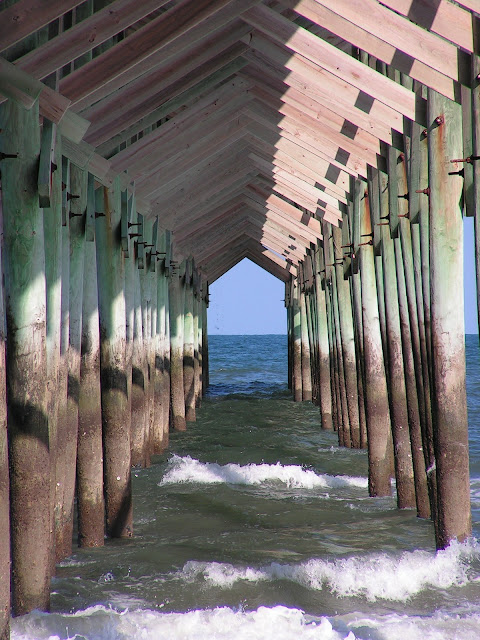 The next day Jesus decided to go to Galilee. He found Philip and said to him, "Follow me." Now Philip was from Bethsaida, the city of Andrew and Peter. Philip found Nathanael and said to him, "We have found him about whom Moses in the law and also the prophets wrote, Jesus son of Joseph from Nazareth." Nathanael said to him, "Can anything good come out of Nazareth?" Philip said to him, "Come and see." When Jesus saw Nathanael coming toward him, he said of him, "Here is truly an Israelite in whom there is no deceit!" Nathanael asked him, "Where did you get to know me?" Jesus answered, "I saw you under the fig tree before Philip called you." Nathanael replied, "Rabbi, you are the Son of God! You are the King of Israel!" Jesus answered, "Do you believe because I told you that I saw you under the fig tree? You will see greater things than these." And he said to him, "Very truly, I tell you, you will see heaven opened and the angels of God ascending and descending upon the Son of Man."

Nathanael has a moment of sarcasm here.  Or perhaps some kind of partisanship, I don't know.  Maybe he's just the master of the witty quip - we all know people like that, who can, in the blink of an eye, deliver sharp and dead-on commentary to the delight of all in company.  Nazareth? Oh yes, that place. Ugh. Can anything good come out of Nazareth? he says. And everybody giggles and nods.

What I like in this passage is Philip's response. Philip doesn't get all huffy or defensive. He doesn't engage Nathanael in a debate. He doesn't even call him on his slightly curled-upper-lip comment.  He just says, "Come and see."  See for yourself, have an experience of the other, before you cast judgment.  Only he doesn't say the last part, the slight rebuke. He just says, "Come and see." Philip trusts that Nathanael will have an experience of Jesus and understand.  He doesn't need to issue a warning.

I don't know what kind of person Philip was before he met Jesus, but it is interesting to note that Philip's comment (come and see) is the same as what Jesus said to Andrew and another of John's disciples in his first encounter with them.  Philip is already doing what Jesus would do: not engaging in harangue or partisanship or argument or witty quips but inviting people to experience and see for themselves what Jesus is all about.

We're all full of quips and witticisms. But when it comes to following Christ and sharing the Gospel, our well-timed delivery and even our eloquence are secondary at best.  As the saying goes, preach the Gospel at all times, and if necessary use words. And perhaps, still, as few words as we need. How about just "come and see?"

Brenda said…
Ah, my favorite quote from St. Francis of Assisi. Words seem less necessary than actions so much of the time. Great post!
January 15, 2012 at 3:59 PM

Kay G. said…
Is this only mentioned in the Book of John? It is really my favorite gospel, it reads almost like a newspaper report, but a very, very well written one. "Come and see", as you say, just a simple, gentle.."see for yourself" kind of invitation.
Great sermon.
January 15, 2012 at 6:14 PM

Penelopepiscopal said…
Thanks, Brenda! Easier "said" than done, though!

Thanks also, Kay. This story is only in John, which is a fascinating Gospel with its particular vocabulary and themes.
January 15, 2012 at 11:25 PM