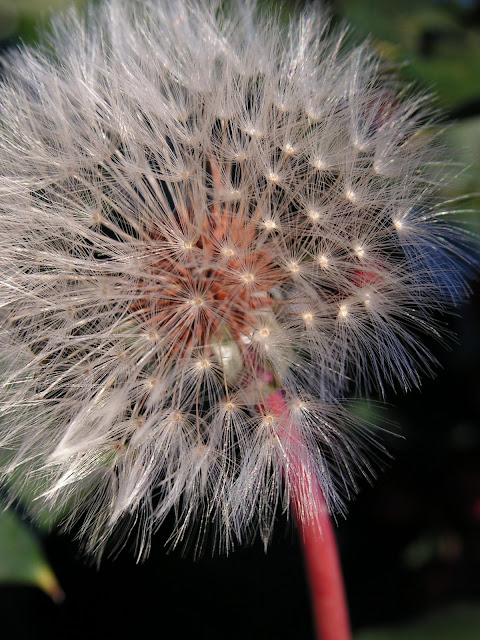 During the season after Epiphany, the "Friday afternoon break" photo series will feature representatives of that fuzzy category "weeds."

Recognizing that one person's "weed" is another person's "wildflower," depending on the person, the plant, and the location of said plant, I will simply say that the photos I'm using in this series are of "stuff that grows beside dirt roads in the countryside."  But that didn't look so swell in the post title, so we'll go officially with "weed/wildflower" and remember that, as in all things, insofar as it is necessary (and that question itself is totally up for grabs), God will in the end determine and separate the weeds from the wildflowers.

Here's a dandelion, gone to seed.  Resist the temptation to blow on your computer screen!