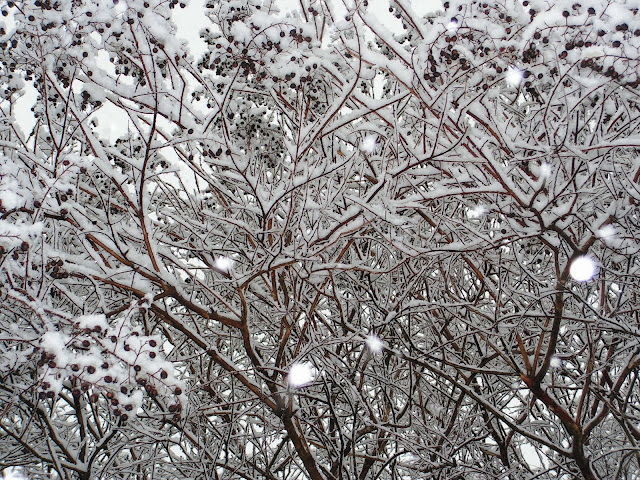 Not long ago, I watched the critically acclaimed movie Winter's Bone, starring Jennifer Lawrence, on Netflix.  I will be honest and say that left to my own devices, I might never have watched it, but my husband was interested and even though we often have very different taste in movies, the ones he recommends to me are almost always thought-provoking and they almost always stick with me for a while.

So, too, Winter's Bone.  The basic premise is that a young girl of 17 named Ree Dolly has dropped out of school to care for her younger sister and brother because their father has been imprisoned for "cooking meth"and their mother has descended into some kind of silence.  They are desperately poor, and one of the things Ree does is teach her siblings how to shoot and gut squirrels for dinner.  She has given up her own education for theirs and her own future for the squalid present that her parents have abdicated responsibility for.  Ree learns that her father has put the house and property up for collateral for his bail but seems to be missing.  If he does not turn up at his hearing, the family will be forced off the land and out of their home.  And so Ree goes looking for him.

All of the Dollys are involved in the methamphetamine business in the Arkansas Ozarks.  They live in a subculture littered with scrawny animals and junk cars, and populated by jumpy men and wary women.  And they live by a code of silence and collusion that is meant to protect them from the law.  It appears that perhaps Ree's father has broken this code, and various family members try to get Ree off the trail, first by lying to her and then by attacking her physically.

Still, Ree continues to appeal to them for help.  She figures that blood ought to count for something.  We're kin, she says, and my brother and sister and mother and I are poor and hungry and about to be homeless.  We need help, she says, and you are our kin.  But that kin is so enmeshed in their system of self-protection, that none of them can see beyond their own fears.  They do not see Ree as their kinswoman; they see her as a threat.  And they self-righteously lash out at her.

Still, she persists.  This is a justice issue for her, and she will not give up.  And finally, when she is beaten and bloody and they see what they have done to one of their own, some of the women decide to come to her aid.

I won't divulge the rest of the plot, in case you'd like to see the movie for yourself (and I do recommend it).  But I'm not giving away anything by saying that this story plays out in all times and places because it is very common for a system to be about self-protection instead of kinship.  It is very common for people to be unable to see others as their kin.  We Christians say that we are all brothers and sisters in Christ, but we have a hard time living into that.  We find ways to weasel out of our obligations to one another because we are afraid, because we have surrounded ourselves with our own system that excludes those we fear or don't like or are different and don't live by our code.

And we only realize the harm done when someone is brutalized.

Does this sound familiar?