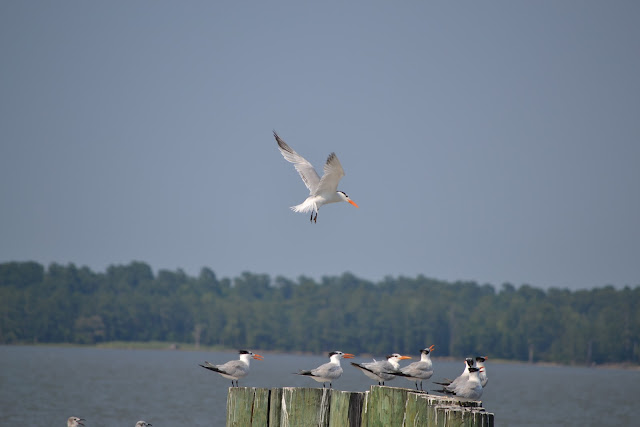 Texts for the 7th Sunday after Pentecost


I just spent a couple of days in the City that Never Sleeps, where there are nearly non-stop musical and theatrical offerings (and not just the kind you buy tickets for).  Where there is plenty of dancing in the streets (to quote St Martha of the Vandellas) and over-the-top spectacle.

Spectacle is nothing new. The 3000 year old story of King David's ecstatic dancing in a special and interesting costume before the Ark of the Covenant as it is brought with fanfare, accompanied by crowds and a kind of first century BC marching band complete with castanets, into his new capital city, while one of his wives looks on from her window in derision, is the stuff of Broadway.

And the story of Herod's birthday party gone awry, that began with a lovely dance and ended up with a gruesome presentation of John the Baptist's head served up on a platter sounds like a scene from The Game of Thrones.

And, of course, neither of these dances is the expression of simple joy. The Ark of the Covenant had been captured by the Philistines in battle, and David had recovered it and is bringing it back to his own town in which is surely meant to be a dramatic display of his power.  Herodias' dance is meant as a lavish display of Herod's vitality and his generosity as a host as well as a powerful political ruler in a country that distrusts him. These displays are carefully calculated and expected to yield results.

Which they did, although not quite the results anyone expected.  Michal left David soon after this story, and Herod would be positively haunted by John's death.

As I witnessed among the throngs in Times Square, we are drawn to spectacle, just as we are drawn to power. Spectacle is created and power easily wielded by those who have the means and a certain kind of talent.  Jesus himself was involved in spectacle, the kind that then drew and still would draw gawkers and sell tickets.

Where is God in these stories? Is God just going along for the ride on or in the Ark of the Covenant? What did God think of David's dancing - was it pleasing to God, even if it was not pleasing to Michal? I can imagine what some Broadway writer might come up with, but what are we to make of it? The Ark ended up captured again, or lost or destroyed, perhaps when Solomon's Temple itself was destroyed four hundred years after David's reign.  And that was the end of the Ark.

But that wasn't the end of God.

And what about John the Baptist? His death is an eerie foreshadowing of Jesus' even more ignoble death, which also comes in the midst of the spectacle of competing displays of power.  Prophets who come in to shake things up, who speak the truth to power, end up dead. They are too dangerous to live.  But the end of John the Baptist was not the end of his message of repentance and the promise of salvation. It lived on in Jesus, who took up the standard when John was imprisoned, who moved the story forward.

Jesus was put to death in a gruesome way, too, but that wasn't the end of him. The death of God's anointed was not the end of God.

But so is the story of the God who redeems even these horrors. That story is timeless, too. The world is full of death-dealing, but God is full of life.  God takes the horror and turns it into hope. God says: that Ark is not God, and the world of corrupt power is not the Kingdom.

Death does not have the last word in God's story.  The Ark may have been destroyed, and John may have been beheaded, and Jesus may have been crucified, but God brings new life out of death and destruction.

Things end up differently than the world expects. Things end up differently than even we expect because of, as Paul puts it so beautifully, the riches of God's grace.  All things, the blood and gore and grief and disappointment and loss are all gathered up into the resurrected one who assures us that God's plan is for salvation, not for death. God's plan is for live, not for savagery and meaninglessness.

That doesn't make pain and disappointment disappear, of course. Knowing that God's ways are not the world's ways does not mean that we will not feel brutality keenly. In fact, we ought to feel brutality keenly, and be moved by our grief and horror to stand up, in God's name, for those who are brutalized, and not to stand aloof like Herod's dinner guests.  We ought to feel grief at loss, and sorrow at destruction, and horror at savagery, and also to be moved by our love of God and neighbor to work with God to call such things out, even if it costs us.

Jesus died brutally, like John before him. And God raised Jesus to show the world that God's ways are life-giving ways, not death-dealing ways.  That God's power is nothing like the power people lust after in our world.

Jesus suffered and we will suffer.  But God redeemed that suffering and will redeem us and our suffering, too. We keep telling this story because it's true and timeless.  We tell it so that we might find the courage to do the things we know are right.

And we tell it and keep telling it not because it's exciting, but because it is such very, very good news.

Bill Bynum said…
A very cogent sermon about the riches of God's grace. I can't read this passage in Mark without thinking about the opera Salome by Richard Strauss. The stunning emotional power of the music and the savagery of the story usually reduce me to state of quivering despair by the end of the opera. It is important to remember, as you point out, that the end of the opera is by no means the end of the story, as far as God is concerned.
July 15, 2012 at 7:54 PM

Penelopepiscopal said…
Thanks, Bill. The opera highlights yet another set of competing displays of power!

Interestingly (at least to Bible nerds like me), neither Matthew nor Mark identify the girl as Salome but as Herodias, named after her mother, or just "the girl." Josephus in his Antiquities says her name is Salome, perhaps to differentiate her from her mother. But I liken it to George Foreman, who named all of his children George Foreman... The Herods were all Herod-somethings.
July 15, 2012 at 9:12 PM