What do we owe to whom? 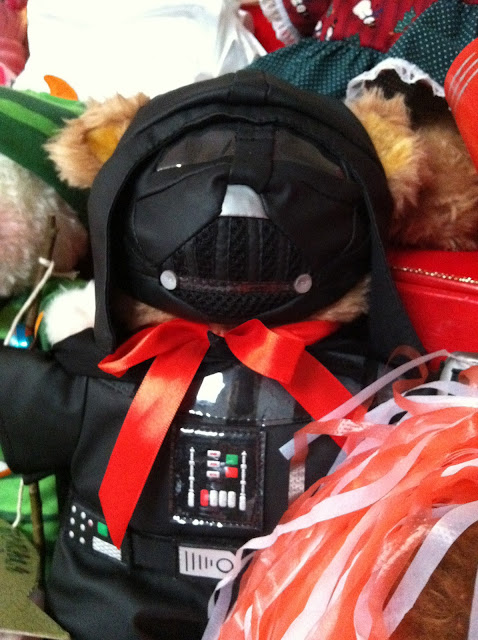 Mark 12:13-17
Then they (the Sanhedrin) sent to Jesus some Pharisees and some Herodians to trap him in what he said. And they came and said to him, “Teacher, we know that you are sincere, and show deference to no one; for you do not regard people with partiality, but teach the way of God in accordance with truth. Is it lawful to pay taxes to the emperor, or not? Should we pay them, or should we not?” But knowing their hypocrisy, he said to them, “Why are you putting me to the test? Bring me a denarius and let me see it.” And they brought one. Then he said to them, “Whose head is this, and whose title?” They answered, “The emperor’s.” Jesus said to them, “Give to the emperor the things that are the emperor’s, and to God the things that are God’s.” And they were utterly amazed at him.
Today is Independence Day, the day when we Americans celebrate the birth of our nation, which came as a result of our winning freedom from England in a war, the Revolutionary War, and going from being an group of colonies ruled by monarchs from across the ocean to becoming our own country, ruled by elected representatives of the people.
In Star Wars terms, we were the rebel forces fighting against the Empire, although I would not want to press the analogy too far in terms of a parallel between King George and Darth Vader.
Still, it was a Revolution that brought about this change.
Revolution and rebellion were a big part of Jesus’ world, too.  The Darth Vader of his time was the Emperor Augustus, Caesar Augustus. The Empire was spread out over a great swath of the known world. Many people in Judea wanted to be free of the Roman Empire’s grasp.  Plotting and counterplotting were part of the fabric of the society, and from time to time rebellions rose up, always to be put down, sometimes with great brutality, by the Romans.


One such rebellion took place sometime not long after Jesus’ birth, when Judas the Galilean rose up to fight against the Romans because they were going to take a census, which would give them the information they needed to facilitate a head tax. Judas was a religious man who believed that only God has the right to number God’s holy people and that the land that the Romans were governing in fact belonged to God.
Judas didn’t last long.
The Sanhedrin, the ruling council among the Jews, made up of the chief priests, the scribes and the elders, believed that it was best to cooperate with the Romans as much as possible. They preferred to not make waves, to keep the Romans from paying that much attention to them, so that they could go about their business (particularly their religious business) unmolested. They walked a tightrope between the religious and the political realms. They didn’t want to end up like Judas, or his sons, two of whom were crucified.
Meanwhile, back to plotting, a thread that runs through the previous chapters in Mark is the storyline of the Pharisees and Herodians plotting to find a way to have Jesus arrested and put to death.  In this scene today, the Pharisees and the Herodians (each, by the way, a kind of religious-political party within Judaism) with their constant working against Jesus are serving the Sanhedrin, who have been challenging Jesus’ authority to do things like teach in the temple without their permission.
The issue is the tax levied on each person in the Roman province of Judea, the tax that was the result of that earlier census. Judas the Galilean was dead, but his spirit lived on in the group that became known as the Zealots (another of the parties). The Zealots were highly religious and wanted the Jews to have nothing to do with the Empire. Paying the tax to the Romans was disloyal to God Almighty.
The Sanhedrin and many Pharisees, however, were willing to be more flexible about this question in order to keep the peace.
So this question about paying the tax is loaded, it’s a trap (just want to keep the Star Wars references going here). If Jesus says yes to the question of paying taxes, then he has sided with the Sanhedrin, but will lose his popular support and be seen as a religious traitor. If he says no to the question of paying taxes, then he has identified himself as a Zealot, giving the Sanhedrin grounds to arrest him as a political rebel that supports fighting against the Empire.
Jesus doesn’t simply sidestep the issue. He turns it into something completely different. He moves from the either/or political/religious positions that are supposedly all that are left open to him to the deeper realm of considering just what are the claims of God on us within our society anyway.
If we are made by God, if the world is God’s creation, if God is the one in whom we live and move and have our being, then everything belongs to God. But that doesn’t mean that we don’t participate in the world in which we live. We participate in religious life and in family life and in our society and in our government. Whatever it is we are doing in any area of our life, we do not do it in isolation. As much as we would like to neatly order things into compartments, they are all interwoven. Jesus asks us to consider what that means to us as people of God. He asks us to decide, each time and in each circumstance we find ourselves considering God and Caesar, not to mention God and family or God and society, what we owe to them.
Jesus isn’t really interested in taxes. Or coins. Or even rebellions. He’s certainly not interested in political or religious parties. He’s interested in the kingdom of God, which is not the Empire - neither the Roman nor the British - and which is not the United States of America. He’s interested in our living out kingdom values in our world today. He’s interested in what we will do when we find ourselves at the intersection of political life and religious life and whether or not our response to either is aligned with that kingdom, whose basic rules are but two: Love God and Love Neighbor.
We Americans have both freedom and responsibility. This is true in God’s kingdom as well. We are free from tyranny on both counts. But we are not free from the responsibility to serve God and to serve God’s people in God’s name. We have to choose, again and again, in every situation, in every realm, not whether but how we will do that. Loving God and Loving Neighbor are the lenses through which we must see everything if we are to be aligned with the kingdom of God.

That's not rebellion. It's downright revolutionary.

Penelopepiscopal said…
Thanks, Bill! This was my homily at this mornings Independence Day service put on by the Sons of the American Revolution.
July 4, 2012 at 9:15 PM

Bill Bynum said…
I'm sorry that I was not there to hear you deliver your sermon from the pulpit. On the other hand, I was able to read (and re-read) your sermon on your blog. Yet another example of a beneficial use of technology, if you need one. A web page is not the same as being there, but it is better than not getting the message at all.
July 5, 2012 at 10:42 AM