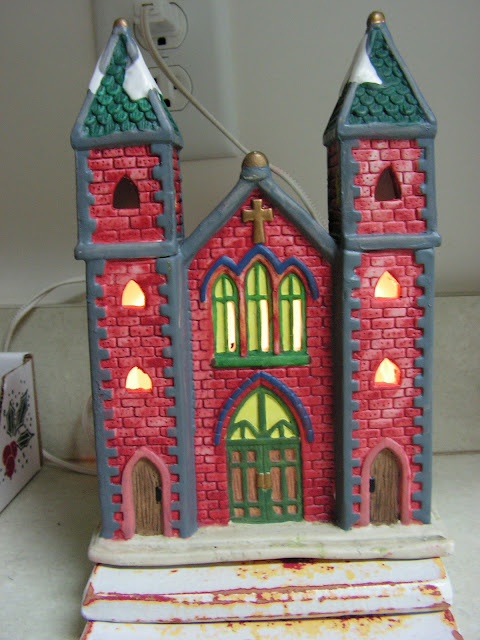 Have you ever found yourself praying for people who only exist in books? Or maybe on TV?

We can get very involved with the people we meet on pages (electronic or old-fashioned paper ones).  Sometimes, this is a diversion. Long ago, my brother got hooked on soap operas for a while when he was laid up and swore that watching people with those kinds of problems always made him feel better about his own situation.

Sometimes I submerge myself into a series that I can watch/read all in a row (as opposed to waiting until the next volume/episode is released). I want to know the whole story and stay completely in the story for as long as I can.  This may be because I have a tendency to hyperfocus (my husband calls it "obsess" which is a little harsh, don't you think?) on things. Or maybe it's because when I was little I had imaginary friends and now I just count fictional characters as friends.

Whatever the reason, getting deeply involved in a story serves all sorts of purposes. It helps us work out our own stuff sometimes. It allows us to engage in a kind of fantasy life. We may meet characters we would like to emulate or be friends with (Jeeves? Mr. Darcy? Nancy Drew? Buffy? The Maggie Smith character on Downton Abbey?) and we can observe how they do things with an eye to emulate them ourselves.  Or, getting deeply involved gives us a place to go to take a break from our own cares and anxieties and life in someone else's life for a while. But, I think, that's not all there is to it.

Long-time readers may remember a couple of posts I've done on books last summer in which I compiled lists of clergy detective type novels, which seem to be very popular with the ordained crowd. (See part one here and part two here.) As it turns out, at our recent book sale, I found three of the seven highly recommended Clare Fergusson novels by Julia Spencer-Fleming, and bought them.  They were not the first three, however, and so I had to order those, plus the last one, from Amazon to get started on the series, which everyone said should be read in order.  (I strongly agree.)

Well.  I was hooked pretty much 50 pages into the first one (In the Bleak Midwinter).  I stayed up late, got up early, and indulged in a couple of pajama days and plowed through all seven books in a matter of two weeks or so.  I won't go over the plot summaries or anything like that here (you can find them easily enough online), but here's what hooked me: the relationship between Clare Fergusson, former Army helicopter pilot and now Episcopal priest, and Russ Van Aylstine, the married chief of police.  The mysteries to be solved were interesting, and Ms. Spencer-Fleming is to be commended for mixing things up so that each novel has its own format (for example, the use of flashbacks, or alternating voices, or similar situations in parallel stories, etc.) rather than using a standard template formula for all of them. The dialogue is wonderful (and often laugh out loud funny, as when the chief compares the priest to a donut at a dance) and the characters are well-drawn.  But it was the relationship between the priest and the chief that really stood out.

Well, you may be thinking.  Priest and married-to-somebody-else guy? Hmmm.  But work with me here.  Clare and Russ are similar in many ways. He may be an agnostic long-time cop and she may be a newbie priest, but they recognize something in each other that deeply resonates. Their vocations call upon them to deal with all sorts of stuff other people simply can't imagine. They have this fierceness (maybe a holy fierceness) about them. They have codes of honor that they are trying their best to live up to. They're conflicted about many things and at the same time determined to honor the vows they have taken - him to his marriage vows, her to her ordination vows.  Neither of them is willing to let things slide, and they hold themselves and each other accountable, and it is often a struggle.

Their story and their relationship evolves over a period of three years and watching them work through the things that happen around them and to them (not to mention the ever-present sexual tension) in their professional and personal lives kept me plowing through the novels with barely a break. It wasn't just that I couldn't wait to see how things would turn out; I was amazed at the way each of them was able to be so emotionally raw and still keep going, to see how blind they could be to themselves while being so perceptive about others.  And I was constantly reminded of how we balance the unthinkable with the sublime.

Their dealings with one another are set beside other relationships that show just how strong these two are - often (but not always) in contrast to many of the other people in their community.   As you move through the books, you see how difficult things are for everyone, how hard it is to be honest, to trust, to figure out how to be faithful in every sense of the word, and you see just how honest the two of them are determined to be with one another, no matter what the personal cost and no matter what is going on in the world around them.  Not only Clare and Russ, but many of the characters in the books are complex rather than stock or caricatures, and adding in the gallows humor that makes up the daily life (even in extreme situations) of both cops and priests, made the series a pleasure to read.  And yes, I'm a sucker for a good, complex, love story.  One that successfully unfolds through seven books has to be both good and complex, like life itself, and I admired the way Ms. Spencer-Fleming handled this story arc.

And there's another piece to this - the background of Vietnam (for Russ) and Afghanistan/Iraq (for Clare). Many of us were only tangentially touched by these nonetheless defining pieces of our national life. But there were many who were more than touched - it was more like being branded - by these realities.  War is hell and nobody who is thinking thinks otherwise.

So, you might ask, have I actually been praying for Clare and Russ and the other inhabitants of Millers Kill, New York (the setting of all the novels)? No, not exactly. But yes, sort of. Their struggles have been in my thoughts as I go through my own days. Life is hard and figuring out how to deal with things like death, betrayal, greed, stupidity, carelessness and the cost of those things - many of them things no one should have to deal with - is often on my mind and maybe yours, too. And how we can honor those depths without sacrificing the joys and the challenges of the here and now. I have been praying for real people (including myself) who are beset with all sorts of burdens and anxieties, including the inner struggles about our own weaknesses, shortcomings, and failings.

If you've read this series, I'd be interested in hearing your thoughts. And if you haven't, I recommend them.

Gillian Barr said…
I have read all of the series. I read the first four long before I started the ordination process. The last two, I was en route to ordination or already ordained. I must say that once I was ordained the reading experience was *very* different on a deeply existential level. And that's w/o having anyone at all resembling a Russ-like figure in my life, and definitely not sharing any other similarities to Clare either, other than our vocation!
September 25, 2012 at 10:48 PM

Penelopepiscopal said…
Thanks, Gillian. It is interesting how we read through the lenses of our particular experience and will see things differently when our own circumstances change.
September 26, 2012 at 9:46 AM

Peggy said…
Iloved them like you read all at once
Can hardly wait for another in theseries
October 1, 2012 at 7:41 PM