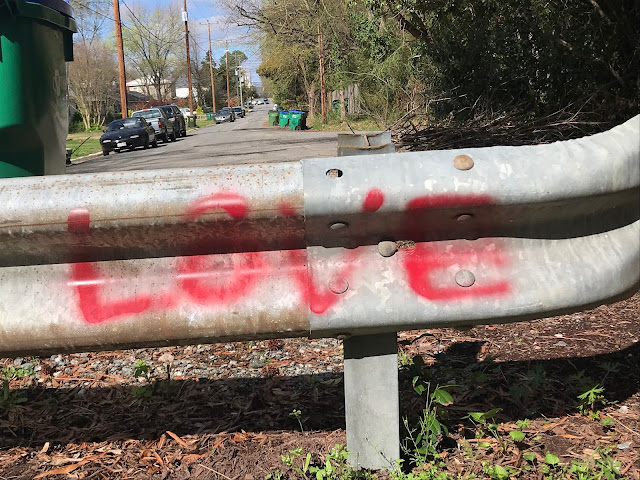 Grant, O Lord, that as your Son Jesus Christ prayed for his enemies on the cross, so we may have grace to forgive those who wrongfully or scornfully use us, that we ourselves may be able to receive your forgiveness; through Jesus Christ our Lord, who lives and reigns with you and the Holy Spirit, one God, for ever and ever. Amen.

It's Friday, but instead of focusing on bodily abstinence, today's prayer is about forgiveness. Basically, we are asking for the grace to be forgiving because 1) Jesus was forgiving and and he is our model, and 2) we want to be able to be forgiven by God.

This is always a little troubling to me, and the Bible is not uniform about this, the whole "if you won't forgive others then I won't forgive you" thing. I think it is probably correct to say that if one is not able to forgive then one is probably not able to accept forgiveness, but that's different than saying forgiveness is conditional. Some of our Bible stories suggest that it is conditional. Others show that grace abounds whether or not we deserve it - and that in fact nobody really deserves it so we should just let that idea go.

Setting that aside, though, today's prayer brings forward an uncomfortable suggestion, that we ought to forgive those who "wrongfully or scornfully use us." In other words, those who treat us with contempt or deliberately do us wrong. Of course Jesus is all about forgiveness, showing us that God knows we are frail and faulty and willful and wrongheaded but God desires us anyway and forgives our faults and wrongs so that nothing stands between us. And I am glad for that.

But there's a thorny side to this, which is that for a long time certain people (often women and people of color) are told they must forgive their abusers without those abusers being held to account. There are too many stories of pastors telling abused women that they must stay with their husbands and forgive them because that's what Jesus said. This is not what Jesus said or meant and using "forgiveness" as a cudgel is wrong.

A better example is the Truth and Reconciliation Commission that was established in South Africa where forgiveness was the goal, but it came with truth telling and accountability.

In the end, though, I do believe that being able to forgive others enables us to be forgiven ourselves. Many of us don't feel that we deserve to be forgiven for some of the things we say or do. That's why I'm glad it's not about deserving. It's about love.