Lazarus and the Rich Man, a Sermon 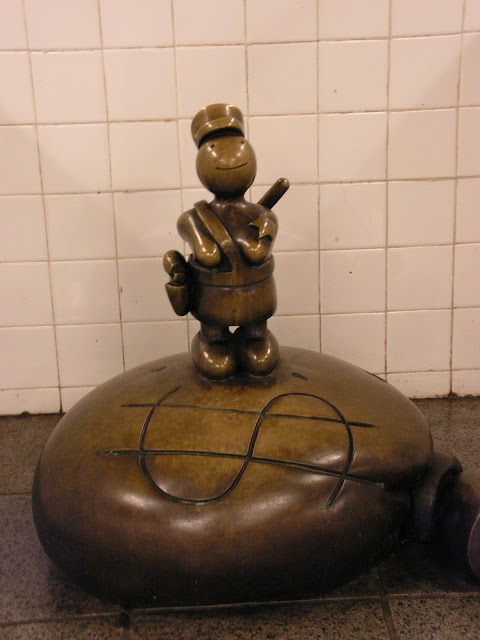 We have been seeing these last weeks in the Gospel of Luke continuing admonitions about wealth and how it is to be used.  The message is clear:  use your wealth in this life for the benefit of others.  We are called to lessen the loads of those who are under the thumb of whatever holds them hostage; we are called to be lavish in our rejoicing for them like the prodigal father and the woman who found a lost coin and threw a party.  For Jesus told us last week, you cannot serve God and wealth.  And the letter to Timothy reminds us today:  The love of money is the root of all kinds of evil.
Luke has a special message about money and stewardship and wealth, and to drive the message home, today we see the poor beggar Lazarus who died, starving and diseased, at a rich man’s very gate while that man ate wonderful meals and wore fine clothes and slept between clean linen sheets in his comfortable bedroom.

I once heard a story about a woman who saw a young boy scavenging in the dumpster behind a fast food place as she was about to drive away.  She stopped and handed him her bag of fried chicken and got back into the drive-through line to order another meal for herself.  When she passed by the dumpster again, she saw the little boy sitting on the curb, sharing his fried chicken meal with a little cat.
The chasm is there, but we can stand in the gap.  When we know that we ourselves are in need, we can more easily see and respond to the needs of others.  And if we have anything at all, then we have something to share.