Why I Love Mark

I know you're not supposed to have a favorite Gospel, but for a long time my favorite Gospel has been Mark. Sometimes Luke is my favorite for a while because of the wonderful Lukan stories and the role of women in many of the stories. And often John has been my favorite because of the delights and complexities found in its unique take on the Jesus story/event. But in the end I always go back to Mark. (Sorry, Matthew, but there are too many vipers in your version for you to ever be my favorite.) 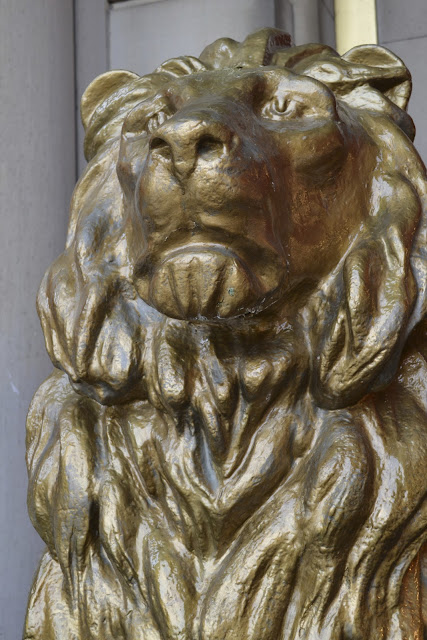 Why Mark? First of all, Mark was written first. Second, despite some other stuff tacked on at the end at a later date, the original Mark ended with the women running away from the empty tomb after the angels told them Jesus was risen and wanted everyone to meet him in Galilee. They ran away and didn't tell anybody because they were terrified.  Oh, how I understand that.

Fourth, nobody - NOBODY! - understands Jesus in Mark. The first to recognize him are spirits. And only well into the story does Peter then at least partially recognize him. And at the end, a Gentile centurion recognizes him just after his death. The way Mark tells the story suggests that in fact nobody could possibly truly understand Jesus until after his resurrection. It was only then that he was completely Jesus, and so those who were with him were not simply bumbling but literally not able to see the whole Jesus because the whole Jesus wasn't available until he had been raised.

And so it was only looking back that it began to make sense. Mark begins with Isaiah's announcement of the forerunner and then moves directly to the story of the forerunner and then Jesus just appears and before we know it, he is gone, and the whole thing has been so strange. The women are afraid and they don't tell anybody because they have no way of understanding what has happened.

That's pretty much the way life is. Sometimes stuff happens and it's very intense and only after it is all over can we look back and say, oh! This is the place where God was. Here is how God was working in my life. I couldn't see it while I was in it, but looking back, I can. I can remember God's promises and I can see the traces of God's handiwork now.

And so this is why I love Mark's Gospel. It may have been written nearly two thousand years, ago, but I still relate to it now. It tells the story of God in our world the way I most often understand God in my world. A great mystery, a force, that I often only begin to understand later.

Perpetua said…
I really enjoyed that, Penny. Though I've studied Mark in depth in the past and love John profoundly, I still come back to Luke, with his bias to the powerless and the outsider, as my absolute favourite.
April 26, 2013 at 10:39 AM

Penelopepiscopal said…
Thanks, Perpetua - it is interesting how we have our favorites! Thanks for telling yours!
April 27, 2013 at 11:44 AM